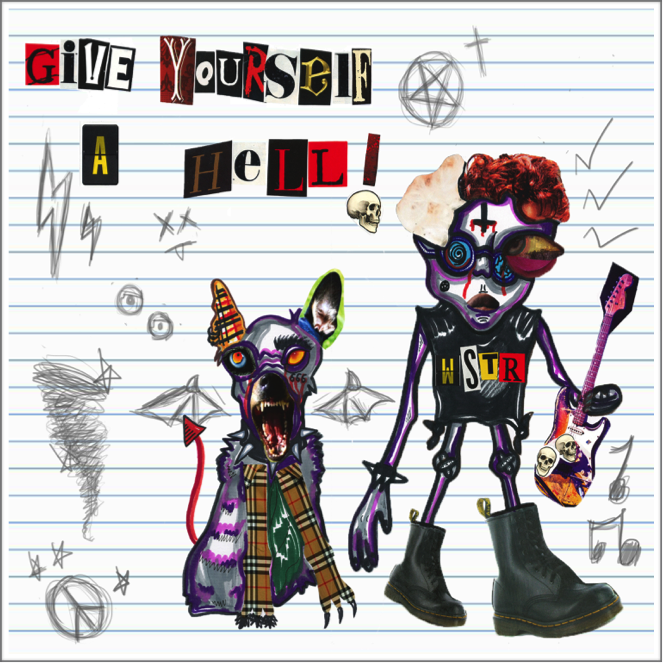 PERFORMING AT SLAM DUNK FESTIVAL MAY 25 – 26
MAY 15, 2019 – Liverpool, UK – WSTR have shared the new double single, Give Yourself A Try, featuring the covers “Give Yourself A Try” (originally made famous by The 1975) and “Gives You Hell” (originally made famous by The All-American Rejects). “Gives You Hell” had its exclusive premiere via Rock Sound‘s Worship and Tributes: Volume II compilation in Rock Sound issue 250 and is now available for the first time on digital and streaming. Fans can purchase and stream the single here: smarturl.it/giveyourselfahell
Working with long-time friend and producer, Seb Barlow (Neck Deep, As It Is), and feeling inspired to push boundaries stylistically, WSTR frontman and vocalist, Sammy Clifford started exploring some of his favorite songs and why he loved them. Speaking to covering “Give Yourself A Try,” Sammy admitted that the decision to cover the song was a personal journey. “I was in a bit of a strange place when this song came out and I instantly fell in love with it as I’m sure a lot of people did. I was a little scared that it was a bit personal to cover, but I knew that I couldn’t leave it out,”Sammy shared.
Similarly, Sammy admired the second cover “Gives You Hell,” albeit with a bit more of a competitive slant. “Recording this song bummed us out so hard because we just wished we had written it, “Sammy recalls, “I’m so happy that I finally got to cover the song, it’s gonna give you hell.”
After a brilliant 2018 that saw the release of Identity Crisis, their debut Hopeless Records full-length, touring with Neck Deep, The Faim, and Stand Atlantic, WSTR has no plans of stopping. The band will be performing on the Monster Stage (main stage) at UK’s acclaimed rock festival Slam Dunk Festival on May 25th and 26th. Tickets can be purchased here: https://slamdunk.seetickets.com/tour/slam-dunk-festival-2019
Identity Crisis is available now via Hopeless Records. Fans can purchase or stream the album here: smarturl.it/wstridentitycrisis.
WSTR is Sammy Clifford (vocals), Alex Tobijanski (bass), Tom Hawkes (guitar), and Kurtis Maiden (drums).
For more information, visit http://www.hopelessrecords.com