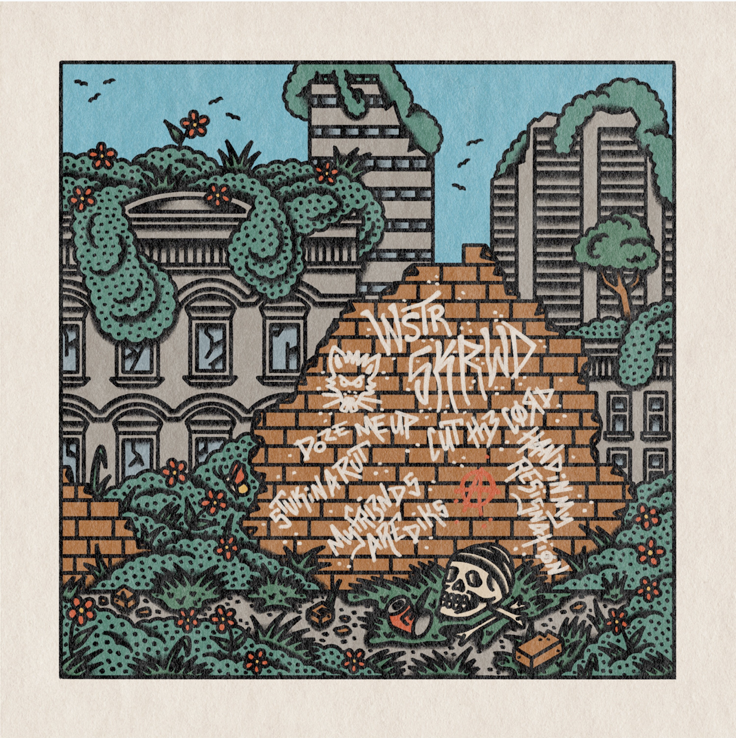 PREORDER SKRWD ON VINYL NOW AT
smarturl.it/SKRWDreimagined
JULY 1, 2020 – Liverpool, UK – WSTR is excited to announce after remaining out of print for years, their 2015 debut album SKRWD will be reissued on vinyl on August 14th 2020 via Hopeless Records. To celebrate the announcement, the band has shared two songs from the record “South Drive” and “Ain’t Great” re-recorded and reimagined. Fans can pre-order SKRWD on vinyl at smarturl.it/SKRWDreimagined
On the reimagined songs WSTR shares “It was dead nostalgic going over these old songs and we were all excited to put a new spin on them. It’s cool to bring in some influences we have now and bring them into stuff we did years ago. Some of them we straight up took the piss and had fun with but I think you’re gonna like them anyway.“
SKRWD follows up the band’s 2018 release of Identity Crisis, their first full length since signing to Hopeless Records.
SKRWD Track Listing:
1. South Drive
2. Fair Weather
3. Graveyard Shift
4. Brainsick
5. Ain’t Great
6. Devils ‘N Demons
For more information, visit http://www.hopelessrecords.com
Follow WSTR
www.facebook.com/wstrband/
twitter.com/wstrband
www.instagram.com/wstrband/