The new video follows the bands announcement of their 2022 headline tour with dates across the UK and EU, throughout January and February. Purchase tickets here

In true NOISY fashion, the group took a unique approach to the creation of the music video. After receiving a budget from their record label to create a video, the band withdrew the money and spent it on a night out in Brighton, inviting 14 of their mates along for the journey.

The group treated themselves to a hummer stretch limo, (real) NOISY tattoos, roller coasters, bumper cars, bars, clubs and the rest. Aside from the chaos the group cause, after such a tough and restrictive past few years, there is an underlying theme of optimism and hope for the future embedded within the video.

Speaking on the video, the band said: “Rock ‘n’ Roll Raver is about all the different characters you meet on a night out, everyone’s so different but all have one thing in common… they’re out escaping the mundane, completely losing their minds and forgetting about everything. We thought what better way to represent this song visually than taking all our mates on a night out, filming the whole thing with GoPros and turning it into a music video. It feels like we’ve really captured what the song is about”.

Alongside this latest music video release, the band recently brought their debut headline tour to a close. This included sold-out shows at Brighton’s Komedia Studio Bar and London’s Colours, which NME described as “a lively, breathless show of youthful energy and celebration”.

This feels very fitting for a group dubbed “the dance act of the future” by BBC Radio 1’s Jack Saunders.

Making music with no boundaries, NOISY comprises singer Cody, guitarist Connor and producer Spencer, a three-piece hybrid of hooks, beats and escapism. The group are massively self-sufficient when it comes to their art, writing, recording and producing all of their own music, designing their own merch.  as well as often shooting their own music videos.

NOISY has been on a rollercoaster of a ride so far, but the past month was beyond testing for the group. After supporting Yungblud on tour, they were preparing to head back on the road with You Me At Six, when they had their tour van stolen, along with the band’s guitars, drums, synths, FX pedals, amps; the lot. Miraculously though, through their own detective work, they managed to track down their stolen goods and reclaimed all the equipment, just in time to embark on their headline tour.

2021 saw NOISY perform Reading & Leeds, All Points East, Boardmasters and support the likes of Yungblud, You Me At Six and Don Broco. There is no question that the Worthing trio are meant to be on stage, and next year’s tour is set to be one more defining moment in their already exciting journey.

The new music video is the perfect burst of energy to sign off the year for one of the UKs most exciting groups. 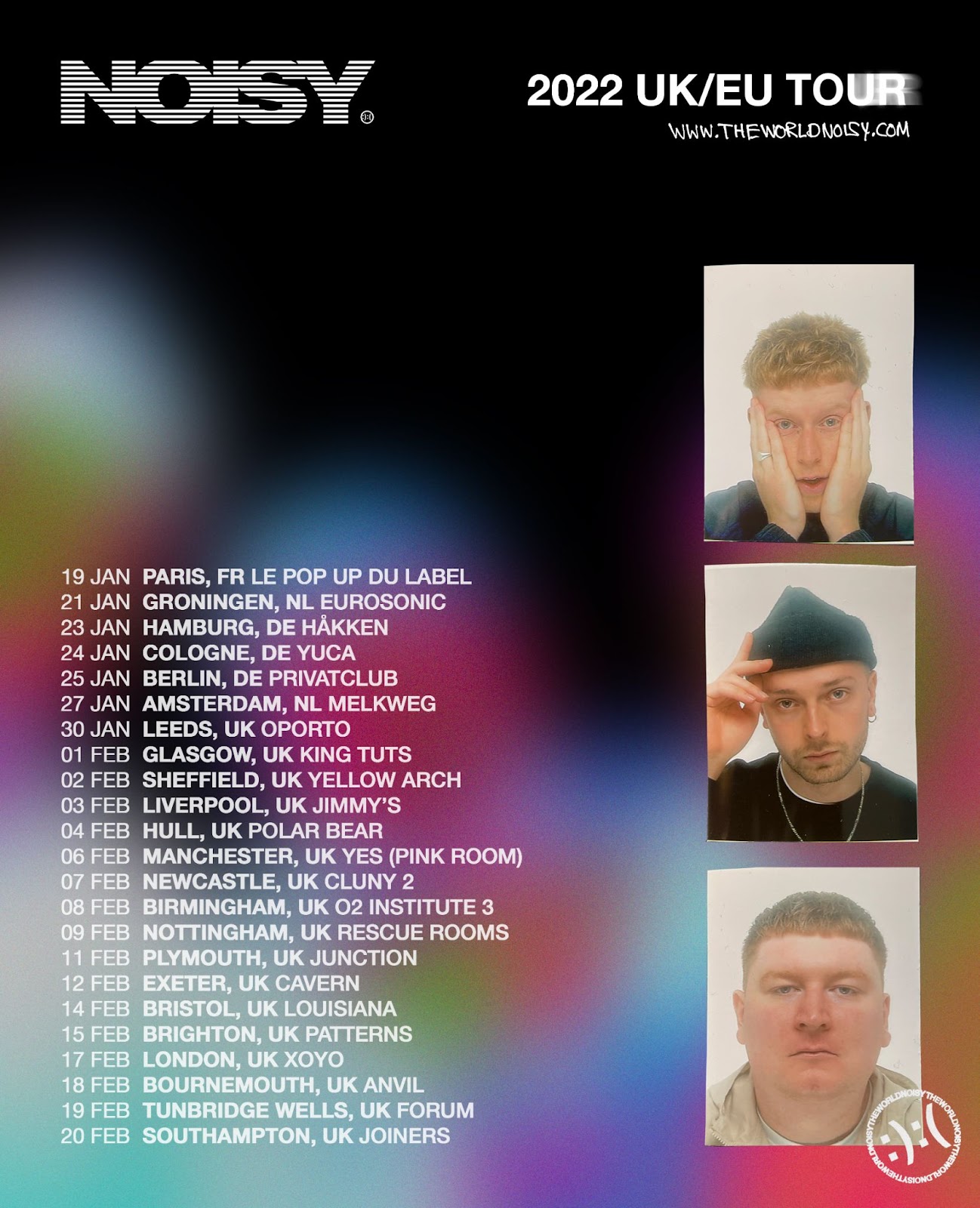