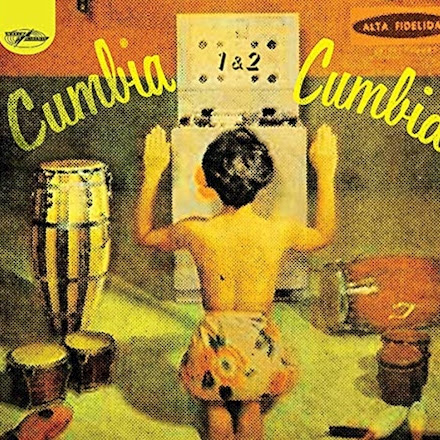 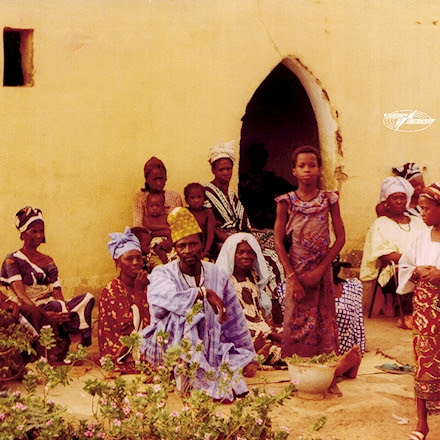 World Circuit announce the reissue of two essential records from their celebrated catalogue. ‘Cumbia Cumbia 1 & 2’, compiled by the label’s own Nick Gold, will be released on deluxe 180G, limited edition, red and blue vinyl on 26th February. Ali Farka Touré’s revered breakthrough album ‘Red’ will be available on vinyl for the first time since its original release in 1984 on 26th March.
‘CUMBIA CUMBIA 1 & 2’
Cumbia, the music and the dance synonymous with Colombia, has been around almost since the 17th century. Today, it’s a badge of identity for Colombians everywhere, but is now also enjoying a global renaissance; filling dance floors and captivating a new generation of music fans. This collection brings together some of the greatest recordings made by Colombia’s legendary record label, Discos Fuentes, between 1954 and 1988.
WATCH THE VIVID NEW ANIMATION TO PEDRO LAZA Y SUS PELAYEROS’ ‘CUMBIA DEL MONTE’ HERE
Discos Fuentes was founded in Cartagena in 1934 by the visionary musician, arranger and producer, Antonio Lopez Fuentes. It was the first important record label in the country and grew into a company of immense significance for Colombian music, responsible for thousands of hits and scores of legendary singers and musicians over six decades. Fuentes hand-picked his musicians and singers then meticulously arranged, produced and recorded their music in-house.
This collection presents thirty of these three-minute-masterpieces, showcasing the gamut of styles that make up the distinctive and irresistible cumbia sound; a sound typified by a loping 2/4 gait and a pulsing rocksteady bassline, overlaid with heavy rural percussion, brass, accordion, clarinet, electric guitar and vocals. Disc 1 features a broad range of cumbia styles with recordings from 1960 through to 1988, whilst disc 2 digs further into the classics of the past focusing almost exclusively on the 1950s and 1960s. Upon its release, The New York Times commented, “this album makes a case for cumbia being one of the great overlooked dance musics of the Caribbean”. Featuring cumbia’s biggest hits from Rudolfo y su Tipica, Gabriel Romero, Sonoro Dinamita and Armando Hernandez, ‘Cumbia Cumbia 1 & 2’ is a flawless collection from the Golden Age of Cumbia.
ALI FARKA TOURÉ – ‘RED’
Proclaimed by Mojo magazine as “the Sun sessions of Malian guitar music”, this classic album is back on vinyl for the first time since its original 1984 release. The album’s reissue will coincide with the 15th anniversary of Ali Farka Toure’s death on 6th March 2006 at the age of 66.
In 1982, the great Malian singer-songwriter and guitarist Ali Farka Touré, then still in the early years of his recording career, teamed up with the brilliant percussionist Hama Sankare. Together, from a base in Ali’s home village of Niafunké they travelled through Northern Mali, refining a collection of new songs. When they were ready to record they followed the River Niger as it wound down through the desert, to the capital city of Bamako.
In one afternoon, the great Radio Mali house engineer Boubacar Traore captured these eight superb performances on two microphones: two voices so close it was thought they were double-tracked, one guitar (the distinctive Bulgarian acoustic model that Ali treasured) and Hama’s calabash percussion making its first appearance on record. The album, which includes some of Touré’s best-loved songs, was released self-titled with no sleeve notes, just an enigmatic group photo on the cover. It became known as the ‘Red’ album due to the colour of its original sleeve.
Vinyl and cassette copies of ‘Red’ began to circulate in West Africa, as well as making their way to Ry Cooder in the US and to specialist journalists and DJs in the UK and France. On hearing the album Andy Kershaw remarked, “there have been only a handful of occasions where I’ve felt as a gambler must feel when he hits the jackpot and, one of those times was discovering the phenomenal Ali Farka Toure.” The album was popular in Mali and the Tuareg refugee camps in Libya, where it became an influence on the musicians who came together as Tinariwen.
6th March 2021 will mark the 15th anniversary of Ali Farka Toure’s passing at the age of 66.
‘CUMBIA CUMBIA 1 & 2’ TRACKLISTING:
LP1
LP2
ALI FARKA TOURÉ – ‘RED’ TRACKLISTING:
PRE-ORDER ‘CUMBIA CUMBIA 1&2’ HERE
PRE-ORDER ALI FARKA TOURÉ ‘RED’ HERE
www.worldcircuit.co.uk
www.facebook.com/AliFarkaToure