BE THE BELIEVER
video
‘Exhibits’ has been in the works for over a year and a half, but is finally being unleashed to the legions
of hungry melodic rock fans that the band has enraptured with its first three albums. “It’s been a long
time indeed. Five years, although funnily enough it didn’t seem that way,” says Work Of Art guitarist
and producer Robert Säll. “Everyone in the band was busy doing their own thing and it wasn’t until
mid-2017 when Serafino [Perugino, President Frontiers Records] asked us about our plans for a new
album and it hit us that it really was about time. So we spent the best part of 2018 writing and recording
it and here we are!”
Work Of Art debuted in 2008 with their debut album, ‘Artwork’. Arriving out of the blue, it immediately
struck a chord with melodic rock afficionados all over the world. With a sound inspired by greats such as
Toto, Giant and Journey, WOA soon established themselves as one of the most promising newcomers
in the genre. Around this time, guitarist and main composer Säll also joined W.E.T, the project featuring
solo star Jeff Scott Soto and Erik Martensson of Eclipse, thereby cementing his status in the scene.
Expectations for the follow-up album, ‘In Progress’, were sky high, but Work Of Art lived up to the hype
and the record was a hit in their home territory of Sweden. The next step was to begin performing live,
which they did for the first time in Madrid in January 2012, following it with other shows around Europe.
Their third album, ‘Framework’, followed in 2014 and kept the momentum going for the trio who, simply
put, became the top new AOR band in mainland Europe.
‘Exhibits’ is the logical next step for WOA and encompasses all the qualities they have shown to date.
Offering another bunch of unforgettable songs with soaring melodies from singer Lars Säfsund and the
amazing instrumental prowess of Säll and drummer Herman Furin, ‘Exhibits’ will thrill fans of the band
and of the genre as a whole. “Like always, when Herman, Lars and I get together, it sounds like us, it
sounds like Work of Art,” states Säll. “However, with this record I tried to bring out more ‘old school AOR’
influences and get rid of some of the West Coast influences that were on our previous albums. I wanted
it to be an AOR album, not a melodic rock album, not a West Coast album, just a classic AOR sounding
album, from start to finish!”
Overall, this is certainly Work Of Art’s most up-tempo and straight ahead album thus far, but it also
features some unbelievable softer moments, with notable highlights including legendary keyboard player
Vince DiCola (author of the ‘Training Montage’ piece on the Rocky IV soundtrack) as a special guest on
‘This Isn’t Love’.
“If I had to pick one favourite track it would be ‘This Isn’t Love’,” concludes Säll. “It’s definitely old school
sounding, it’s catchy, yet there’s a lot of things going on composition and arrangement-wise. It reminds
me of a time when this kind of music was allowed to be musically interesting. Jim Peterik wrote some
beautiful lyrics for it like only he can, Shem von Schroeck plays bass and, to top it off, it’s got an
amazing solo by Vince DiCola. We asked Vince for a keyboard lead, he came back with a whole
keyboard symphony! It is easily one of the personal highlights for me on this album.”
‘Exhibits’ is an album that no AOR fan can afford to miss.
EXHIBITS
TRACKLISTING
1  Misguided Love
2  Be The Believer
3  Another Night
4  This Isn’t Love feat. Vince DiCola
5  Gotta Get Out
6  Come Home
7  If I Could Fly
8  Destined To Survive
9  Scars To Prove It
10  What You Want From Me
11  Let Me Dream
Produced by Work Of Art
Programming and Keyboards: Robert Säll & Lars Säfsund
Keyboards on tracks 2, 7 & 10: Jonas Gröning
Keyboards on tracks 5, 6, 8 & 9: Jonas Öijvall
Keyboards on track 4: Marcus Möller
Keyboard solo on track 6: Robert Elovsson
Keyboard solo on track 4: Vince DiCola
Keyboard solo on 10: Jonas Gröning
Bass on tracks 2 & 4: Shem von Schroeck
Bass on tracks 3, 6, 7, 8 & 10: Andreas Passmark
Bass on tracks 5 & 9: Nalle Påhlsson
Bass on track 1: Henrik Linder
Bass on track 11: Figge Boström
Percussion on tracks 1-4, 6-11: Mikael Emsing 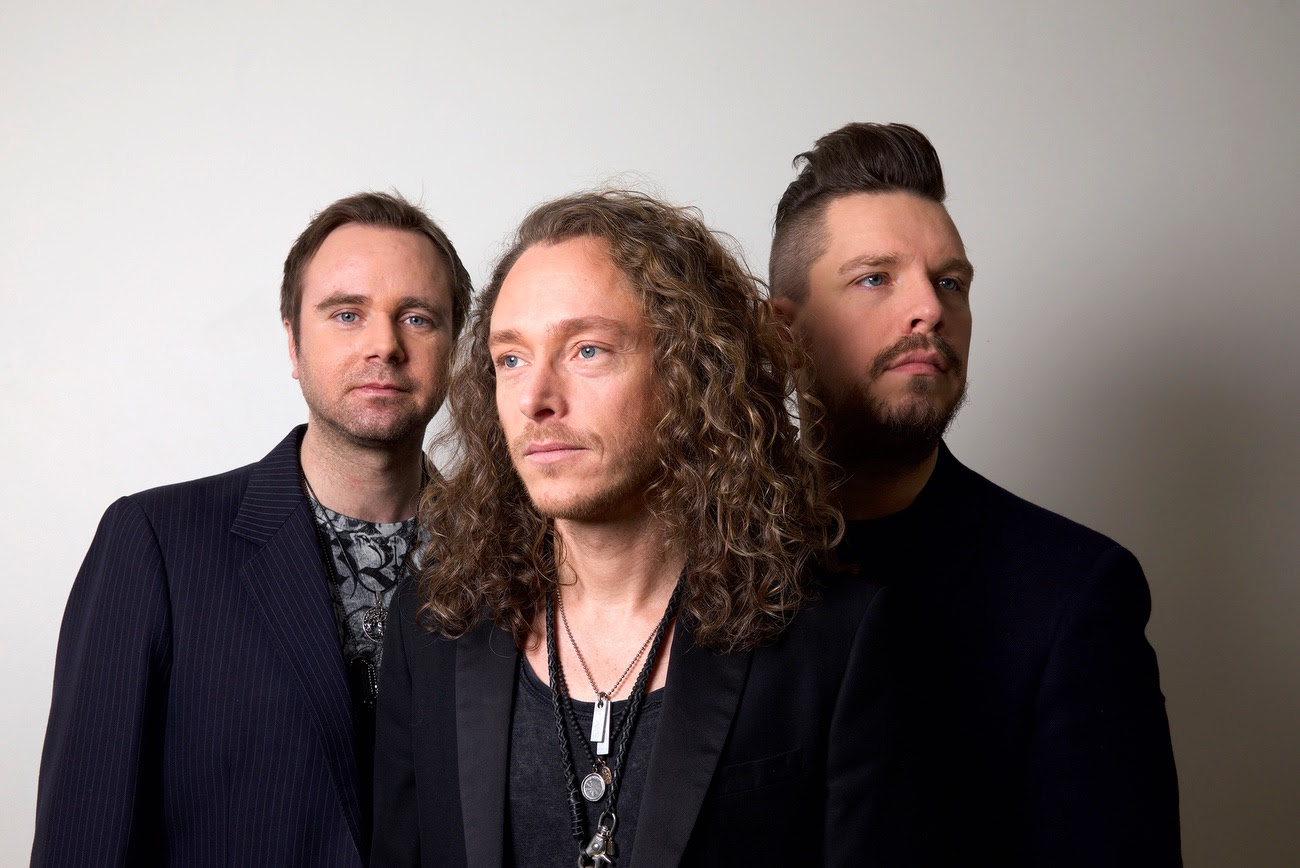 WORK OF ART
Lars Säfsund – vocals
Robert Säll – guitars
Herman Furin – drums
facebook.com/musicofworkofart
ABOUT FRONTIERS MUSIC SRL
Originally founded in Naples, Italy in 1996 by Serafino Perugino and his father Fernando as a
distribution company, Frontiers has developed into one of the premiere independent rock labels in the
world. Synonymous with quality music from across a broad spectrum of rock genres, the company has
worked with multiple genre heavyweights and fan favourites. Aside from providing a home for classic
artists from the 1970s and 80’s, it also boasts a wealth of young, up and coming talent that, with a savvy
and forward thinking A&R and marketing approach, will be developed into the future of rock and metal.
With a deep commitment to and passion for THE MUSIC and the artists who create it, plus massive
global distribution, sales, marketing and publicity channels, Frontiers is the premiere home for both
established and emerging rock artists.
Head Office: Naples, IT | U.S. Office: Nashville, TN
Subscribe to be alerted when new videos are added:
radi.al/SubscribeFrontiers
Follow the ‘Newest From Frontiers’ playlist on Spotify:
spoti.fi/1rQz5Zm