The moon, an autumnal atmosphere, fog in the woods, vampires and a wicked storyteller – as an 80s horror fan you’ll get everything you desired by watching the cinematic new video clip for WITHERFALL’s “As I Lie Awake”. The video was directed by the renown director Zev Deans who didn’t just do spectacular videos for the likes of Ghost, Behemoth or Chelsea Wolfe, but also Denzel Curry and St. Vincent.

Dim the lights, sit back and enjoy “As I Lie Awake (Official Video)”: https://youtu.be/KFbrq-n17Gs

WITHERFALL comments: “’As I Lie Awake’ is the catchiest WITHERFALL song to date. It was created with much arguing and loud drunken chicanery. Early on the band and producer Jon Schaffer agreed that this should be the lead single.  Director Zev Deans who had directed Ghost’s ‘Dance Macabre’ was enlisted for the job and the video for ‘As I Lie Awake’ features a great ‘Lost Boys’ styled treatment. Thanks again to Duffs in Brooklyn, we didn’t mean to spill blood and wine on your carpet…”

Director Zev Deans about the video:

“When Joseph sent me the song, it immediately transported me to an era when both heavy metal and horror movies were all about sex, blood and ultimately, a good time! Movies like ‘The Lost Boys’ were in the movie theaters and long-format music videos like ‘Thriller’ were on MTV.” “As I Lie Awake” is the second single taken from “Curse Of Autumn”, the upcoming album from L.A.’s finest WITHERFALL that is scheduled for a worldwide street date on March 5th, 2021 with the US vinyl being available April 2nd, 2021. Preorders will be launched shortly.

What could possibly be a better time of the year to dive headfirst into dark melodic metal? While the shadows of winter are creeping up upon us and the nights get longer it is the perfect time for “Curse Of Autumn” to unfold.

The album art is once again another hand painted masterpiece by the legendary Kristian Wåhlin, the fourth painting in the WITHERFALL series.

“Curse Of Autumn” was produced by Jon Schaffer (Iced Earth, Demons & Wizards) for Ravencraft Productions, Joseph Michael (vocals, keyboards, also in Sanctuary) and Jake Dreyer (guitar, also in Iced Earth, Demons & Wizards). For the recording and mix they teamed up with Jim Morris (Savatage, Iced Earth, Kamelot, Death) while Tom Morris took over mastering duties. After most WITHERFALL songs were written with just an acoustic guitar, pen and paper and copious amounts of red wine, it was the group effort of the full production team that made a difference. “Jon Schaffer and Jim Morris really brought a lot of energy to these sessions”, Michael comments. 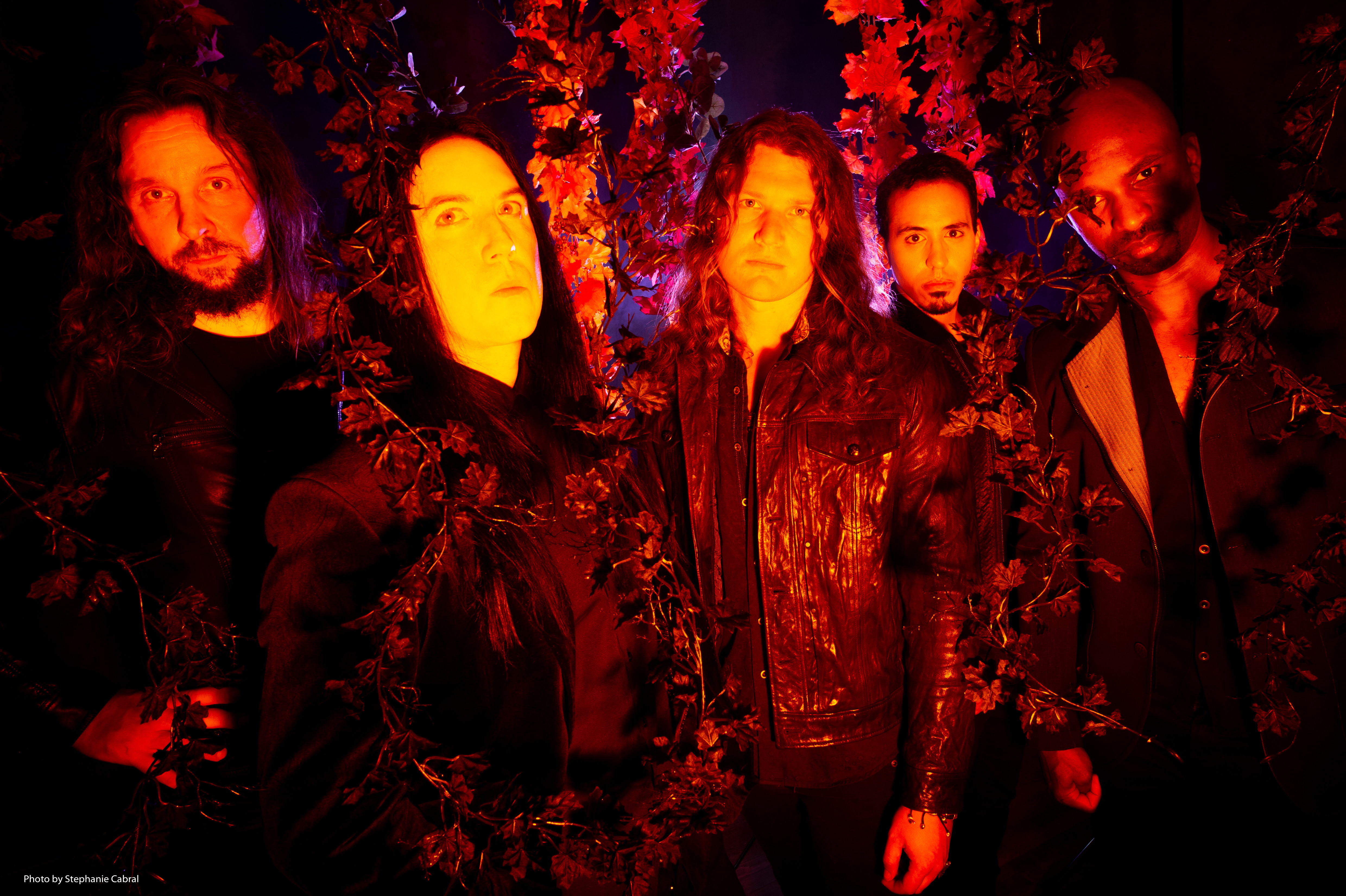 (photo by Stephanie Cabral)WITHERFALL are: