US dark melodic metal act WITHERFALL is releasing an alternate arrangement of ‘Ode to Despair’. The original recording can be found on WITHERFALL‘s latest album “A Prelude To Sorrow” and is now going to be released as an acoustic version on the “Vintage EP”, which will be out on 22 March and available during the group’s upcoming European tour.

You can listen to ‘Ode to Despair’ here: https://youtu.be/pq0MCWvrz7s

The band says, “Being invited as special guests on Sonata Arctica’s ‘Acoustic Adventures’ tour, we knew we had to re-imagine some of our songs to realise the vibe of the tour.  Our partners at Century Media came up with a brilliant idea of recording a few of these and including them on the upcoming ‘Vintage EP’. Being our most successful single to date, ‘Ode to Despair’ was the first one we thought of. The track was recorded in a split session bookending a tour of Japan with Kamelot. Vocals and guitars were literally followed by a 5am flight to the Far East then, after the tour, we headed straight from the airport to the studio. This is also the first song to incorporate new keyboardist; Alex Nasla. We also had the privilege of working with James “Timbali” Cornwell (Earth Wind & Fire, Janet Jackson) who provided the percussion that really makes this track standout.”

WITHERFALL already released another single from the “Vintage EP”. Watch the official video to their version of Tom Petty’s ‘I Won’t Back Down’ here: https://youtu.be/lzxZ3DU_CoI 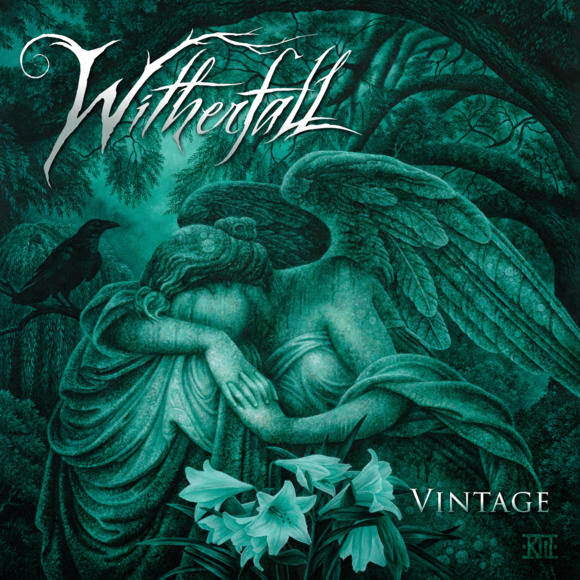 The “Vintage EP” is available for pre-ordering now, with WITHERFALL offering an exclusive green “Verdigris” vinyl limited to 200 copies alongside t-shirt bundles. The transparent-magenta “Vintage Pinot Noir” vinyl, limited to 100 copies, has already sold out from Century Media’s European Store.

WITHERFALL will be part of Sonata Arctica’s “Acoustic Adventures” tour, which is kicking off on 13 March in Oslo, Norway. Full dates and venues are as follows: