We Came As Romans — Joshua Moore [guitar], Dave Stephens [vocals], Lou Cotton [guitar], Andy Glass [bass], and David Puckett [drums] — are rebooting the anniversary tour celebrating their landmark, 2009-released album To Plant A Seed. The tour was originally scheduled for Spring 2020, but it was tabled due to the COVID-19 pandemic.

To Plant A Seed was a definitive sonic statement for We Came As Romans and remains a fan favorite through this day. It’s only fitting that the band commemorate the release with a tour.

“We are ecstatic to finally be able to perform TPAS in its entirety and celebrate its anniversary,” says Stephens. “Before the tour was originally cancelled due to the COVID outbreak, the shows were incredible. I have no doubt in my mind they will be better than ever this time around and some of our most memorable ones to date!”

When the tour was first announced, Moore had said, “We’re really excited to announce the anniversary tour for our first record To Plant A Seed. Being able to watch our fans connect with us through music over the last decade has been an amazing privilege, and it all started with To Plant A Seed. Way back in 2009 when we recorded it, we had no idea where it would take us or what we were really even doing, and it’s awesome to see that we can play these songs still, and feel that connection with you. But over the course of the years, we’ve released four other albums and we’re even working on a fifth! With that being said, we are going to be throwing these songs into the vault of old WCAR — and retiring them from all future setlists after this tour. So make sure you grab your tickets and come hear these songs one last time live.”

The tour kicks off on September 29 in Philadelphia and runs through November 7 in the band’s native Michigan. Support will come from The Devil Wears Prada, Dayseeker, and Hollow Front. All dates are below. Tickets go on sale on Friday, June 25 at 10am local time. Pre-sale tickets are available now. Get tickets here. 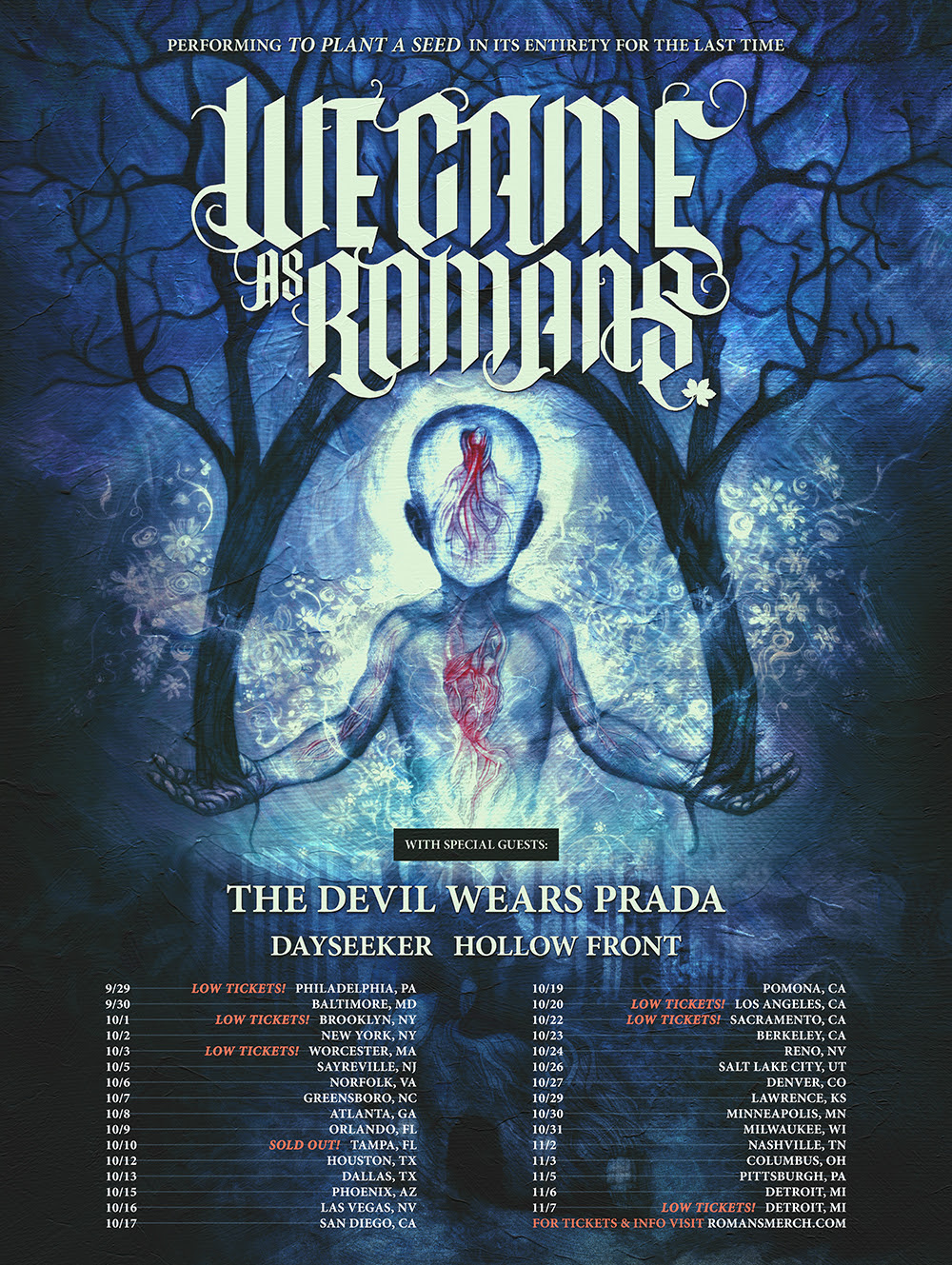 WE CAME AS ROMANS ONLINE: