Måneskin took to the stage of The Eurovision Song Contest in Turin, Italy to debut their fiery new single “Supermodel” for the first time, celebrating a year since their famous victory. Written in LA and produced with Max Martin and his team, the band’s eyebrow-raising performance of their new single was met with immense applause as they chanted out the California-tained rock anthem to fans all over the world.

During the night, they also teased a breathtaking cover of Elvis Presley’s iconic hit “If I Can Dream”, pairing melodic guitar rhythms against Damiano’s stunning vocal delivery. The full cover will be revealed as part of the ELVIS Original Motion Picture Soundtrack for Baz Luhrmann’s upcoming new film “Elvis” out June 24.

After giving fans a taste of what to expect from their upcoming live dates, the fast-rising global rock stars will kick off their world tour “LOUD KIDS TOUR” on October 31 with a sellout gig in Seattle and will hit other sold out cities including New York, San Francisco, Atlanta and Washington, as well as a new date in Los Angeles before embarking on their recently expanded European leg in 2023 – playing iconic venues including London’s O2 Arena, Accor Arena in Paris and Berlin’s Mercedes Benz Arena.  For all tour dates, tickets and information, please visit: www.vivoconcerti.com 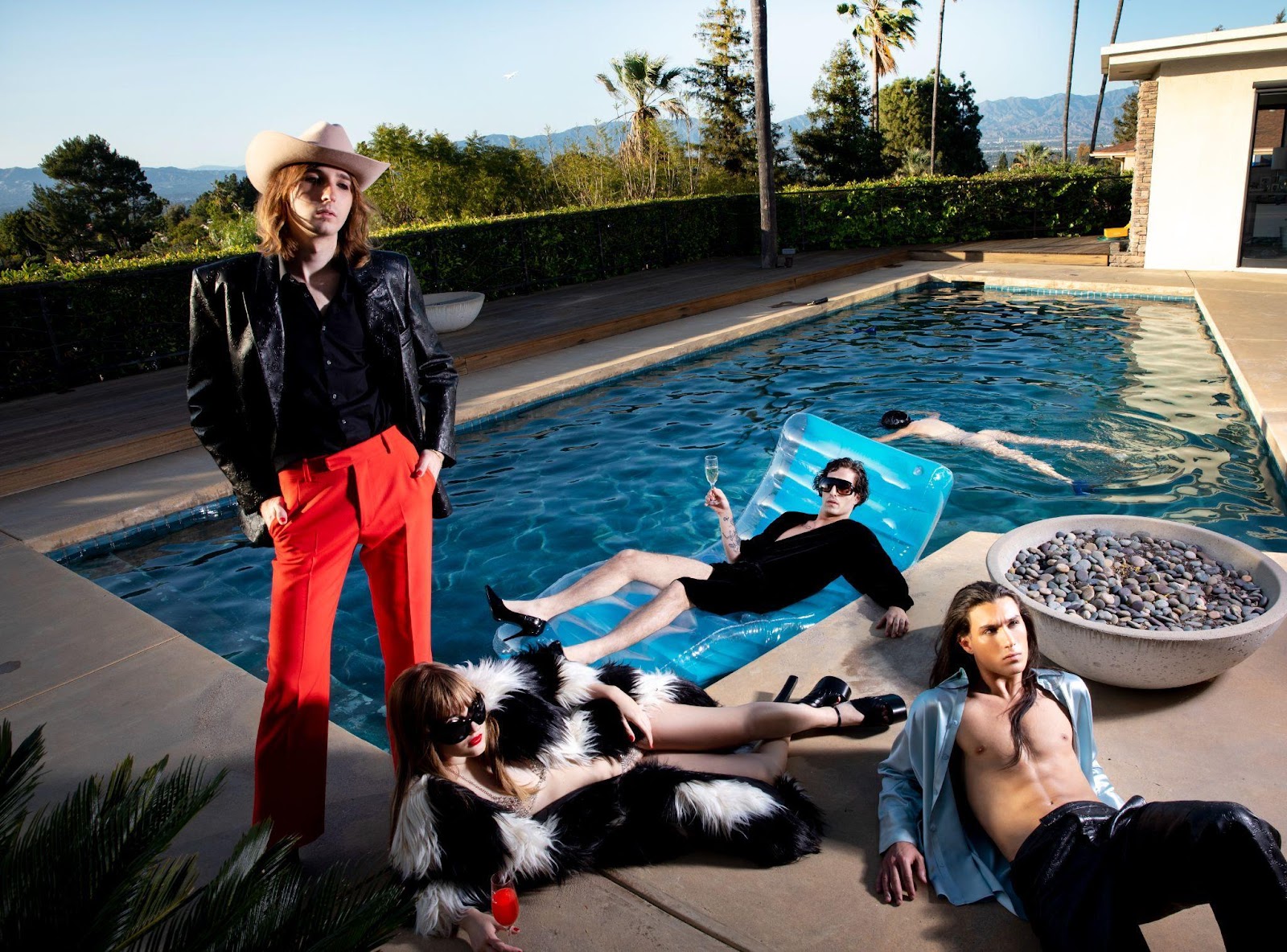 ABOUT MÅNESKIN: 2022 will see the fast rising band warm up for their North America tour dates with a group of major festival appearances this summer, including Lollapalooza, Reading & Leads, Summer Sonic Festival, Rock in Rio, Aftershock and more. After a year of success, with 6 diamond discs, 133 platinum and 34 gold, Måneskin are the most listened to Italian artists in the world on Spotify. Last year saw Måneskin conquer the UK with their smash hits “I Wanna Be Your Slave” and “Beggin’”, becoming the first Italian band in history of music to crack the UK Top 10 Chart with two singles simultaneously. The song IWBYS also boasts a riotous version – an iconic collaboration with the Godfather of Punk Iggy Pop, released on August 6, 2021. And when they put their new European tour on sale, all tickets sold out in the space of two hours!  Måneskin recently  upgraded their European shows to iconic venues including London’s O2 Arena, Accor Arena in Paris and Berlin’s Mercedes Benz Arena. Other achievements include their double nomination at The BRIT Awards 2022 for ‘International Group’ and ‘International Song’, as well as their MTV European Music Awards win for ‘Best Rock’, the first ever win for an Italian artist in an international category. Their triumph in the US has been just as impressive. Måneskin held two special concerts in New York and Los Angeles and were special guests at The Rolling Stones’ concert in Las Vegas. They have also performed on prime TV shows, Jimmy Fallon’s Tonight Show and The Ellen DeGeneres Show, and did an outstanding performance of “Beggin’” and ‘I Wanna Be Your Slave” for their debut appearance on Saturday Night Live, not to mention their first time playing at the legendary Coachella Festival last month. Following a whirlwind of a year, Måneskin recently received double nominations for best ‘Rock Song’ and ‘Rock Artist’ at the Billboard Music Awards and was hailed in Forbes 30 under 30 for Europe.