Wardruna are releasing an official music video for the streamed live performance of “Fehu”. Einar Selvik says, “Fehu is a song inspired by ancient runic poetry. The word itself refers to cattle/livestock and wealth and the song discusses the duality of wealthiness. “Fehu” was originally released on the album Runaljod – Yggdrasil in 2013. It has been a permanent song in our live-set ever since the release and thus, it feels great to finally release a live version of the song.“

The release date of Kvitravn: First Flight of the White Raven has been moved to 10th June. A statement from Einar is as follows; “Due to a very unfortunate production issue, we are forced to move the release date of First Flight Of The White Raven in all of its formats to June 10th. On a more positive note and due to popular demand, we will make the DVD available as a standalone item and offer the concert as VOD (Video-On-Demand) through our World and US online-shops.” He continues, “the DVD presale starts April 22nd along with a new digital single and video from the upcoming release. We apologise for the inconvenience this may cause and we are grateful for your understanding.”

WATCH THE OFFICIAL LIVE VIDEO FOR “FEHU” VIA YOUTUBE BELOW

In 2022, a year after the release of Kvitravn, Wardruna are presenting Kvitravn – First Flight of the White Raven – a release on 2CD, and digital formats, including the original Kvitravn studio album of 2021, plus a audio release captured from their lauded, boundary-pushing virtual live experience First Flight of the White Raven of March 26th 2021. This new release captures their special set list consisting of songs from Kvitravn and fan favourites from across their discography.

As a special treat, it will be available as a limited Box Edition including 2LP (black), 2CD, DVD, Flag of the album cover, Certificate of authenticity for the box and an exclusive autographed card signed by Einar Selvik.

-DVD: available in the band’s world and US online shops from today: www.wardruna.com

“Kvitravn – First Flight of the White Raven is an audio-visual recording that was broadcasted online, as the release show of the Kvitravn album. It was recorded in a time when it was not allowed to perform in front of an audience, which made it very important for me that the recording itself truly captured the energy of a live performance. What you hear, is what we performed in that moment in that room. No re-recordings or autotune was done in the afterwork. Just like for a regular concert, the set list was carefully put together with a selection of songs from all our albums, including a handful songs from the new album, which we performed for the very first time. On the day of recording, we all stood together in the same room for the first time in over a year. Everyone came focused and well prepared and the energy felt like no time had passed. I hope you will agree!” – Einar Selvik 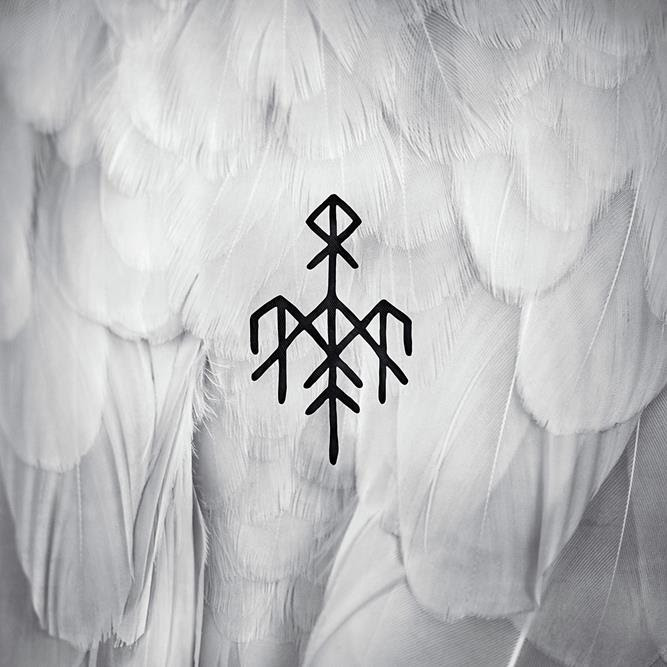 Cover art for the 2CD release

Fylgjutal (Speech of the Fylgja) 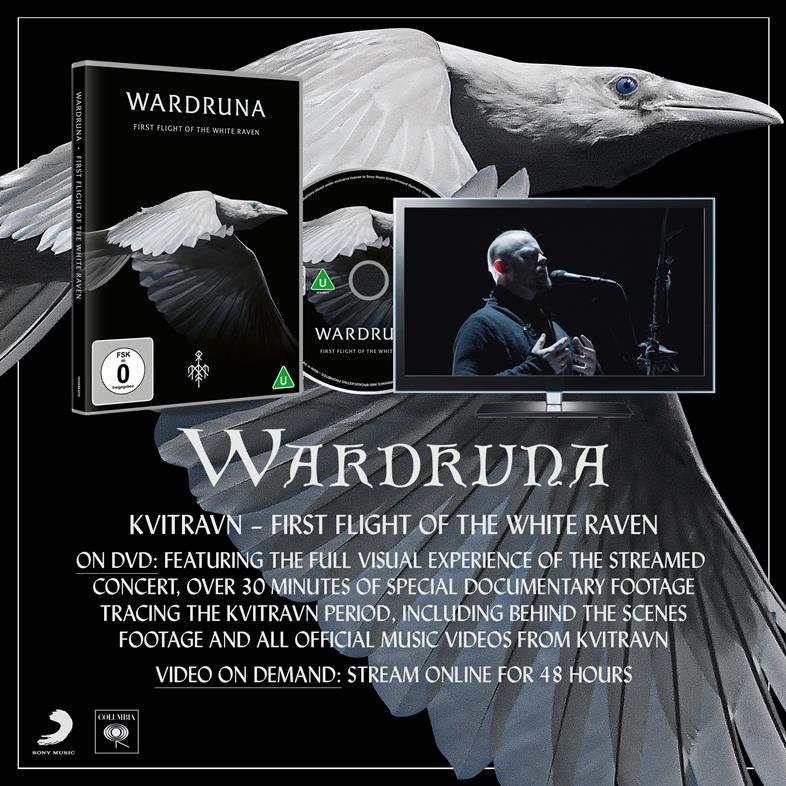 Wardruna have carved a rich, polyphonic and dramatic musical landscape that honours the ancient past without gimmick, whilst simultaneously illuminating meaningful expressions of Norse tradition through intrinsically detailed contemporary composition.

While nothing is necessarily obvious with Wardruna, the years since 2009’s debut album Runaljod – gap var Ginnunga have seen increasing international success. Runaljod – Yggdrasil came in 2013 and was followed in 2016 by Runaljod – Ragnarok. The latter climbed to the top spot in America on Billboard’s World Music charts, and did so in Canada too. In 2018, the low key, live-in-the-studio Skald was released. For Wardruna’s fourth album, Einar had taken a similar approach to his solo shows with a stripped-back, intimate sound.

The combination of Einar’s deep knowledge – he has lectured in academic settings on the old Norse world and its music – and his hands-on approach attracted the attention of the creators of the History Channel’s TV series Vikings. From its second series, in 2014, Einar came on board as co-composer alongside the show’s main composer Trevor Morris and worked on the programme up to its fifth series, which aired in 2019. He even appeared on-screen in a couple of episodes.

Ever-busy, there was also 2016’s Skuggsjá – A Piece for Mind & Mirror where Einar and Ivar Bjørnson of Enslaved fashioned a chronicle of Norway for the anniversary of its constitution and, the next year, the intense Snake Pit Poetry release, credited as an Einar Selvik solo project.