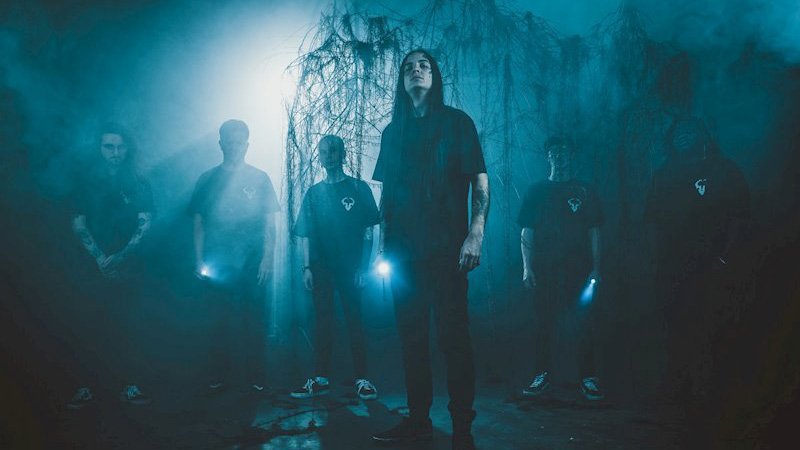 Bob The Butcher has been running around, getting himself on all sorts of album covers and into some mischief, but now is the time to hear exactly what he was preparing us all for.

Vulvodynia is a Brutal Death Metal band from South Africa which formed in 2014, with the intention of being more than a slam band, incorporating the heaviest music possible to decimate everything in its path and the band were signed to Vicious Instinct Records in the same year. Adding a third member to the band, the debut full-length release Cognizant Castigation was released with featured guests spots from Acrania’s Luke Griffen and Ingested’s Jason Evans, among others.

In 2015 the band found themselves and released a mammoth 8 track EP, which completed the band’s initial record deal and following a few changes in the line up the band signed to Lacerated Enemy Records and released their third studio album Psychosadistic Design and then hit Europe, including Deathfest Open Air and Fall In The Brawl.

The follow up to the 2015 EP Finis Omnium Ignorantiam, Praenuntius Infiniti is the bands first release under the banner of Unique Leader Records and what a way to mark this new relationship.

Incorporating an increased amount of Melodic and Technical Death with the usual Brutal and Slamming Death Metal, this new angle provides an additional layer of awesomeness that takes the band to the next level and as soon as the concerning intro has passed, the punishment begins in stunningly heavy fashion. The Tech immediately begins to twist your mind as the slab of brutality cracks you in the temple and shakes your brain in a way that you struggle to recover from.

There is a heavy Deathcore element to the album and also has some extremely impressive breakdowns that will pop a few discs out from your spine, and the Slam influence is enough to shatter your cartilage. Every aspect of the album is top draw and equally as brutal. The album flies past but leaves many marks as it does so and by the time the album ends, there has been no stop in the brain shake.

Praenuntius Infiniti is the next stunning album by this blistering band and catapults the bands even higher and pushes the standard even higher. The blending of genres results in something a bit different but with crippling effects. This is a stunning addition to any collection. 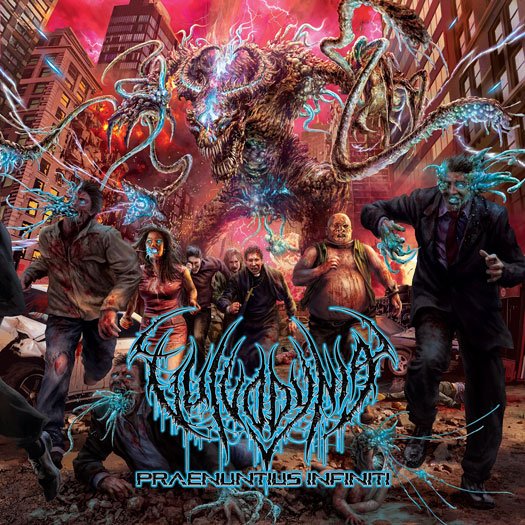