While Canadian progressive sci-fi metal innovators VOIVOD are completing their current European summer touring run, they have now announced next touring activity in support of their current and much acclaimed studio effort “The Wake”, which was released via Century Media Records worldwide last September. Next to comprehensive tour of North America for September-October with Revocation, VOIVOD will also be returning to Europe and the UK together with the one and only Gwar in November-December. 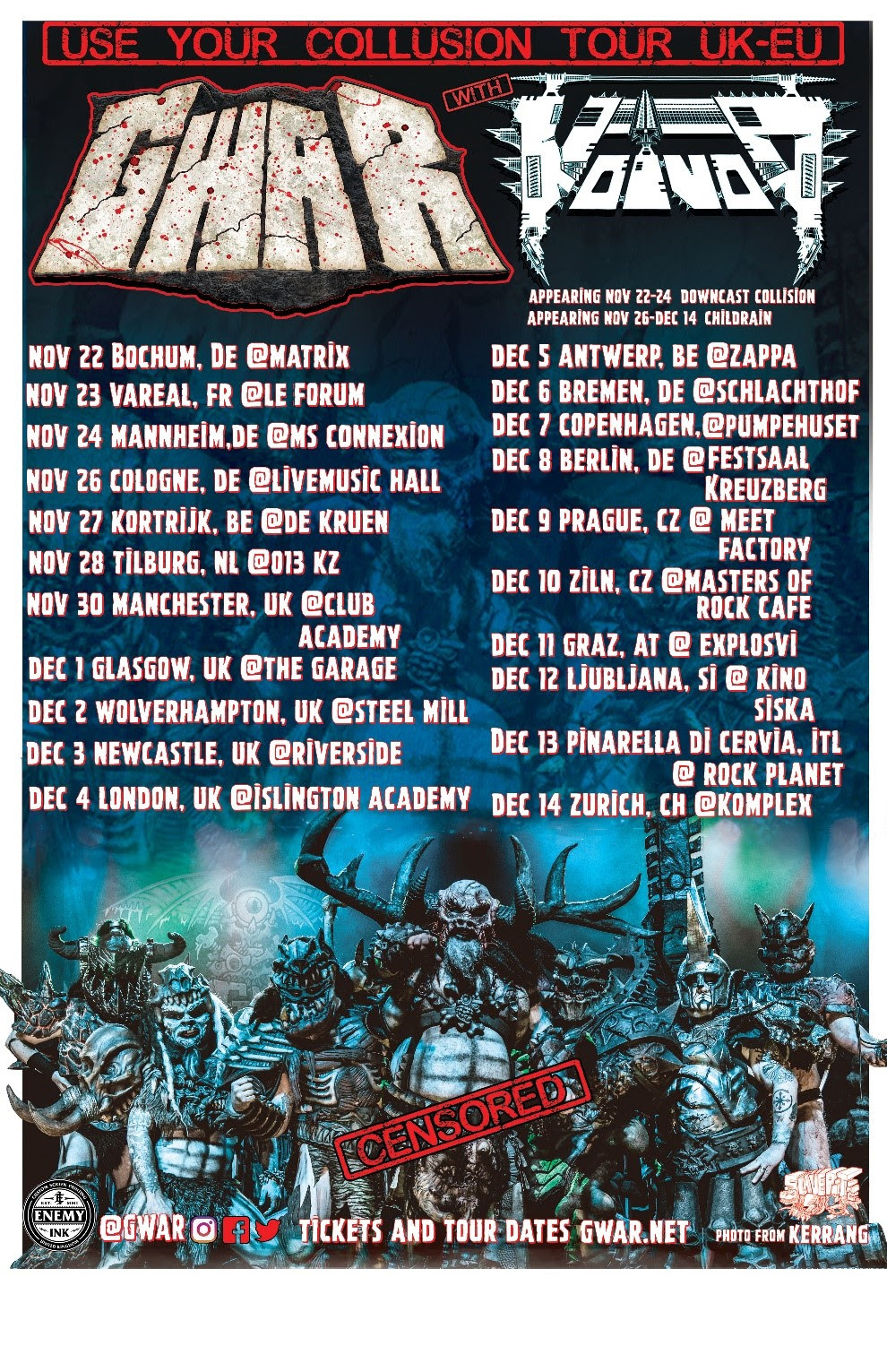 VOIVOD drummer Michel “Away“ Langevin checked in with the following comment: “At last, after centuries, Gwar and VOIVOD will travel all the way from Antarctica and Morgoth to conquer Europe this winter!“

Here is a list of the exact dates in order to mark your calendar:

All other shows with Childrain as support!

VOIVOD are currently wrapping up a successful European summer run with final shows in Greece and will next be be on the roads across North America in September-October with Revocation, Psycroptic, Skeletal Remains and Conjurer from 13.09.2019 – 12.10.2019

VOIVOD have recently been nominated for “International Artist of the Year” in the 2019 Progressive Music Awards. The awards ceremony is to take place September 12th in London at the Shakespeare’s Globe Theatre. More info HERE!

VOIVOD have previously won the Juno Award (Canadian equivalent to the Grammy Awards) for “Metal/Hard Music Album Of The Year” for their “The Wake” album, which was recorded and mixed by Francis Perron at RadicArt Recording Studio in Canada and its artwork was once again created by VOIVOD drummer Michel “Away” Langevin. The album entered sales charts in various countries upon release as follows: Germany: # 26, Switzerland: # 51, Belgium (Wallonia): # 94, USA Current: # 97, USA New Artist: # 8 and USA Overall: # 148.

Check out the following singles off “The Wake”:

You can order “The Wake“ in various formats HERE!