We come from the North, where the union of ice and fire created primeval spring waters.

We penetrate minds to tell a story, the tale of worlds birth.

We will teach you that in the beginning there was chant…

SKÁLD is a unique project in music inspired by Nordic mythology. Developed over time by a group of enthusiasts, the project originated when producer-composer Christophe Voisin-Boisvinet encountered a trio of talented singers whose voices had atypical timbres. Together they decided to breathe new life into the poetry of the ancient skalds, whose ancient language – Old Norse – told stories of the Vikings and their gods.

In the early Middle Ages, the skalds of Scandinavian society were storytellers, poets and musicians. In the same way as the bards of the Celts, they sang the praises of their bloodlines, narrating the epic feats of heroes or the exploits of their Gods in times when the oral tradition was sovereign.

Blending chanted narratives with rhythmical song — in a combination carried by music that often led to a state of trance — the skalds captivated their listeners with the power of the images they evoked. Skaldic poetry is extremely strong, with a rich vocabulary and often complex verses that confer a mysterious aura on the meaning, conferring the status of an initiate on the author of such works. It can also be noted that this narrative role was not reserved for men alone, as the names of several female skalds are known to us.

Alas, very little information exists as to the origins and function of these skalds. Were they heirs to the shamans, part-sorcerer and part-magician? Did they play a ritualistic or cultural role? Today, nobody can be certain.  Thanks to some unique documents, however — like the wonderfully poetic Edda, an anthology of poems we owe to the Icelander Snorri Sturluson — part of the Skaldic legacy has come down to us over the centuries.

It is that legacy which the ambitious music project SKÁLD brings to life again today by immersing the listener in a rich, evocative soundscape created using a broad palette of instruments chosen specially for the occasion. Tribal percussion, with shamanic drums of varying sizes, are used to evoke martial strength and victory. Other smaller percussion — like bones taken from animals, or deer antlers — has particularly pagan inspiration, while the musicality of stringed instruments like the lyre, the talharpa, the citole played with a bow, the jouhikko, and the nyckelharpa or keyed harp, reveals the wealth of Scandinavia’s culture. As for the omnipresent song, it carries all these aspects within it at the same time.

And SKÁLD is above all a vocal project, carried by three singers who are specialists in the song techniques of the skalds, singing that has come down to us by means of the rare surviving accounts of the period. Making use of the full power of their voices and extraordinary tessituras, their songs, whether guttural or lyrical — yet always profound and organic — give birth to a multitude of strong, evocative images.

The group’s repertoire takes its inspiration particularly from La Völuspá and Gylfaginning, both of which are contained in the poetic Edda. These texts, which Christophe Voisin-Boisvinet brought together especially for this project, before adapting them and setting them to music, deal with Scandinavian cosmogony as well as mythological episodes featuring the gods of Ásgard. The singers of theSKÁLD ensemble also bring the runic alphabet back to life, throwing light on the symbolic places of the Vikings’ universe such as Valhalla or the nine kingdoms of Yggdrasill, and painting portraits of titanic confrontations between Ases and giants.

Justine Galmiche, Pierrick Valence and Mattjö Haussy all come from different worlds in music, although all share a mastery of vocal technique and perfect knowledge of Scandinavian cultures. Whether through an instrument or a language of ancient times, or for having been part of historical reconstitutions of the Viking era, each of the above has for years been demonstrating that this universe, far from being a simple fashion, is on the contrary a way of life to be practised daily.

All of this sends the listener back a thousand years, to raids led by Vikings and times when savagery rivalled with subtlety.

Thanks to SKÁLD, you will board the famous langskips that accompanied explorers of the impossible on voyages to discover unknown lands; you will engage in awesome battles that ring with the clash of axes and swords as they strike the shields of warriors; you will dance in the midst of the Völur, the priestesses who foretell the future — and then, in a state of trance, you will cross the Bifröst on the back of Odin’s horse as a guest invited to the banquets of Nordic gods.

SKÁLD — no ordinary music project — will plunge you into a distant tale, one that takes its source in a primeval age when the kings from the seas of the North caused empires to tremble… 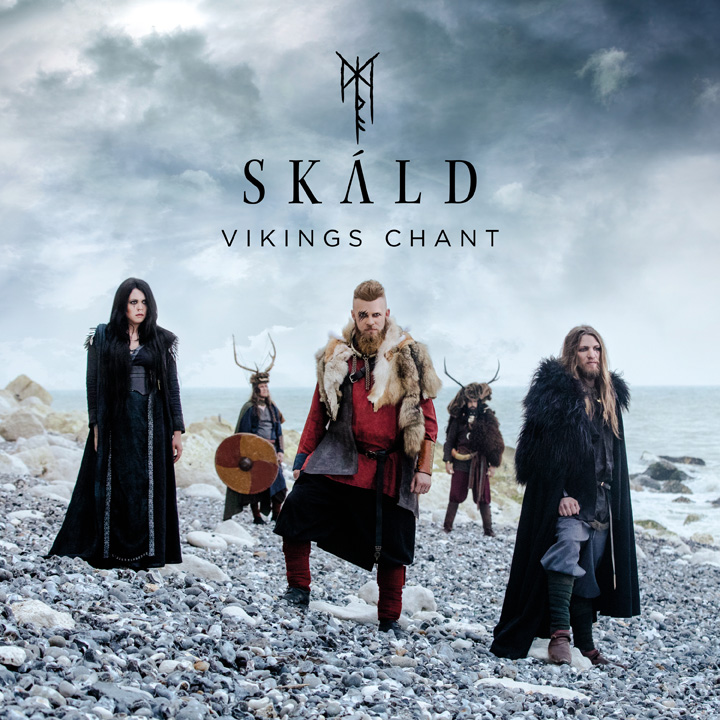 The french pre-order of the CD Collector Pack limited to 500 copies containing the SKÁLD «Vikings Chant» (including lyrics and translations in French), the band T-shirt in size L, the necklace of the SKÁLD bindrune as well a tattoos board designed by singer Justine Galmiche (aka Naraka) is now available:

«Vikings Chant» will be released worldwide in three versions: CD Collector Pack, Vinyl and limited edition 32 pages CD-book containing the lyrics and their translations in French.

You can listen the three first titles here : 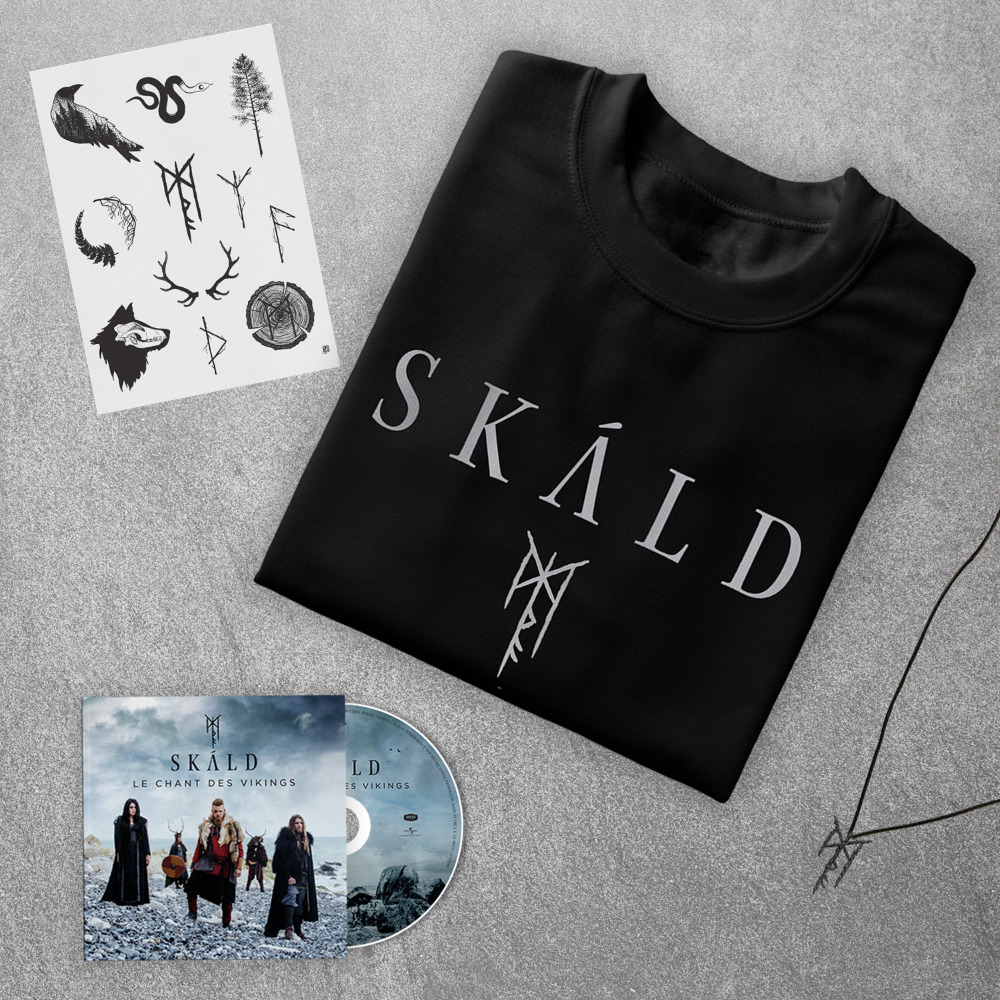