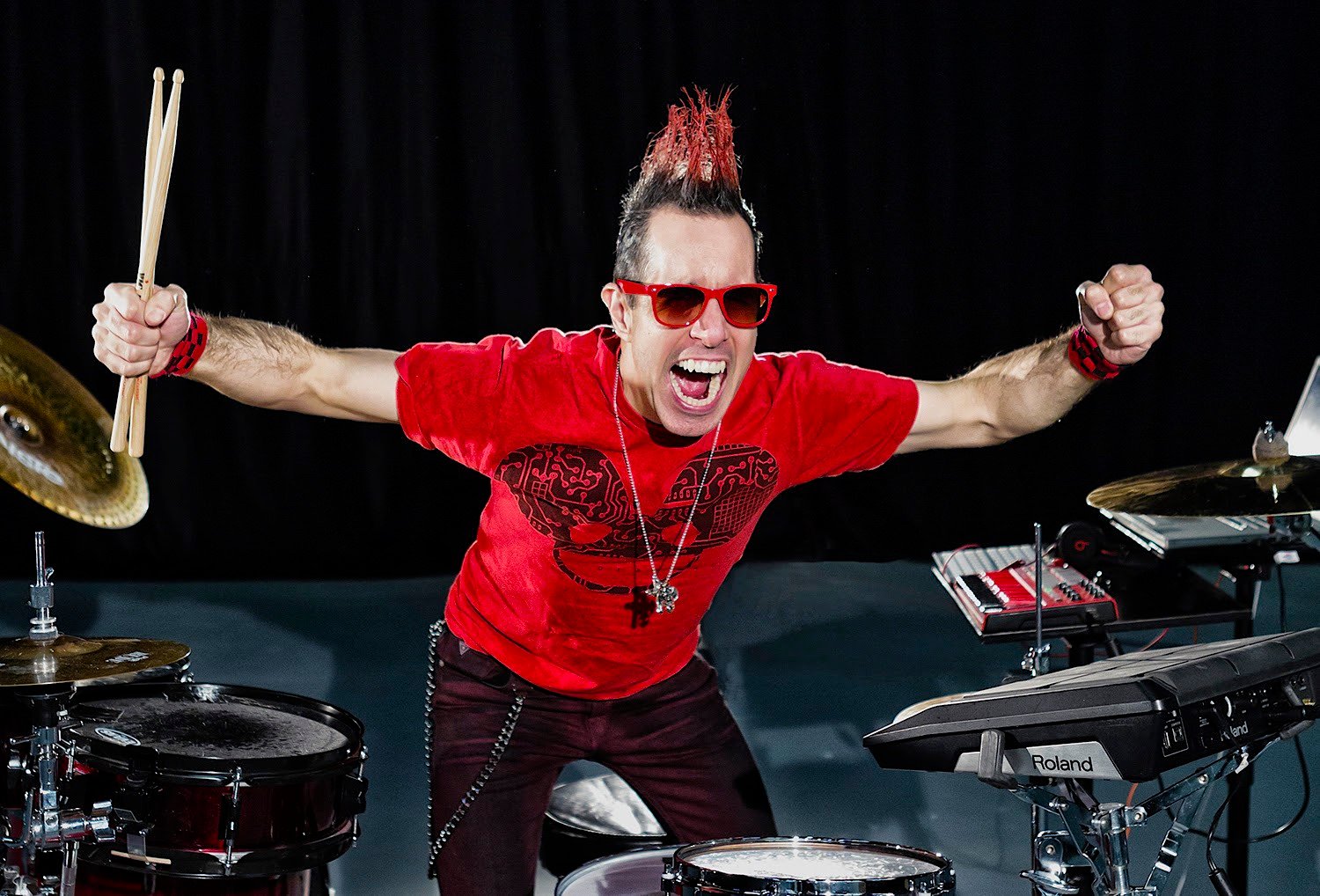 DRMAGDN’s new single featuring Jeremy O’Shea (Velvet Revolver) and Matt Beck (Matchbox 20) is out today!
“Not Alone,” is a genre-bending single that is heavily influenced by EDM, pop and rock.
DOWNLOAD/STREAM “NOT ALONE”
“Jeremy O’Shea from Velvet Revolver is a friend I’ve collaborated with before in NYC and his unbelievable rock voice was perfect to balance out the folktronica vibes of ‘Not Alone.’ Matt Beck and I have played together for years live and on record in NYC so he was my swiss army knife on guitars and piano adding to what I already programmed on the track,” explains DRMAGDN.
Cyborg Drummer/DJ is a NYC Live Electronic Performer, Producer & Music Director. He has played The Winter Olympics, Lollapalooza, Warped Tour, Lincoln Center, Carnegie Hall, Metlife Stadium, Bamboozle Fest, MTV’s TRL, AOL Sessions, The View & The Today Show. He has Toured 24 Countries, 43 US States plus can be heard on 175+ Records. He is in the Sick Drummer Hall Of Fame, in Blender Magazine’s “Best Drummers Of All Time List” and AllMusic says that “Drummer Charlie Z must be heard even to be believed.” DRMAGDN has over 650k YouTube views, 260K Spotify plays with over 30k Monthly Listeners, 150k Instagram followers, 915k Soundcloud plays and 2.2 Million TikTok views. With just 4 singles out off his debut “Escape From NYC ” record, DRMAGDN has garnered 4+ million total plays/views across all platforms.
Instagram (152K+) | Website