from the Frontiers Music EU and US webstores

The new album from German progressive metal masters Vanden Plas is part one of a two part concept
project, with the second album to be released in 2020.
The ninth studio release by the quintet, ‘The Ghost Xperiment – Awakening’ continues to underscore the
high artistic level of musicianship and lyrical creativity that the band have sustained for so long. Based
on an actual documented paranormal experiment, the main character in the story, created by frontman
Andy Kuntz, is Gideon Grace, a man who has to fight constantly for his life against the relentless
shadows of the ‘House of Rain’ as he wanders through France. Burdened with a heavy weight of sorrow
following the agonising death of his beloved Ivy, Gideon’s pain is also the driving force in the war with
his demons. He expands his knowledge with books that he discovers in the library of a German school
of metaphysics, and it is here that he reads about secret teachers and parapsychological
experiments, which become an important foundation from which he can fight against the
creatures of darkness. However, when it comes to the first showdown, rather than finding peace,
Gideon’s battle tears open a hole deep into the abyss of Hell….
Musically, Vanden Plas once again offers up a perfect combination of heavy and melodic styles, with the
orchestral arrangements less to the fore in comparison to their previous album. Simultaneously, the
band returns closer to its original roots via progressive elements heard in songs such as ‘The God Thing’
or ‘Far Off Grace’. Overall, the six mostly lengthy tracks achieve an impressive and fascinating effect
through a very band-oriented arrangement, so that the clear, intense urgency of the songs shines through
naturally. The listener is captivated from the start by the epic songs and the story told through the lyrics.
A product of the band’s trusted collaborations with sound engineer Markus Teske at Bazement Studios,
‘The Ghost Xperiment – AwakenIng’ is a phenomenal album that yet again proves why Vanden Plas
are among prog metal’s elite class.
THE GHOST XPERIMENT – AWAKENING
TRACKLISTING
1  Cold December Night  7:20
2  The Phantoms Of Prends-Toi-Gardes  5:23
3  Three Ghosts  8:48
4  Devils´ Poetry  9:43
5  Fall From The Skies  9:31
6  The Ghost Xperiment  5:54 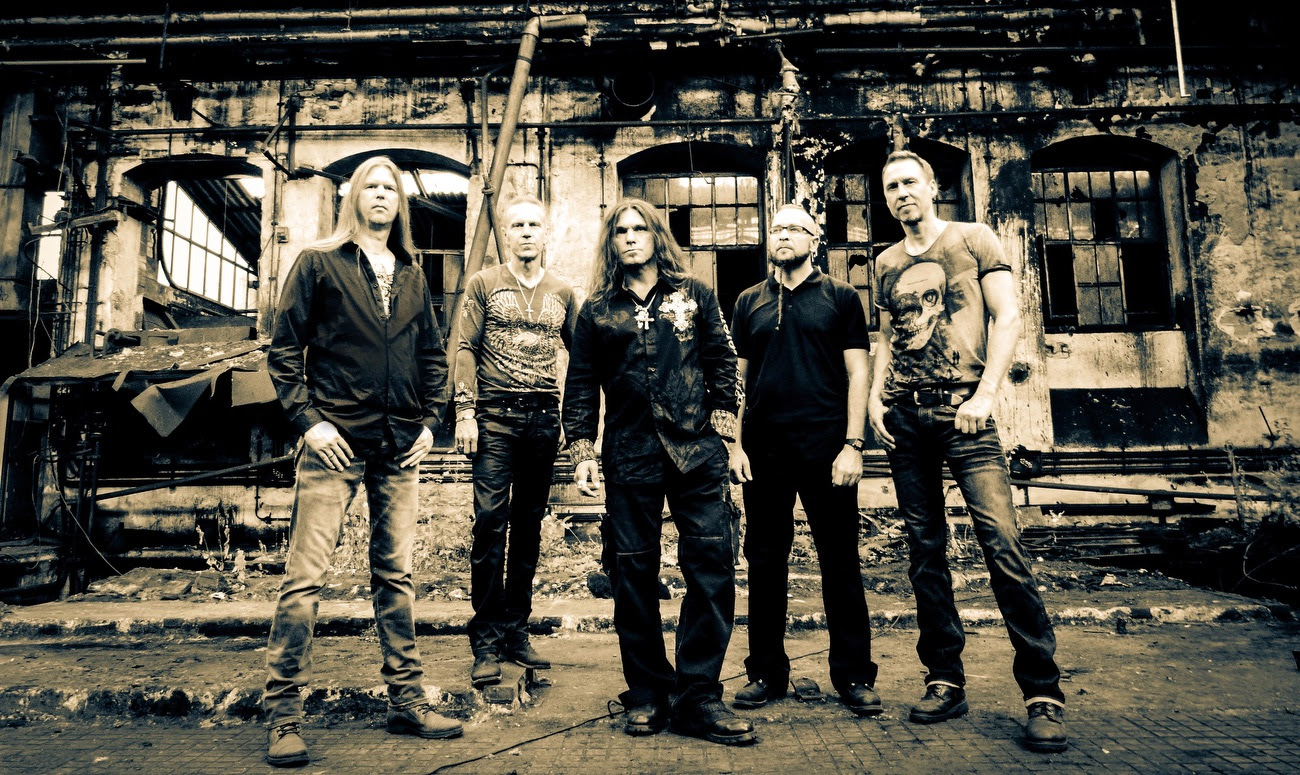 VANDEN PLAS 2019 – photo by Janik Wagner
VANDEN PLAS
Andy Kuntz – vocals
Stephan Lill – guitar
Günter Werno – keyboards
Andreas Lill – drums
Torsten Reichert – bass
vandenplas.de
facebook.com/VandenPlasOfficial
ABOUT FRONTIERS MUSIC SRL
Originally founded in Naples, Italy in 1996 by Serafino Perugino and his father Fernando as a
distribution company, Frontiers has developed into one of the premiere independent rock labels in the
world. Synonymous with quality music from across a broad spectrum of rock genres, the company has
worked with multiple genre heavyweights and fan favourites. Aside from providing a home for classic
artists from the 1970s and 80’s, it also boasts a wealth of young, up and coming talent that, with a savvy
and forward thinking A&R and marketing approach, will be developed into the future of rock and metal.
With a deep commitment to and passion for THE MUSIC and the artists who create it, plus massive
global distribution, sales, marketing and publicity channels, Frontiers is the premiere home for both
established and emerging rock artists.
Head Office: Naples, IT | U.S. Office: Nashville, TN
Subscribe to be alerted when new videos are added:
radi.al/SubscribeFrontiers
Follow the ‘Newest From Frontiers’ playlist on Spotify:
spoti.fi/1rQz5Zm