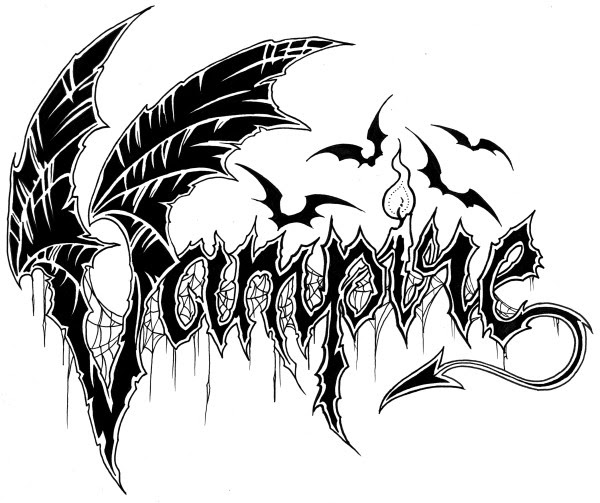 Deep in a musty, age-old cellar of old town Gothenburg, VAMPIRE have been plotting something wicked…again! In 2020, frontman Hand of Doom, guitarists Black String and Sepulchral Condor, bassist Command, and drummer Abysmal Condor proudly present their third studio album, “Rex”, which proves to be a tremendous sonic and compositional highlight in their career thus far. Today the first single ‘Melek-Taus’ is released.

The lyric video created by
Aimed&Framed can be viewed here: https://youtu.be/zHsxB8L2fKA

VAMPIRE states about the new single:

“Melek-Taus is the first ‘real’ single released from “Rex” and it happens to be the final song on the album. It’s probably one of the most well-crafted VAMPIRE songs we’ve made in every aspect. The lyrics for this one have a death defying, heroically reckless attitude. Listen and judge by yourselves!”

Limited bundle offers are available at the band’s webstore: https://www.tnor.se/vampire/

Engineered by Command and Isak Edh

Having risen from the proverbial grave in 2011, VAMPIRE released their self-titled demo a year later. Immediately hailed by tastemakers—such as Darkthrone’s Fenriz—and fans, who raided 300 copies of the demo in a week, VAMPIRE’s vicious yet evocative style set fire to convention. Signed by Century Media a year later, the Gothenburgers quickly set out to work on their debut. Released in the abyssal spring of 2014, VAMPIRE’s self-titled debut was received with much praise whereas the group’s artistic endeavors already became less to-the-face and more atmospheric on the following “Cimmerian Shade” EP and even more so on the second album, “With Primeval Force”. The latter overall turned out to provide a little less traditional songwriting in vampiric terms and was colder, less immediate than the debut. 2020’s “Rex” now ups the ante notably unfurling a highly addictive whirlwind of the harsh and the heavy, the aggressive and the atmospheric, the melodic and the maniacal. With “Rex”, VAMPIRE have successfully crafted a majestic, macabre force of its own!