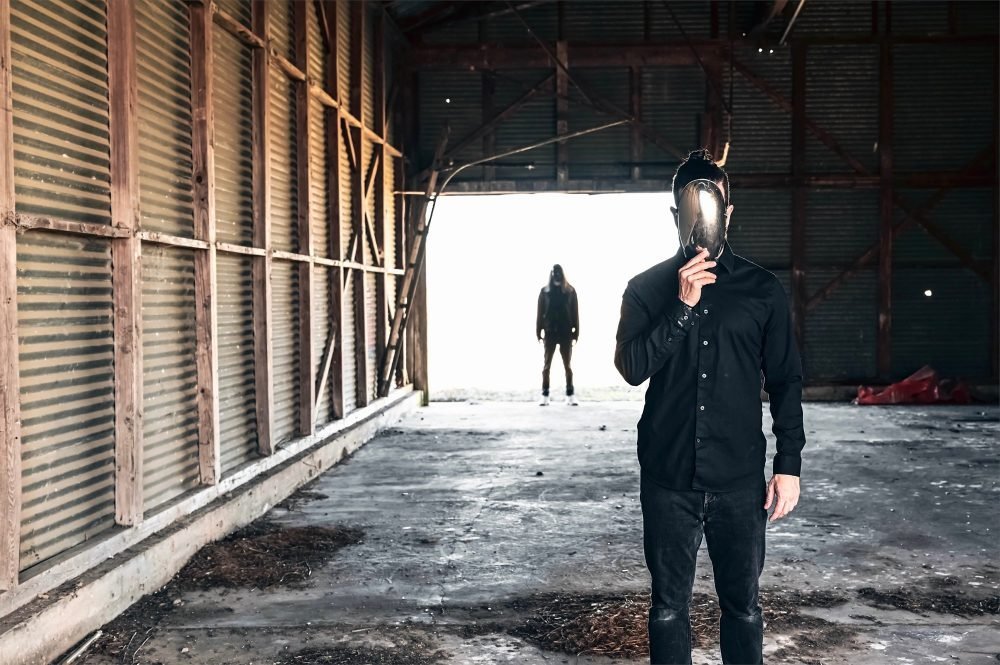 US Metallers STONESIDE. are beginning to make their mark on proceedings. Drawing in from a series of influences, the engrossing combo will reveal their new single, History of Violence. We caught up with Crane (vocals, instruments and co-arranger) from the band and we asked him to exclusively reveal his top six tracks:

Plain and simple…… The riff is thunderous, Chino’s voice floats over it like this ethereal spectre, and it captures the counterbalance of aggression and a soothing vibe. That era; the 2010 era Deftones, has influenced sooooo many heavy bands of today. Us included. The group has staying power and songs like this are why.

I was just a kid for this era of music……..When i did see my father, he’d drive us out to the open hill country of West Texas to see family. Although he wasn’t a musician, he was an interested music lover.  He’d play whatever he picked up off the “new” rack at the record store on those 6-hour drives. One of those was Depeche mode, ‘Violator’ and other records of that final era of ‘new wave’ music. Stripped was Depeche Mode getting away from that sugary pop sound and taking the electro-music to a darker place……..The birth of darkwave. Dave’s voice is this deep ominous rich dirge. sad, serious, and magical. ‘Stripped’ is forever in my memory. you can easily hear the darkwave influence in our music. If people say we “sound different”, this style is probably why.

The whole heavy music tired thing where the vocalist screams the verse then sings the chorus; Slipknot, Killswitch Engage, and countless bands in 2021……..The vision of Disorder put that on the map. They were pretty much the first metalcore band, as far as anyone in this band is concerned. Tim’s vocals are rapid-fire and vicious. his singing in the song is this kind of ..almost happy vibe until the guitars come crashing down with this 16th note chaos. id never heard someone fire off that hip hop style cadence but with screamed dirty vocals. It let me know that music could have absolute moments of unbridled chaos.

He screams “akudama” then all hell breaks loose. It’s impossible not to move your head. They are an example of this new school heavy where metalcore begins to meld with Nu Metal…Plus the fact that they basically dress like they are headed to the gym or to play some club sport is hilarious.

I’d never heard anything like this. up to this point as a kid, Id only heard poppy music. Whatever my mom found on the radio in the car.

This songs riff is this bittersweet slightly optimistic but off-kilter and uncomfortable thing of beauty. I was an unhappy kid. This spoke to me. I fell in love with music and nothing ever changed. I picked up a guitar because of this song.

This was my first “progressive” album. The heart and soul of Maynard Keenan’s sustained high notes was a game-changer for the whole genre. Zero debate.  The song starts simply enough but throughout it slowly begins to wind through this swelling and slow-burning chaos at the end they bring it back to that iconic crushing riff, make it staccato, then just cut it. its peak Tool.”

For more on STONESIDE. connect with their socials, see below. The band’s new single, History Of Violence, is out this Friday.