Today, following soaring recent single, “Clothed In Smoke”, UNTAMED LAND has revealed a second single, entitled “A Nameless Shape”, alongside an official music video. The track blends ghostly acoustics, doom-drenched riffs and icy screams as it cascades into a wave of blast beats, rhythmic guitars and operatic accent vocals, making it one of the key epics on the record!

Project mastermind Patrick Kern says about the track:
“With a thundering march-like drum pattern and aggressive full chord guitar strumming, the first two minutes of this song set the stage for the rest of the album. The lyrics tell a tale of isolation and spiritual crisis set against the backdrop of the mythical Old West. This video only serves as a teaser however, and you will have to pick up the album itself to see how the story for this song ends.”

Watch the official music video for “A Nameless Shape” HERE

While exploring influence and nuances from various strains of atmospheric metal, UNTAMED LAND traverses wild new frontiers – evoking the ambiance of classic Ennio Morricone/Spaghetti Western soundtracks and traditional old western instrumentals. While some listeners may be quick to label this a purely black metal album before diving into its depths, this description only scratches the surface.

UNTAMED LAND mastermind, composer and sole performer of all instruments (except for accented violin performances by Rita Torrens and vocal contributions by Caroline Joy and Jacob Wherley), Patrick Kern, was initially inspired by what he describes as pagan, cosmic and even “doomy” black metal when writing the album, but the material bloomed in a way that is much more multifaceted to be categorized so singularly.

Patrick Kern adds about the album:
“I would hesitate to call this a black metal album. It’s meant to be a cinematic journey into a dark and fantastical old west setting, and various genres and sounds are used to bring that story to life. Lyrically, whereas the previous album dealt with the eternal struggle of the solar hero, this time we delve into a sort of gnostic “Beauty and the Beast” story, ultimately revolving around the feminine role in creation and the tension between the world of matter and the world of forms.

The album ended up reflecting my own spiritual journey that occurred all throughout the writing and production process. I had a great time experimenting with many different styles and sounds for this release and am excited to share this new chapter in the UNTAMED LAND world!”

Following the underground success of its 2018 debut, Between The Winds, Like Creatures Seeking Their Own Forms is unique in all its facets – not only is it original, inspiring and an impressively eclectic album, it‘s poised to cast the name UNTAMED LAND on the lips of every experimental metal fan upon its release. In a dry landscape of repetitive noise as far as the eye can see, Like Creatures Seeking Their Own Forms is an aural oasis. 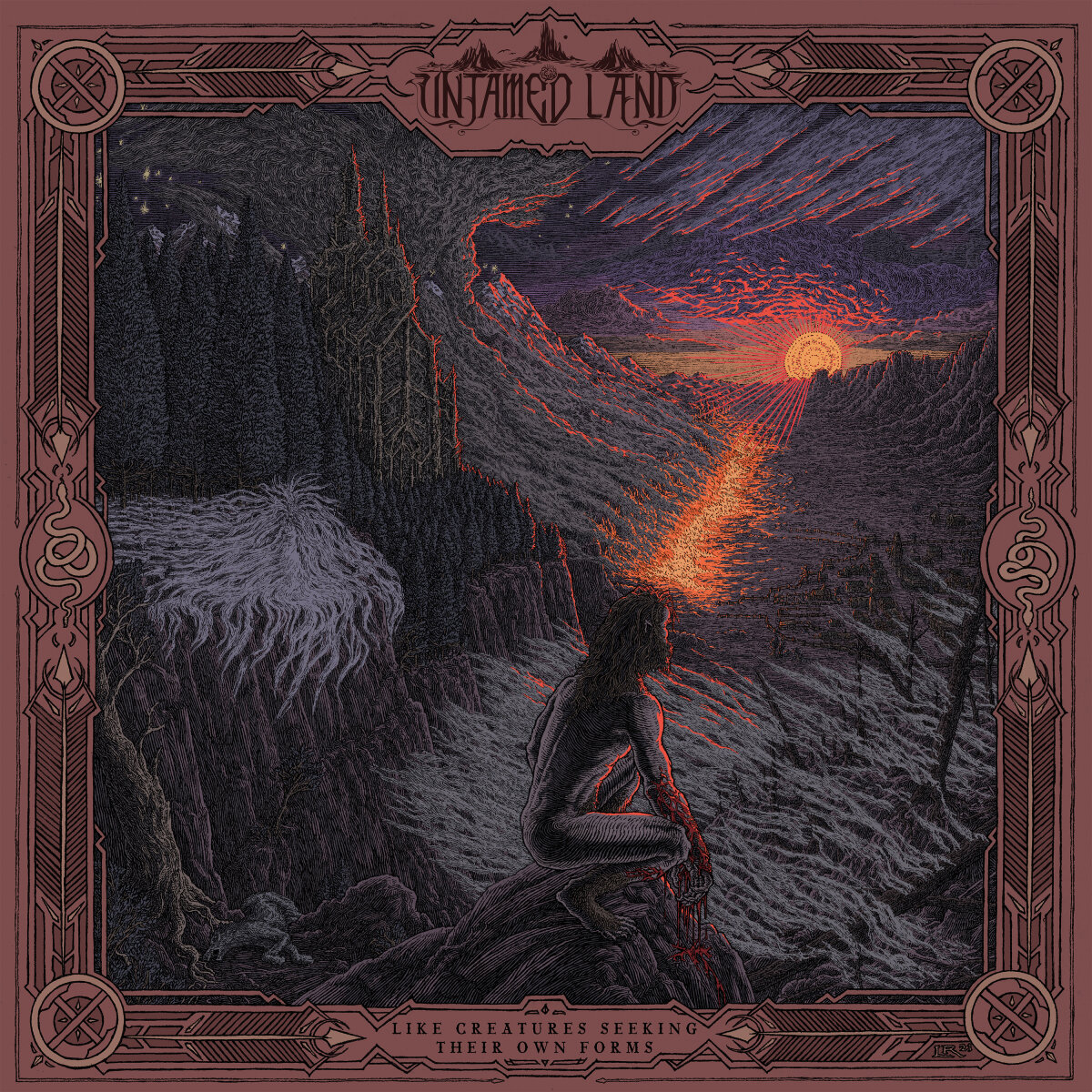 Like Creatures Seeking Their Own Forms track listing:
1. Once Upon a Time in the Kenoma
2. A Nameless Shape
3. Clothed in Smoke
4. The Heavenly Coil
5. Achamōth

Like Creatures Seeking Their Own Forms will be available in the following formats:
-CD Jewelcase
-Digital Album