LIVING IN SOMEONE ELSE’S DREAM

youtube.com/watch?v=JtzmTVxJ-VU
Hot on the heels of their outstanding album ‘Can’t Go Home’, Unruly Child played an emotional set at
the Frontiers Rock Festival 2017 in Milan (which was filmed/recorded and released in early 2018).
While at the festival, a meeting with the label stoked the fires for the band to make more new music
together and thus extend the musical legacy of one of the very last melodic rock giants still operating.
Marcie Michelle Free (vocalist – King Kobra, Signal), Bruce Gowdy (guitarist – Stone Fury, World Trade)
and Guy Allison (keyboards – Lodgic, World Trade, Doobie Brothers) reconvened in 2018 and started
working on a brand new album that would match the outstanding quality of its predecessors.
“For this album, there was a conscious decision to merge the best of what Unruly Child does, while still
evolving,” says Guy Allison. “You know, melodic rock, but with that unique Unruly Child approach. It’s
hard for us to stand still and repeat ourselves, but we also can’t help but sound like ‘us’, irrespective of
any artistic lateral movement. While I’m sometimes surprised what catches the ears of our fans, I think
that the album has something for everyone.”
He continues: “except for the few songs we pulled out of our [2014 album] ‘Down The Rabbit Hole’
sessions and subsequently reworked, this album was written in about two weeks. After we get a
structure roughly recorded, I’ll listen to the track until the melody magically shows up, seemingly out of
thin air. Sometimes I’ll have a partial lyric, sometimes just a melody that I sing nonsense syllables to.
I’m really lucky these days to have another wordsmith to work with. In the past, I’ve been the lyricist on
most of the songs I’ve been a writer on, but now I have Betsy Summers to do some of the heavy lifting
with me in that department. On some songs I’ll say, ‘I’ve got this melody, what do ya got?’. On other
songs I’ll say, ‘I’ve got the first verse, but I need a second verse, here’s a pencil’. She always delivers.
The rest of the time is spent giving the recordings the attention that they need to become Unruly Child
tracks. Finishing the process is a lot like having a block of marble and chipping away at it until the
statue underneath is revealed. For us, it’s always been the art of discovering what the song wants to be.
Sometimes it’s immediate and sometimes it takes a little longer, but we always get what we’re after.
It’s not much different than it was in 1991. We just have more experience now, and better gear!”
Ever since the release of their critically acclaimed ‘Unruly Child’ debut album in 1992, all the band
members have pursued accomplished careers in the music industry. Marcie Michelle Free, one of rock
music’s finest singers and the most renowned of transgender vocalists, first released a solo record as
Mark Free entitled ‘Long Way From Love’ in 1993 and then, as Marcie Free, ‘Tormented’ in 1996.
Guitarist Bruce Gowdy and keyboard player Guy Allison have produced more Unruly Child records
and participated in another World Trade album with drummer Jay Schellen (Yes), while also pursuing
other projects. Their reputation as writers, performers and arrangers is second to none having worked
with the likes of Glenn Hughes (Deep Purple), Bobby Kimball (Toto), Doobie Brothers, Boz Scaggs,
Air Supply, The Moody Blues and more.
In its constant state of evolution, Unruly Child have generated an exciting new album reflective of their
musical roots in contemporary and classic rock. With the return to their original line-up, they have also
discovered that while time may pass, some things never change. 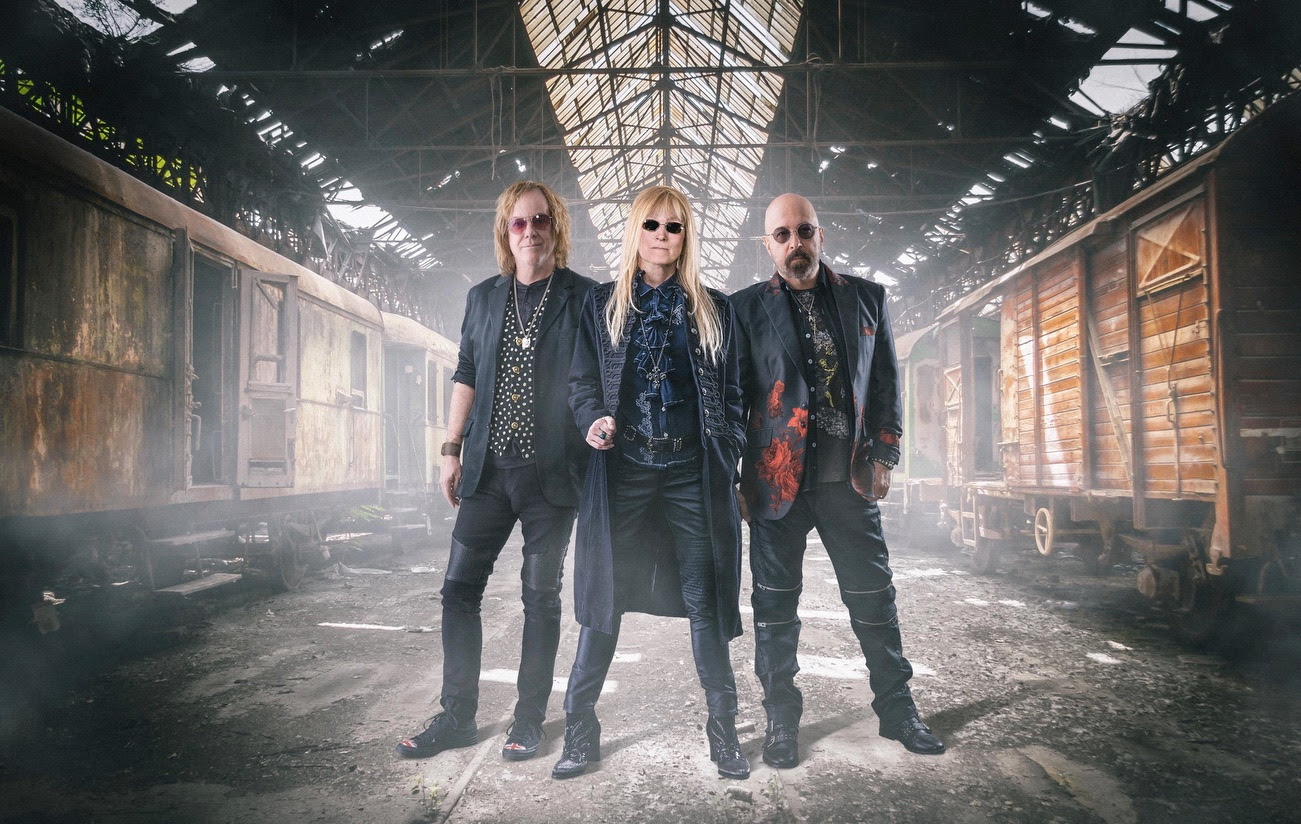 BIG BLUE WORLD
TRACKLISTING
1. Living In Someone Else’s Dream
2. All Over The World
3. Dirty Little Girl
4. Breaking The Chains
5. Are These Words Enough
6. Will We Give Up Today
7. Beneath A Steady Rain
8. The Harder They Will Fall
9. Down And Dirty
10. The Hard Way
UNRULY CHILD
Marcie Free – vocals
Bruce Gowdy – guitars, bass, keyboards, vocals
Guy Allison – keyboards, percussion, vocals
Larry Antonio – bass, vocals
Jay Schellen – drums
facebook.com/unrulychildband
twitter.com/unrulychildband
ABOUT FRONTIERS MUSIC SRL
Originally founded in Naples, Italy in 1996 by Serafino Perugino and his father Fernando as a
distribution company, Frontiers has developed into one of the premiere independent rock labels in the
world. Synonymous with quality music from across a broad spectrum of rock genres, the company has
worked with multiple genre heavyweights and fan favourites. Aside from providing a home for classic
artists from the 1970s and 80’s, it also boasts a wealth of young, up and coming talent that, with a savvy
and forward thinking A&R and marketing approach, will be developed into the future of rock and metal.
With a deep commitment to and passion for THE MUSIC and the artists who create it, plus massive
global distribution, sales, marketing and publicity channels, Frontiers is the premiere home for both
established and emerging rock artists.
Head Office: Naples, IT | U.S. Office: Nashville, TN
Subscribe to be alerted when new videos are added:
radi.al/SubscribeFrontiers
Follow the ‘Newest From Frontiers’ playlist on Spotify:
spoti.fi/1rQz5Zm