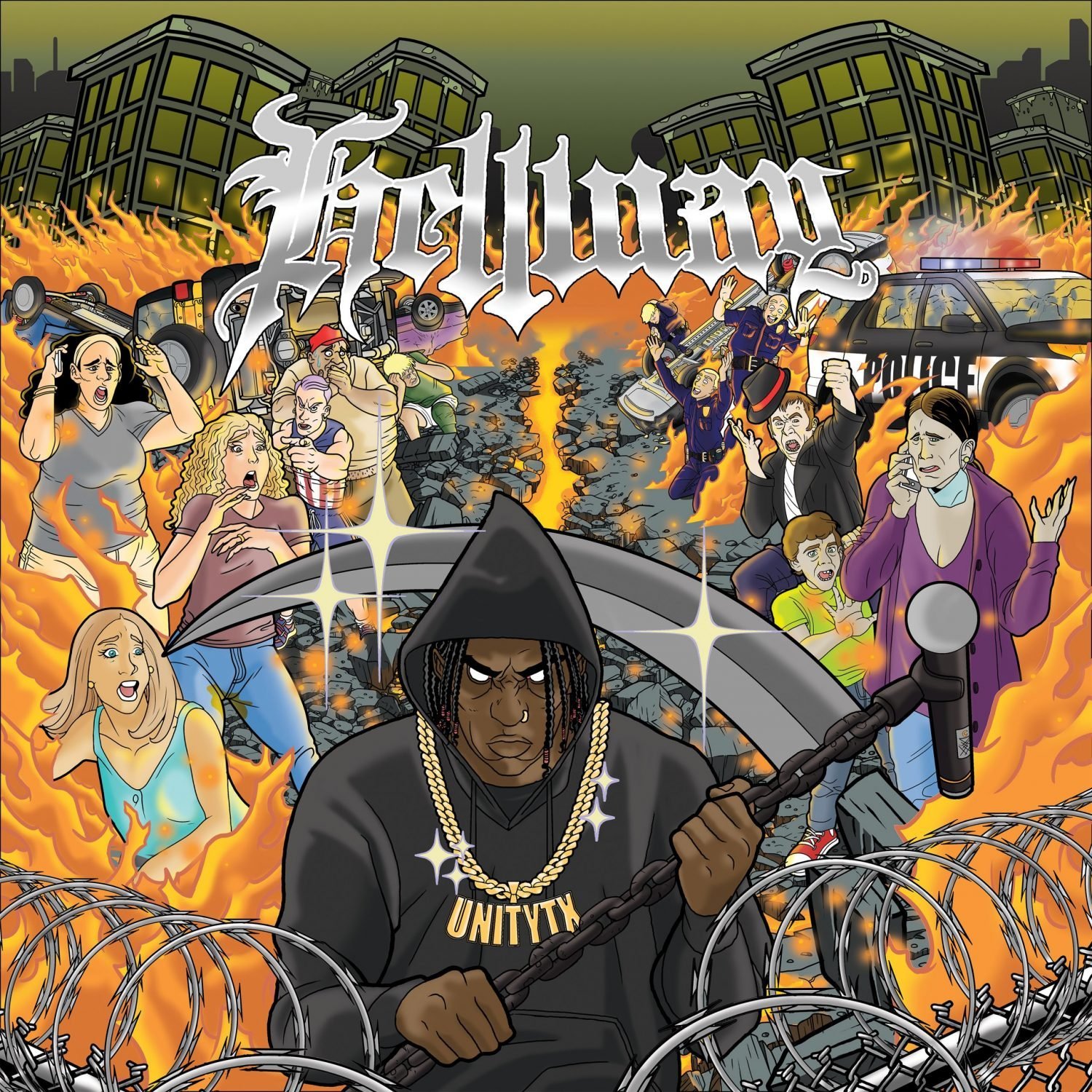 LISTEN TO “WALK WITH ME”

JUNE 17, 2021 – DALLAS, TX – UNITYTX, the Dallas based hardcore/hip-hop band has surprise released a new EP today called ‘Hellway’, which is now available to stream in full at this link: //smarturl.it/UNITYTXPN

On the EP’s focus track “Walk With Me” front-man Jay Webster shares “Walk With Me is an incandescent ode to Black America; It’s about unity, we’ve spent so long at each other’s throat and seeming with innocent lives being taken — there’s no remorse from some of those around us. It’s a call to action, to dismantle the traditional ideals America was built on. We have to unite, not destroy.  After being traumatized, divided, and put in fear this last year — it’s what’s needed to heal & exist.”

In addition to “Walk With Me” the EP holds three additional new songs – “AGONY”, “BLEAR” and “RACK IT UP (FREESTYLE)”.

“The album art is in relation to those who have been murdered in cold blood based off their perception from one unlike,” continues Webster. “I’ve been walking around late at night and have been harassed by police officers asking where I was heading. Nothing spikes adrenaline more than being cornered by enforcement that doesn’t have the best situation in mind. With the path taken, we’ve proceeded HELLWAY — words and moves we execute could result in our own demise”

‘Hellway’ can be streamed in full at this link: //smarturl.it/UNITYTXPN

Today the band will also host an EP release party on Twitch, performing the new songs with a full band at 12pm PST, 3pm EST at www.twitch.tv/unitytxroc