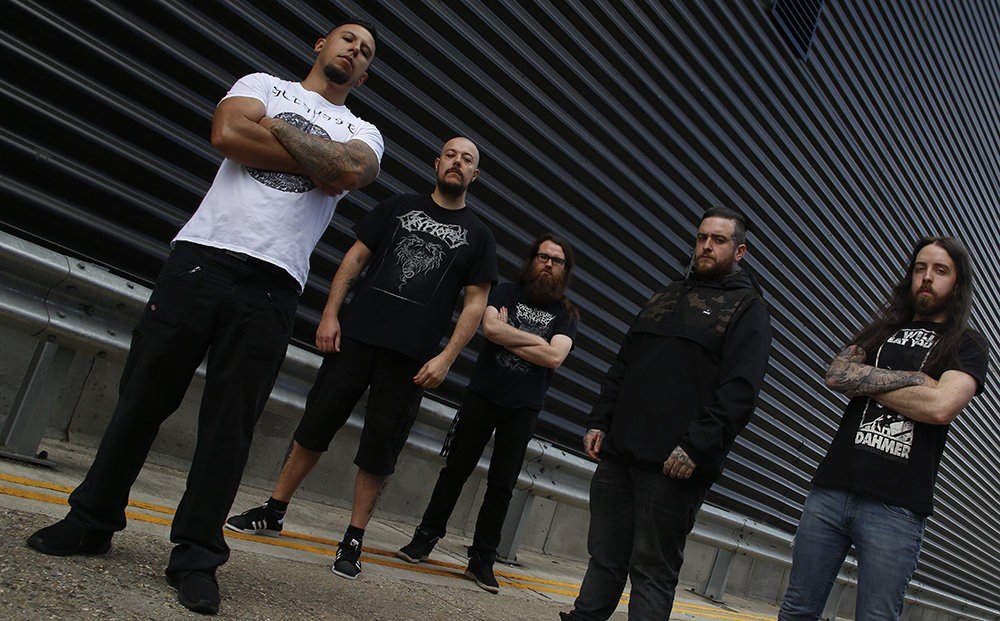 I’m happy to say I’ve been part of the death metal scene since the birth of Unfathomable Ruination, which is crazy to think it has been 10 years since the bands’ creation.

Always being one of my favorite UK death metal bands, since their early line-up & to their latest the band have been able to hold the torch for being one of the best.

Unfortunately due to the pandemic, I haven’t been able to see them live for a while now, so when I heard rumblings of new music on the horizon I was elated. On Top of that news, I was told the band would revisit early material with the current lineup!

“Suspended in Entropic Dissipation” was one of my favourite tracks on the band self-titled EP so I’m really looking forward to hearing a new updated version.

First up let’s talk about the main reason we are here, 3 new tracks of unrelenting brutal death metal. Now of the bat, I really enjoyed the bands last 2 releases “Finitude” & “Enraged & Unbound”, but for me, the technical ability of the band started to outshine what I feel made the band top-notch, in their earlier releases they were able to write some awesome groove ladened riffs while having that tech edge without it becoming a sea of guitar noise & blast beats.

What I’m happy to say is the new release “Decennium Ruinae” gives the band a chance to keep it more simple, we still have their amazing technical abilities & they shine bright, but what the band can do is write three tracks that are catchy, heavy as hell but also have some surprising melodic passages.

“A Withered Embrace” the first track cracks straight on with that heavy groove element, a beautiful back and forth chugging between my personal highlights of the band guitarists Daniel Herrera & Ross Piazza, who throughout the years have been able to perfectly balance their strengths and write some fantastic material. This track is balls to the wall.

Doug’s drumming for me has been a pleasure to hear for the past 10 or so years, many times live I have just watched him for a whole song, Doug has the ability to keep the tracks main groove & tempo but he is always adding in the most perfectly timed splash & crash hits, drum fills & just crazy drum work I don’t know how to explain to make the song have that brutal icing on the cake.

“The Great Contaminator” is level 2, with more intense, harder breaks & a brilliant vocal performance by Ben Wright. When Ben joined the band on their 2nd full length he was able to add so much to the band & over the past few years has elevated the brand to a new level.

This track shows all levels of vocal delivery he has, the standard gutturals, the shrill shrieks made famous by Cattle Decapitation. His vocal skills are second to none.

The final new track “Disciples of Pestilence” is where the band takes it somewhere new & exciting, bringing a big melodic element to the track, opening with a beautiful clean guitar passage that sets up the song for exciting possibility, then bursting into a frenzy the band do what they do best, solid riffs, featuring beautiful lead guitar work, all covered in an epic blanket of melody. A mix between Death & the classical passages of Morbid Angel.

This track is now my favorite UR track ever.

“Suspended in Entropic Dissipation” opens the EP, and getting to hear a re-recorded version of this is brilliant, the original track even though in the band’s infancy was a shining light.

2021’s version adds more meat to the bone, thickens out the guitar sound, giving it a beefy thumbing richness it didn’t have before. Also getting to hear Ben Wright on the track is just pure pleasure. Well worth the wait. Here’s to another 20 years, boys!

Decennium Ruinae is released on Willowtip Records 28th May 2021 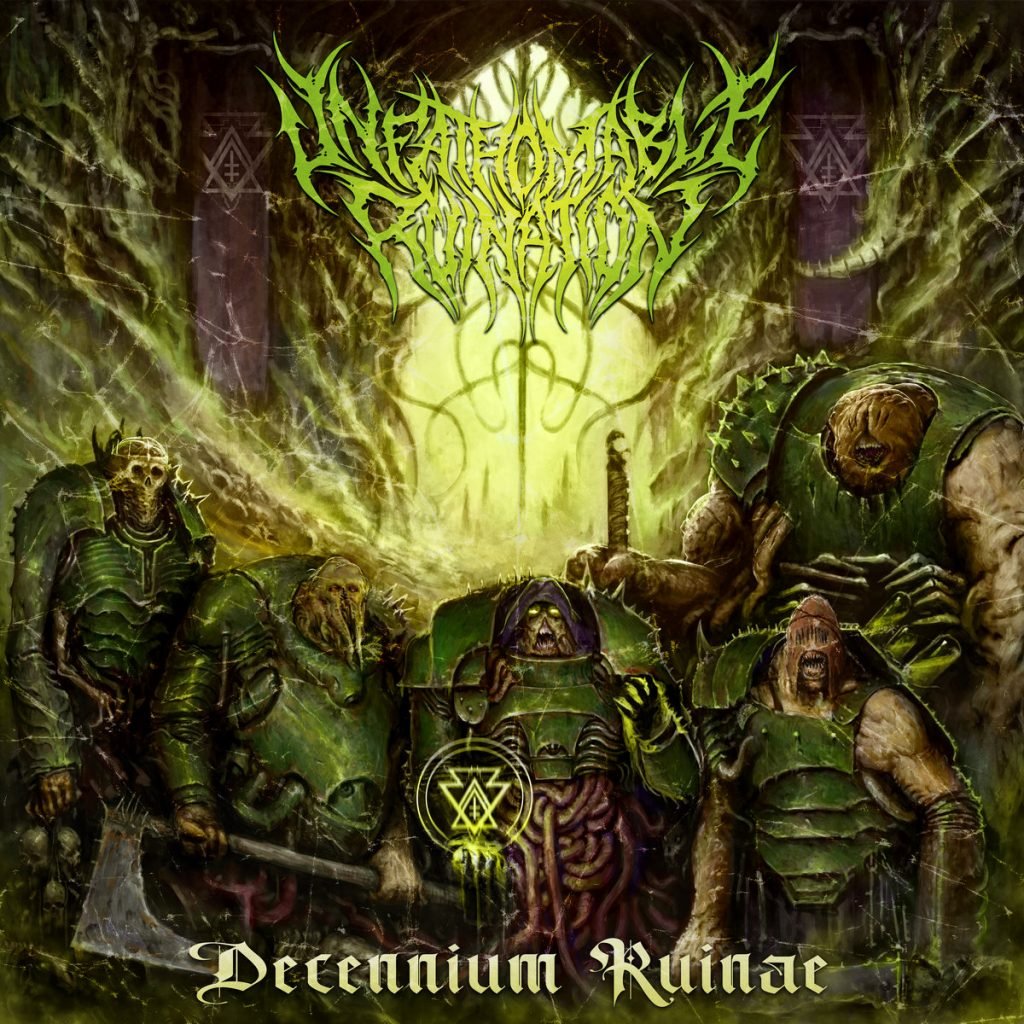