Under The Oak // Ripped Up By The Roots // Album Review

Norwegian old school thrashers Under The Oak have unleashed a banger of an album, which started out as a tribute band to their thrash idols, basically, the whole Bay Area scene from the ’80s has turned into something way more serious, and it certainly shows here.

“Tribulation” starts things off with a track packed with Slayer still riffs and blasting drums, singer Sandaker tears it up big time with some killer vocals that remind you of Bobby Blitz, fast and furious it’s over in the blink. “Chaos In The Pit” is hot on its heels, again heavy riffs rule alongside a thick bass and ripper drum beat, this speedy little number is guaranteed to get heads banging. “Hymn For The Fallen” chugs into life with high tempo crunching riffs with a drumbeat that matches it, while heavy and fast it has cool melodic breaks interspersed throughout that give the song an extra kick before it falls back into the heavy end to close it out, a great song. “The Fountain” sounds like a combination of Priest and Maiden, cool riffs, galloping drums, heavy bass and soaring vocals, it gets a bit trippy at the midpoint but only briefly before normal order is restored, this has to be one of the best tracks on the album. “War Of Attrition” is as heavy as it gets, gnarly riffs with pounding drums and bass, the rhythm is unbelievably hypnotic!!, a nice solo makes all the difference while Sandaker kills it on the vocals. “Total Human Destruction” opens up quite calmly before all hell breaks loose with a savage drum and bass beat as Sandaker comes screaming in over crazy guitars, the track tends to peak and through between calmness and insanity in one hell of a rollercoaster ride.

“Turned Into Leaves” is a traditional thrasher, fast, loud and in your face, a killer drum beat sets the song up with crisp riffs and buzzing bass bringing it home all the while Sandaker runs the vocal range to perfection, cracking track. “Wrath Of Nature” pounds into life with a kicking drum beat and grinding riffs, Sandaker snarls and spits the vocals out slowing down and speeding up with the ebb and flow of the track, a funky riff takes over midway through before a seriously heavy bass jumps in with drums crashing all around; nice little solo ties it all up as the track runs to an end. No it is not a mistake “Butterflies & Unicorns” is the name of the song but don’t let that fool you this is the furthest thing from butterflies and unicorns, a grinding number that picks up pace as the song progress’; killer riffs and a great solo added to some intense drumming will have you in a frenzy by the end of the song; Sandaker kills it on the vocals with more than a little hint of System Of A Down’s Serj Tankian. “Terror & Violence” is an epic way to finish with their original work, this is going to be a crowd favourite with a pulsating beat from the drums and bass while the guitar absolutely rips between great riffs and a nice solo to close the track out, the vocals are next level as Sandaker really outdoes himself here, the only downside to this track is that is unnecessarily long coming in at over seven minutes but a brilliant nonetheless.

As an added bonus there are two covers by Candlemass and Exciter. Candlemass’ “Solitude” is up first and they have put their own inimitable sound to what is a great track and have made it their own, which is no mean feat considering the original is a classic. For Exciter’s “Pounding Metal” they have stuck pretty close to the original but with more of a kick and the benefit of modern tech gives it a clean crisp sound, still a killer track all these years later.

There is not much more to say about “Ripped Up By The Roots” other than it is an absolute monster of an album that cannot be missed. Out this coming Friday via Wormholedeath. 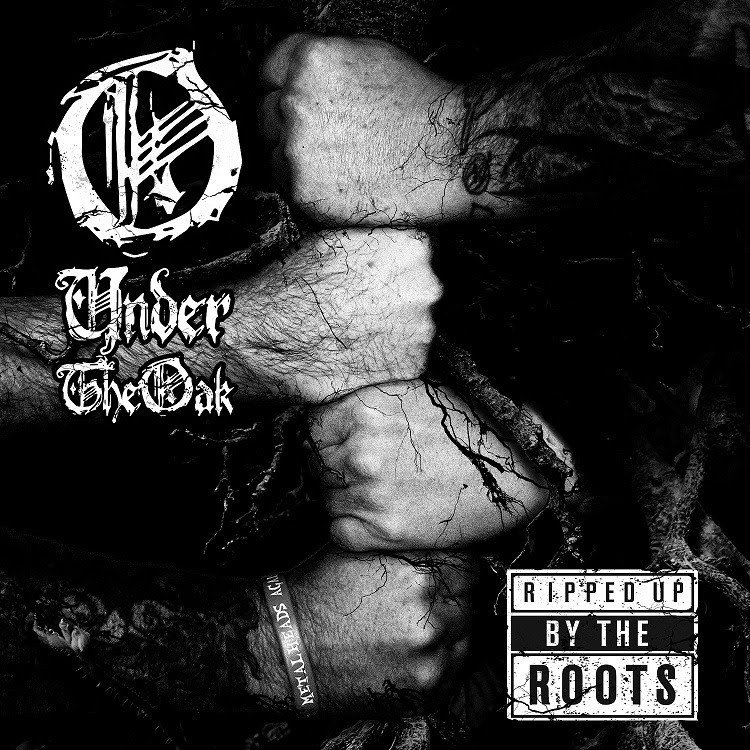 Ripped Up By The Roots Tracklist: