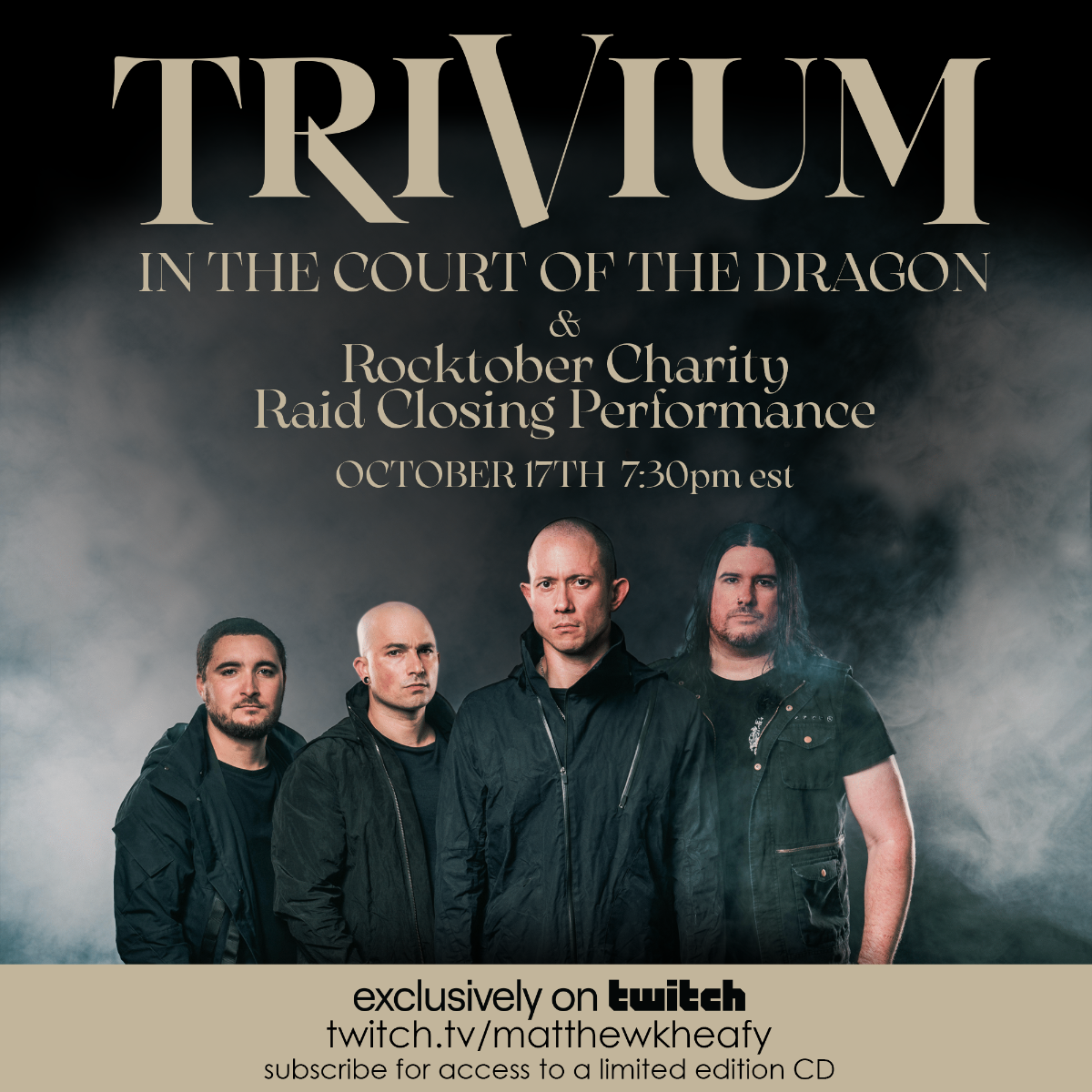 20+ TWITCH CREATORS CELEBRATE ROCKTOBER, TRIVIUM’S IN THE COURT OF THE DRAGON ALBUM RELEASE, + FUNDRAISE FOR MUSICARES!

On October 16 and 17, 20 of the top rock and metal creators on Twitch will come together for the first ever Rocktober Relay Raid, a livestream charity event with the goal of raising $15,000 for MusiCares™, the leading music charity supporting the health and welfare of the entire music community.

Each day will feature high energy, 30-minute performances showcasing the best of Twitch’s growing rock community, including both longtime Twitch streamers such as Canadian shredder Chainbrain and famed metal reviewer and content creator Nik Nocturnal alongside metal household names such as Of Mice & Men, Dragonforce’s Herman Li, and more.

The event is free, open to the public, and will take place on each creators’ Twitch channel in sequence through raiding, a Twitch feature that sends all viewers from one channel to the next, amassing viewers throughout the day.

On Sunday, October 17, at 4:30pm PT/7:30pm ET, the event will culminate in an exclusive live headline performance by Trivium celebrating the October 7 release of their album In The Court of the Dragon via Roadrunner Records.

The band, whose frontman Matt Heafy has long been an active Twitch Partner, will make a special limited edition album available for purchase by Twitch subscribers only throughout the duration of the stream.

ABOUT MUSICARES:
MusiCares helps the humans behind music because music gives so much to the world. Offering preventative, emergency, and recovery programs, MusiCares is a safety net supporting the health and welfare of the music community. Founded by the Recording Academy in 1989 as a U.S. based 501(c)(3) charity, MusiCares safeguards the well-being of all music people through direct and financial grant programs, networks of support resources, and tailored crisis relief efforts. For more information, please visit here.