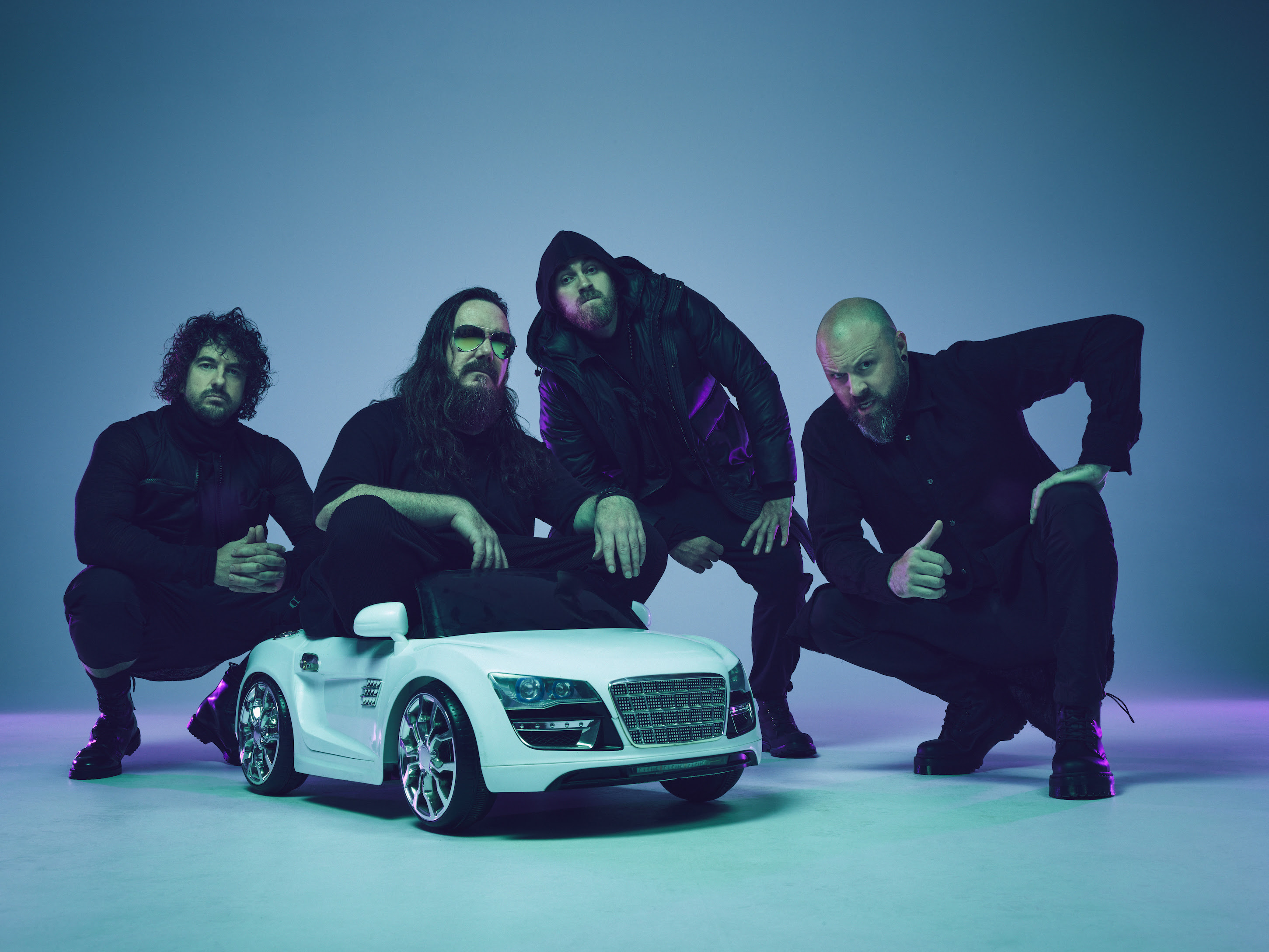 Australia’s Twelve Foot Ninja have just released their long awaited third full length album VENGEANCE – and at the same time – a high fantasy novel – that has already sold over half of its print run before release date. The sample chapters made available on the website highlighted the immersive story-telling and intriguing characters in the novel, inspiring a rush on pre-orders of the 1000 page paperback from the band’s website. The album and novel are available for purchase here.

Over the past few months the band has released three singles as appetizers: ‘Long Way Home’, ‘Start The Fire’ and ‘Over and Out’ (featuring Tatiana Shmayluk of Jinjer). Each single was accompanied by highly entertaining videos – and not ones to rest on any laurels, they also released a graphic novel and a video game Uncle Brusnik.

Twelve Foot Ninja has never neatly fit into one musical genre, and true to form, VENGEANCE sees them explore a whole new rich sonic palette. In a sense, the album cover artwork says it all – a decrepit ’80s-era arcade video game listing sideways after being rudely plunged into the cracked earth of a dystopic wasteland. It’s a nexus where pinball meets post-truth.

Guitarist Stevic Mackay summed up the strange beast that VENGEANCE is as follows: “There are definitely some ‘80s inspired permeations in the genre permutations, but I think we became clearer on the distinction between ‘songs’ and ‘riffs’; there’s a clear harmonic bone-structure carrying all of the songs.”

The title track ‘Vengeance’ features a squall of industrial-grade synthesized guitars intercut by a patter of digital beats and a sinewy, Tokyo-tech cabaret feel. The ominous intro builds the tension to an expected crescendo, only to pull it back which forces you to focus on the lyrics… seemingly a deliberate decision aligned with the band’s much talked about prioritisation on wordsmithing of this album.

Excluding the singles already released, some notable tracks on the album include ‘IDK’ which fuses an 8-bit side-scroller vibe, slinky bass, sardonic lyrics and a megalithic nu-metal riff. ‘Shock to the System’ proves another album highlight. The vocoder intro, hook-laden verses and stadium-sized chorus work together to brutally skewer our culture’s increasing reliance on technology and the perils of transhumanism. In typical Twelve Foot Ninja fashion, however, the middle of the song detours into a board-trotting, spoken-word pantomime, as a depraved vaudevillian villain plots his own AI-enabled immortality.

There’s the disco-ball boogie of ‘Gone’, the band’s heaviest excursion to date ‘Culture War’ and their most tender and biggest surprise – ‘Tangled’, a sparse but sophisticated slice of cinematica, that sees the band paint with simple brushstrokes; stripped-back acoustic guitar, mournful melodies and soaring orchestration. As the band’s first real ballad, it offers a truly moving, emotionally resonant denouement to the entire album.

About the album and accompanying content, Stevic Mackay said: “This is an exorcism of content that’s spent a decade in gestation. ‘Catharsis’ is close to what it feels like to finally share Kiyoshi’s story, and I guess respond to all questions pertaining to our name. All this time, so many have thought ‘Twelve Foot Ninja’ was tongue-in-cheek when in actuality, the story’s genesis occurred a year before the formation of the band. I really hope our fans enjoy the vastness of what we’ve created, and we’re able to continue to surprise people with new methods of storytelling.”

Twelve Foot Ninja’s third album VENGEANCE is OUT NOW through Volkanik. All the information about PROJECT VENGEANCE can be found at twelvefootninja.com. 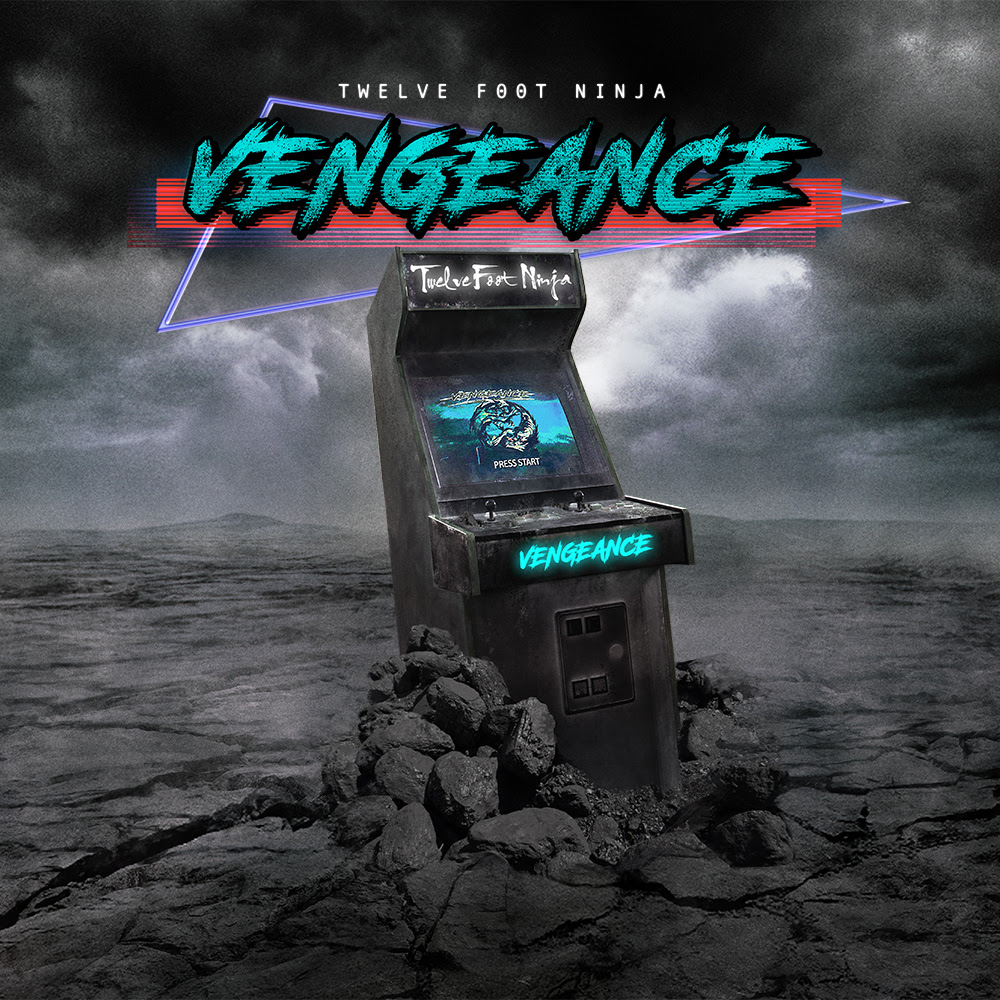 WHAT MEDIA IS SAYING…
“With Vengeance, Twelve Foot Ninja have absolutely outdone themselves with an album that’s genuinely unpredictable, musically fearless, and strikingly original.”
-Prog Magazine
“Not content with their role as fearless sonic polymaths, Melbourne, Australia’s Twelve Foot Ninja have taken their knack for inventiveness to hitherto unknown levels of creative mania as they gear up to release their third album, Vengeance.”
-Metal Hammer / Louder”Vengeance is the most disorientating yet thrilling album I’ve reviewed in a long time. Highly recommended.”
-Powerplay 10/10
“How do you even begin to define TWELVE FOOT NINJA? The metal-fusion Aussies have been steadily becoming one of the most interesting and diverse metal acts ever since they burst onto the scene with their first full-length album The Silent Machine.”
-Distorted SoundYou can stream Vengeance here. 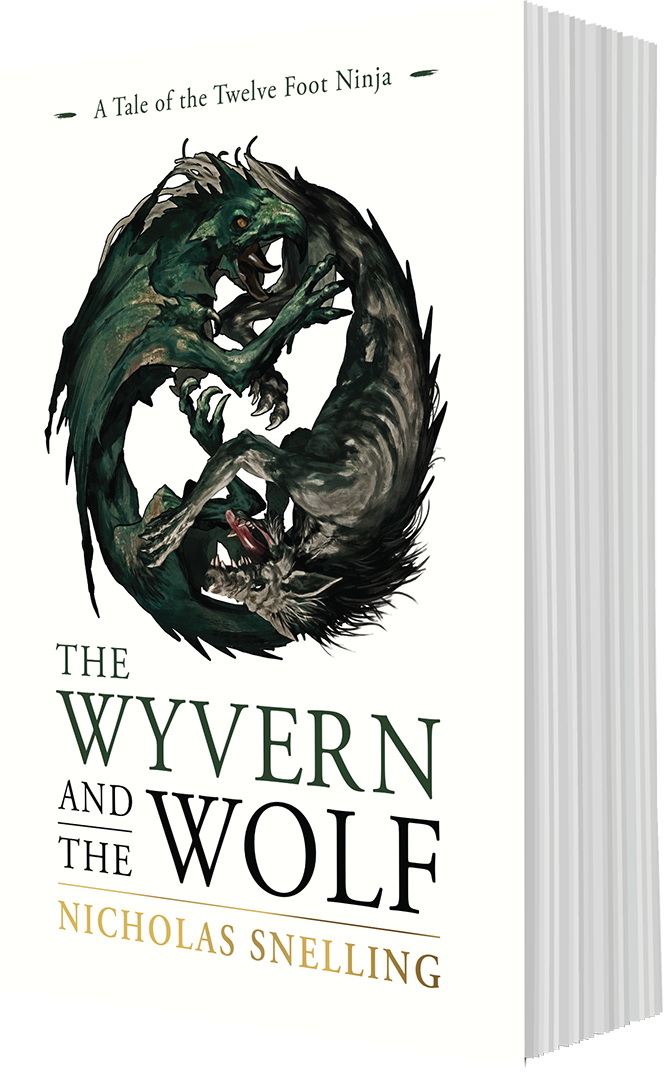 The Wyvern and the Wolf: THE WYVERN AND THE WOLF is written by Nicholas Snelling based on the original concept by Twelve Foot Ninja’s guitarist Stevic MacKay. Set in a grim and savage world, the novel tells the tale of an orphaned samurai boy called Kiyoshi who is adopted by the ruthless leader of a clan of ninja. Much more than a mere origin’s story, however, the novel is a tour de force in fantasy fiction and world-building. The novel is available now in paperback here or eBook from Amazon.

Twelve Foot Ninja will tour the UK in February 2022: