”The best band that’s ever existed”
– JOSH HOMME of QOTSA, KYUSS
(quote from the Truckfighters film)

“…The power and charm to make society grind to a halt…“
– KERRANG!!!

Bio
Immediately after their appearance at Desertfest 2022, Sweden’s very own riff machine Truckfighters will be playing Ireland for the first time in their 20+ year career. Their album ‘Gravity X’, originally released 2005 in Europe (2006 USA) turned 15 years in 2020, but Coronavirus had other plans halting any touring and planned celebrations/fuzz-laden debauchery.
Forming in 2001 and quickly making a rise in the stoner scene with their first albums in Gravity X and Phi, Truckfighters earned a reputation among the top desert rock acts with their energetic live performances and brash persona. Notably all of the members adopt pseudonyms, with Bassist/Vocalist Ozo and Guitarist Dango being the sole original members throughout.

Their music is often considered to be classic desert rock in the vein of Fu Manchu, Kyuss and Dozer. Hints of psychedelic rock, fuzz rock and heavy metal appear in their songs but their core is the desert sound. Through their tenure, Truckfighters managed to release five studio albums and tour all over the world before an indefinite hiatus in 2018, only to reunite less than a year later touring the entirety of Gravity X. 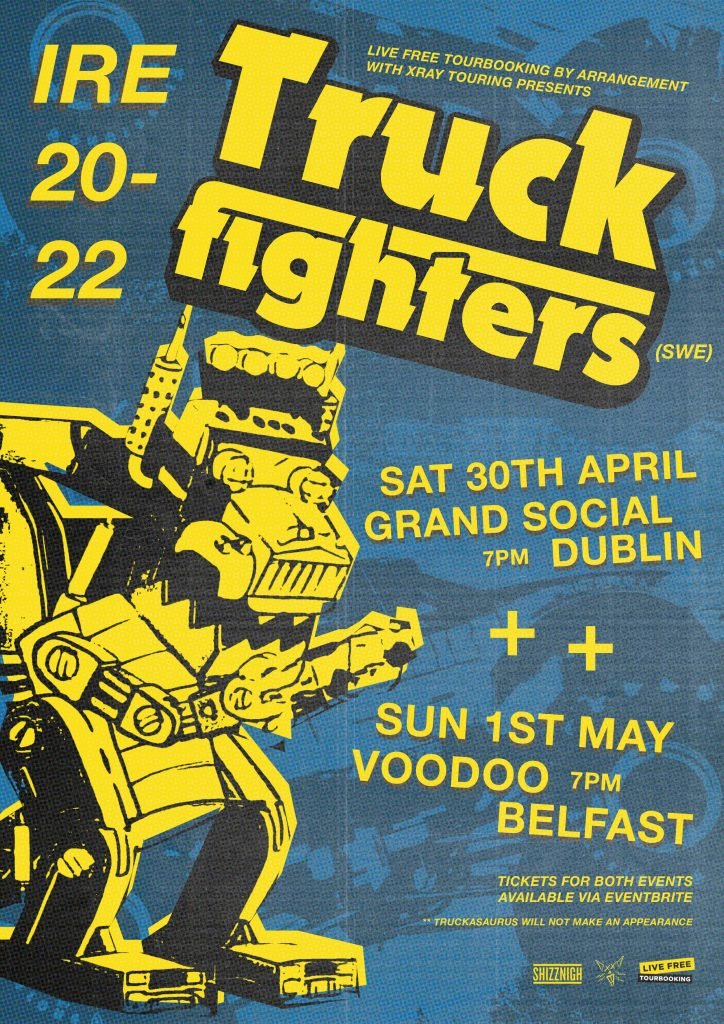