Grab your cap, beers and shades and tag along with the well-weathered Northern Irish bunch that are Trucker Diablo for a whirlwind 13 track adventure.

‘BTKOR (Big Truck Keeps On Rolling)’ gets right up in your grille as it grates in with guitars, drums and a gruff voice over a chunky riff.  There’s no messing with this track, its rich sound takes you from 0-60 in seconds so you’d better climb aboard or get out of its way, it’s coming through, regardless.  Recently released ‘Rock kids of the ‘80s’ will stamp your ears with anecdotes, throwing in a shrewd riff shift just as you have the tune steadily rocking through your veins.  This truck is fuelled on red hot Rock after all.

The pleasantly melodic ‘I Am Still Awake’ has an Irish-lilt with its twin-guitar sounds.  You’ll feel safe and smiley sat on the cab bench next to the positive competence of this song.  Whereas, the heavier edge to the start of ‘Don’t Hold on to Hate’ hints at rockier terrain with the instruments, but the softer melody of the vocals turns this song into a wise message rather than a reprimand. The swirly cyclone of a chorus in this one will whisk you off of your feet and try its best to help you – heed those bearded words!

There are  some beautiful lyrics on this album, not least the words “Your dynamite is the air that I breathe” in ‘Set the Night on Fire.’ With a guitar slice that sounds like a serenade and a prominent soaring bass line that seems to be carving initials into every roadside tree it passes – could this be a love song? – at any rate, it makes for a great driving tune too, so follow the advice and “turn it up to ten.”

‘Insects’ provides a spat of road rage along the journey with its punk-like drum pace and outspoken message; kick against the system, ignore the haters and never sell your soul because AI isn’t quite OK.  Whilst ‘The Trade’ with a guitar intro that is possibly best described as sweet-wild-west, has a different feel. It is pared back, clear to hear the mastery of each individual instrument and has infectious, addictive riffs.  The ending just as pretty as it began.  They’ve got a foothold on that polished step and hoisted themselves back aboard.

A tsssh-tsssh cymbal start and Lizzy-Maiden-like guitars provide a film soundtrack vibe to ‘This Burning Heart’ a dusky song, that rolls along nicely at mid-speed shining its headlights on the wet tarmac ahead. There’s a  long-ish stretch of road to cover with this song but the intricate guitar work and sing-song chorus keeps it catchy, no coffee stops needed.  ‘Woodstock to Vietnam’ has an ominous riff throughout but a friendly explanation is offered via the vocals.  It is a song of conflicting attitudes and lifestyles with both rainbows and bullets that hit you in the feels.

The casual sexy guitar of ‘Slow Dance’ heats things up to a blazing inferno.  An inviting hot fling of a song, it’s really not that slow and its passion is conveyed through the catchy chorus.  You can stay dancing for this one or move things along, the choice is yours!

Closing track to the album ‘Bury The Ocean’ brings a different texture again.  The truck appears to have boarded a ship, ready to find its next quest.  The vocals are crisp with a marked accent, there are dual guitars but the ambience is that of sorrow, not a ballad, but definitely, an impressive statement that finishes on a string-incorporated instrumental outro.

There’s a lot of checking ‘can you hear’ hidden in the lyrics on this album; yes, yes we can, and we like it! It is easy to see how the choruses of the so many tracks on this album would translate incredibly well to a live performance.  ‘Tail End of a Hurricane’ is out Friday 7th May 2021. 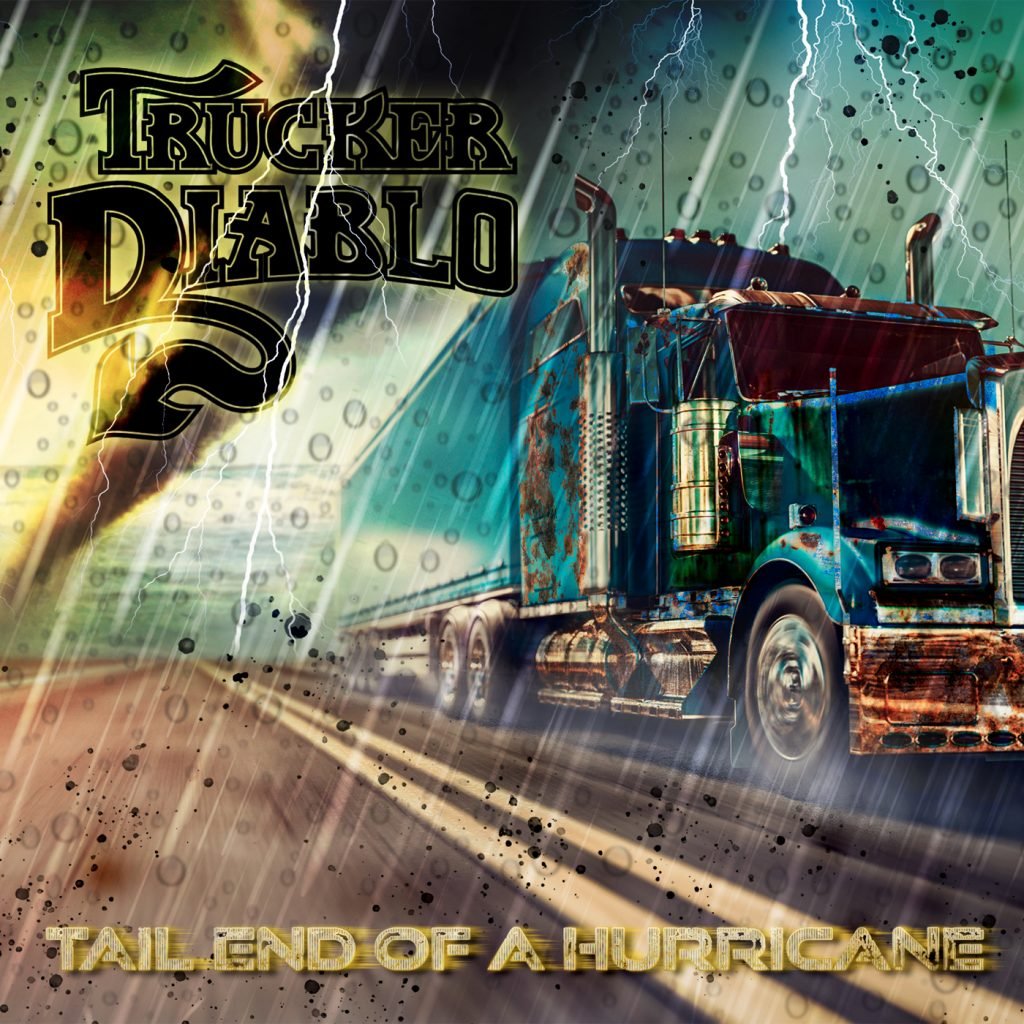