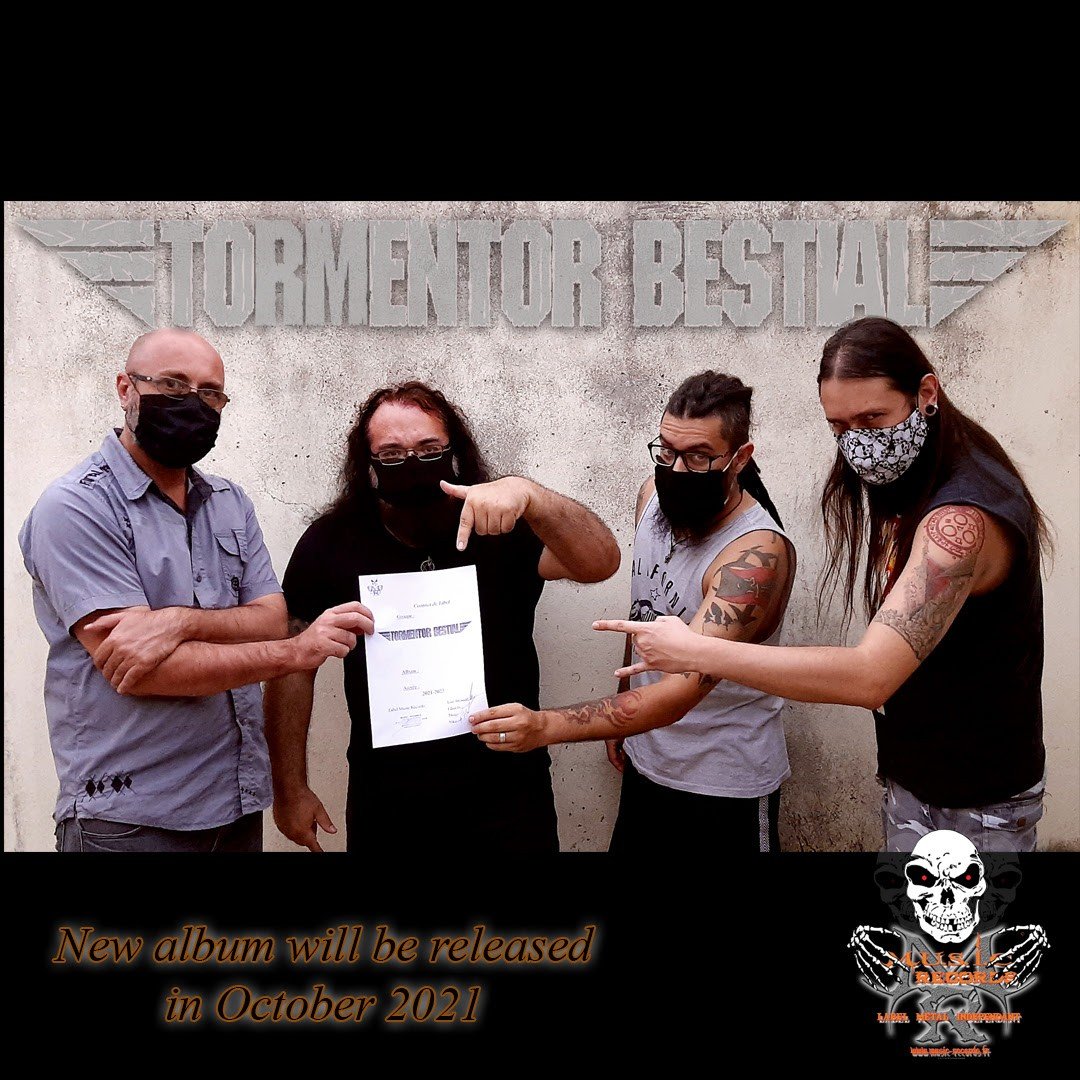 Brazilian Heavy Thrash Metal band Tormentor Bestial Signs With M.U.S.I.C. Records to release their new album, scheduled for October 2021. This album marks the group’s anniversary with new content, which will accompany the album.

The Brazilian band Tormentor Bestial, after 2 albums and 1 EP, returns with a new album “Supplicum Plus Quam Bestia”. This album was recorded, mixed and mastered in the studio.
“Audiolab Vintage Studio”, by Niko Teixeira,

This new opus plunges us into the 90’s – 20’s. Tormentor Bestial know how to mix Brazilian ferocity, European melody and American production!
“Supplicium Plus Quam Bestia” was released in April 2019. There is a great promotional.

After this album, in tandem with M.U.S.I.C. Records, Tormentor Bestialis working on an album to celebrate the band’s birthday by re-recording old songs.
Video content will be produced to accompany the release of this new album. Mixing and mastering will be done at Track Down Music, M.U.S.I.C. Records‘ recording studio.

This new album will relate the mastery of Tormentor Bestial and its quality of compositions.