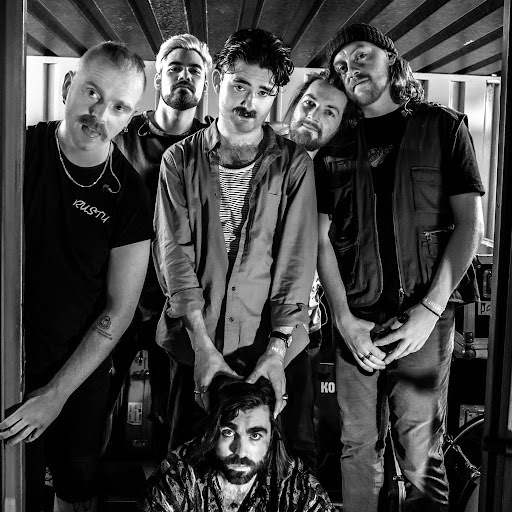 “their explosive live show, it has to be seen to be believed” – Gigwise
“The band’s crunching sound and intense live shows are shot through with a dynamic, ultra-infectious sense of energy” – Clash
“Punching like heavyweights alongside Fontaines D.C. and The Murder Capital.” – Chris Hawkins (BBC 6 Music)

Dublin maximalist rockers – THUMPER – have released a new video for their recent single “Summer Assault”, out now via Reckless Records.

Complementing THUMPER’s idiosyncratic style of noise-driven rock, the new video was directed by visual artist Julie Weber, and sees two concurrent yet wholly different lifestyles played out side by side. Weber explains:

“The music video for “Summer Assault” is an observation of human dualities, dichotomies and synchronicities. I was interested in the layered perspectives of seeing and being — is there such a thing as having a superior lifestyle? Does that mean being a social spider that attends parties, or is it being a health demon who eats beetroot for breakfast? One or the other? Neither or both?”

Weber is a director, artist and lecturer who examines concepts of being and becoming, creating moving image and performance works, textiles and sound compositions. Since 2017, she has collaborated with a range of artists including Æ MAK, Holly Hudson Taylor, Fears, ANDI and more.

“Summer Assault” sees THUMPER venture into new territory as they release their first brand new offering since their debut album released in 2022. The single comes off the back of their extensive European, UK and Irish tour, including sell out shows in Amsterdam, London, Paris and Dublin’s Whelan’s. The bombastic Dublin outfit have also played at Sŵn Festival in Cardiff and are gearing up for a set at RTE 2FM’s Rising on the Road.

A vignette of self sabotage and an anthem of small failure, “Summer Assault” is about a doomed relationship that carries on regardless — a narrator banging on the glass trying to warn the song’s inhabitants. Each melody and hook competes for space over an ever expanding wall of guitars, bass and their signature double drums. In just over three minutes, “Summer Assault” sees THUMPER boil their trademark noise wall into an ear worm of a pop song.

THUMPER came thundering into the ESNS Radio Charts with their last single “25”, gaining support from Kink, kexp, BBC R1 Future Artists with Jack Saunders and BBC R1 Future Alternative. They featured as the face of Spotify‘s ‘All New Punk’ as well as gaining editorial support from Amazon Music. Championed heavily by BBC Radio 1 DJ Gemma Bradley and many more, “Summer Assault” is sure to be THUMPER’s biggest single yet. 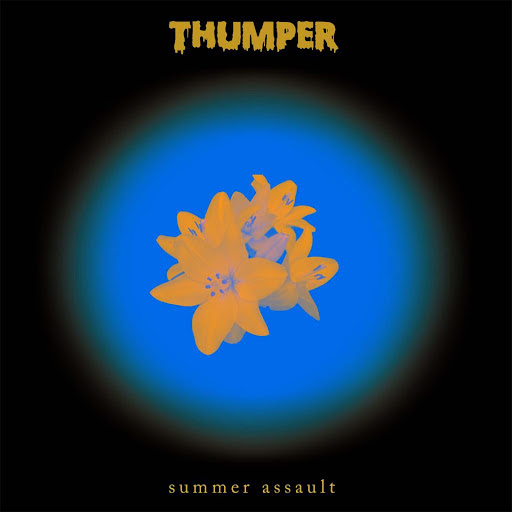