Watch Self-Directed New Video for ‘We Built This City’ – HERE 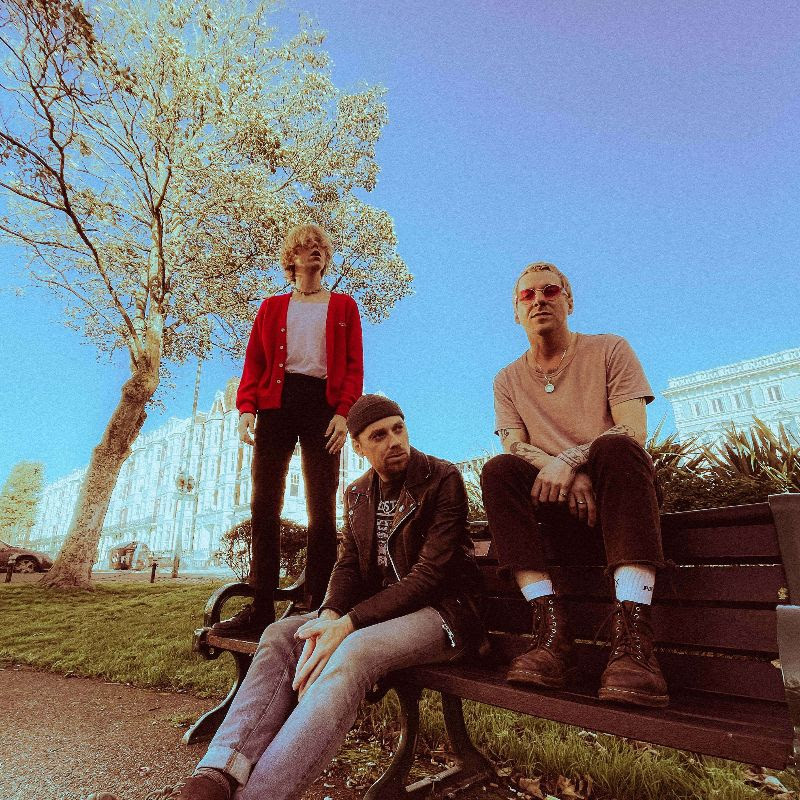 The XCERTS have released a new single and self directed video today. A cover of Starship’s ‘We Built This City’ it’s the first track from a new EP  So No One Told You Life Was Gonna Be This Way.  It’s a timely lament borne of missing playing live in lockdown and will be followed with tender interpretations of The Ramones “I Wanna Be Sedated”, Avril Lavigne’s “Complicated” and “Inbetween Days” from The Cure ahead of a new LP in 2021. The EP was produced by Ryan Burnett, with recording finishing just days before the second lockdown.

Speaking on the EP frontman Murray Macleod says ‘Since the first lockdown, I’ve found it fascinating that we are interpreting beloved songs and lyrics, poems, movies, books, tv shows, pieces of art, so differently because of the current climate. The EP features 4 songs that we’ve always loved and found comfort in, but during this time the lyrics have presented themselves in a different light and each song has taken on a whole new meaning. We wanted to document this time somehow whilst we drive ourselves up the wall waiting to record our next project so we holed ourselves up with our bud Ryan Burnett for a few days, perfected our ‘old fashioned’ cocktail recipe and pressed record. It was super fun and carefree and it also provided the perfect excuse to finally do a duet with our girl Heights on Complicated by Avril Lavigne.’

Watch the video for ‘We Built This City’ – HERE

Speaking of the new cover Murray said ‘I’ve spent many nights screaming this song at the top of my lungs in bars and on dance floors but i never really gave the lyrical content much thought or time. Our manager initially pitched it to me and i thought musically i could do something quite contrasting to the original but it wasn’t until i actually read the words i thought i could do something emotionally charged with it. We, along with so many others are feeling the effects of not being able to work within the live sector of the music industry and lines like ‘we just want to dance here, someone stole the stage’ / ‘who rides the wrecking balls into our guitars?’, really hit differently now. I hope music lovers across the globe who listen to this song feel hopeful, defiant and unified when they hear the words “we built this city on rock and roll”, because despite what certain members of the British government think, we really fucking did.’
Murray also spoke about the new self-directed music video ‘This is the first music video we’ve shot and directed ourselves and we’re so proud of it! Tom captained the ship and we filmed the whole thing in a slightly punk / gorilla style way. Prior to making the video, we’d had a lot of conversations about the aesthetic for our next album campaign and shooting some of our own videos had been mentioned numerous times so I think in making this, it’s really instilled some confidence within us that we have the intuition and eye for this side of our creativity.’