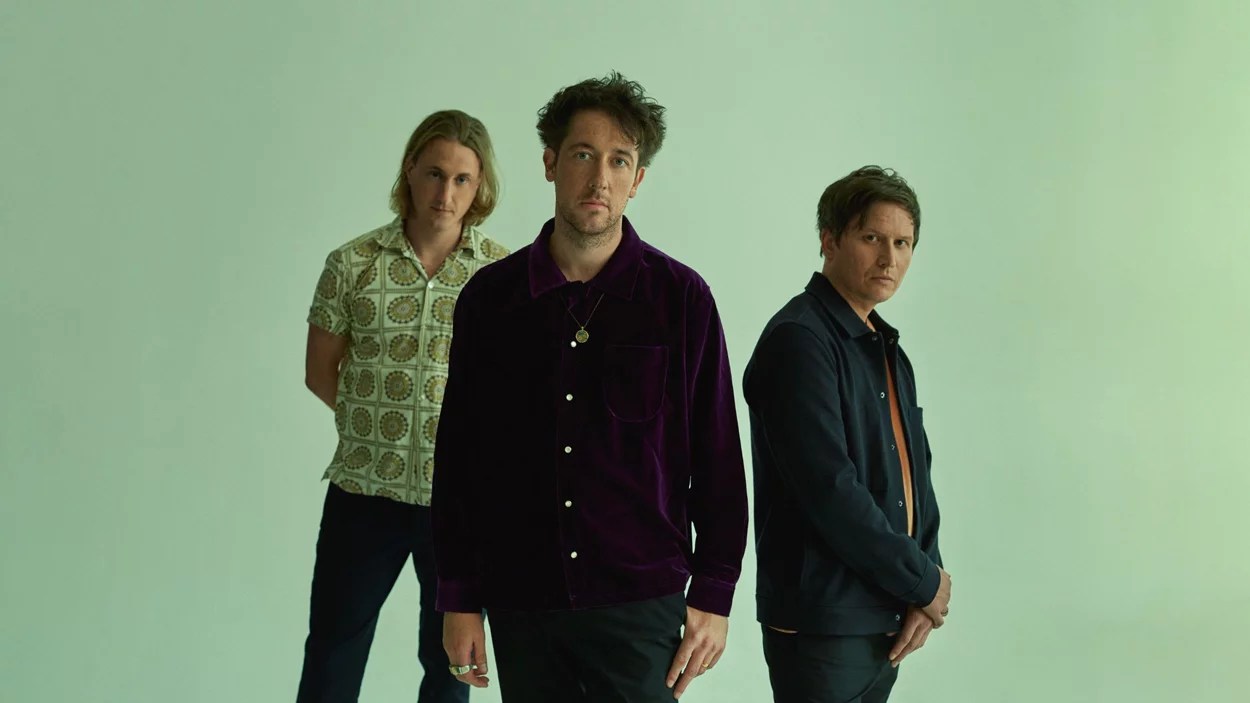 UNVEIL NEW SINGLE
‘EVERYTHING I LOVE IS GOING TO DIE’

“The Wombats still have a talent for creating absolute bangers” – CLASH

“The songs are made for big stages” – Gigwise

Today indie heroes The Wombats unveil their new single ‘Everything I Love Is Going To Die’; an upbeat homage to living to the fullest while we still can. Premiering as BBC Radio 1’s ‘Hottest Record In The World’ last night on the Future Sounds Show with Clara Amfo, the track is the latest offering from their upcoming fifth studio album Fix Yourself, Not The World, due for release on 7th January 2022 via AWAL. The new music follows the announcement of Mercury Prize shortlisted Sports Team and fellow Liverpudlians The Night Café as support acts for select dates on their 9 leg UK headline tour next spring – full tour listing below, as well as them being booked to play Tramlines Festival in July 2022.

Drawing equally from the tones and textures of modern pop as the likes of New Order and The Cure, ‘Everything I love Is Going To Die’ finds frontman Matthew “Murph” Murphy at his most wry and surreal. “The song is about the impermanence of life, and with that in mind, the beauty of each passing second. Key line for me is ‘Icarus Was My Best Friend, So I’m Gonna Make Him Proud In The End’, which I guess is a playful take on living life to its fullest even though the consequences of that might be dire. Certainly not a call to Nihilism however, but perhaps a call to being present and the joy that can be found in appreciating each moment we find ourselves in,” he explains.

Recording remotely over the past year from their respective homes, the band have been working hard to produce some of the most captivating, inventive and forward-thinking music of their career to date. With Murph in Los Angeles, bassist Tord Øverland Knudsen in Oslo and drummer Dan Haggis in London, they discussed each day’s plan via Zoom, then recorded separately, sending individual files to producers Jacknife Lee (U2, The Killers), Gabe Simon (Dua Lipa, Lana Del Rey), Paul Meaney (Twenty One Pilots, Nothing But Thieves), Mark Crew (Bastille, Rag‘n’Bone Man) and Mike Crossey (The 1975, The War on Drugs, Yungblud) to mix into the finished tracks. “It was pure madness, to be honest,” says Murph.

The viral success of Oliver Nelson’s remix of their 2015 hit ‘Greek Tragedy’ on TikTok has enraptured a whole new generation of fans, a feat they’ve managed to continually repeat since their 2007 debut A Guide To Love, Loss & Desperation. Used in over 600,000 videos (some of which have over 100 million views), the remix has rocketed to over 30 million streams, propelling the original to 120 million streams and sending it Gold in the US. It’s helped the band surpass 1.5 billion worldwide streams, also amassing an extra 2.4 million monthly listeners on Spotify since just January; further illustration, if any were needed, of The Wombats’ ability to reach new generations of fans through the timeless power of their songwriting and lyrics alone.

With their biggest ever UK headline tour set for 2022, including a landmark show at London’s The O2, recent single ‘If You Ever Leave, I’m Coming With You’ enjoying its 7th week of Radio 1 playlist rotation, and Fix Yourself, Not The World due for release on 7th January, this is only the start of what’s to come as fans new and old gear up for the next exciting chapter from one of Britain’s most adored bands.

Fix Yourself, Not The World tracklist:

1. Flip Me Upside Down

2. This Car Drives All By Itself

3. If You Ever Leave, I’m Coming With You

4. Ready For The High

5. Method to the Madness

7. Everything I Love Is Going To Die

12. Fix Yourself, Then The World (Reach Beyond Your Fingers)