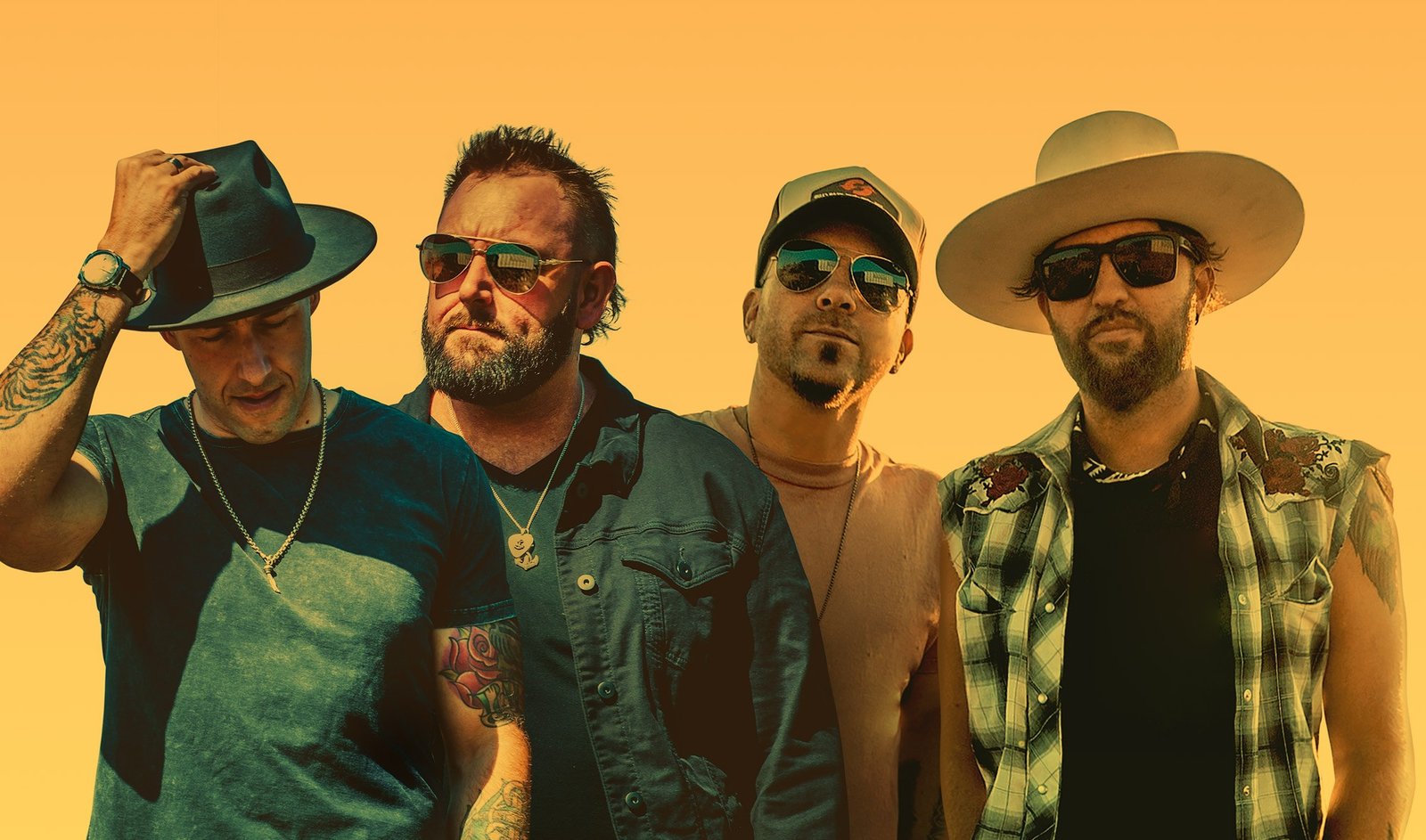 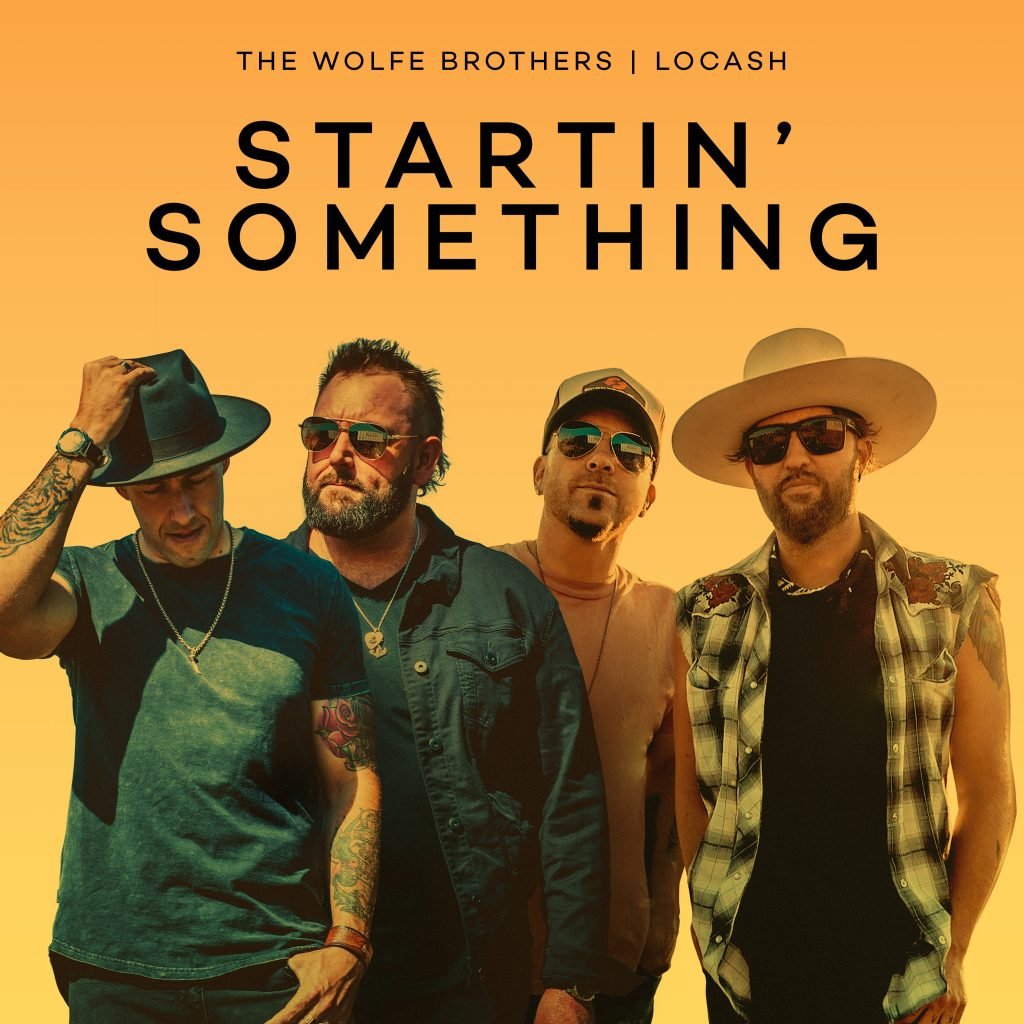 NASHVILLE, TN — (May 28th, 2021) — Australian duo The Wolfe Brothers today announce the release of their latest barnstormer, “Startin’ Something,” with American country duo, LOCASH. Hailed by the brothers as “a party starter from Tasmania to Tennessee,” the track delivers with a sonic vibe reminiscent of the international clinking of a Cascade Blue tinnie to a Budweiser can and brings together two much-loved duos with a generous helping of bravado and cheer. The duet is internationally available now—listen HERE.
Produced by Lindsay Rimes (Luke Bryan, Kane Brown, Kylie Minogue) the good time tune captures a similarly joyful fusion of country, rock and pop as The Wolfe Brothers’ previous hit collaboration with Rimes, “No Brakes.” “Startin’ Something,” originally written in 2016 with Jordan Brooker (Luke Combs), will be featured on the Australian duo’s new album, Kids on Cassette, which was announced today to be released worldwide on July 30th 2021. Listen to “Startin’ Something” here: https://TheWolfeBrothers.lnk.to/StartinSomethingPR
“We wanted to make a record we could play live anywhere – from the back of a truck to a stadium and ‘Startin’ Something’ seemed to be one of those songs that kept giving us that feeling,” said bassist Tom Wolfe. “We first shared a stage with LOCASH back in 2016 when their single ‘I Love This Life’ was dominating the charts— fast forward five years—we were digging through our catalogue and rediscovered this track and it transported us back to that time – we knew we had to reach out to the guys!”
In the five years since originally crossing paths both duos have signed with BBR Music Group/BMG and had a slew of successes including multiple No. 1 radio hits—to make for a pairing that promises great things and delivers in spades.
Emerging from their award-winning album, Country Heart, Kids on Cassette is The Wolfe Brothers’ fifth studio album and first following the band’s signing at BBR Music Group/BMG. “Startin’ Something” is the third single released from the new record and will be sent to Australian radio May 30th. The track comes hot on the heels of their 14th consecutive Aus Country Airplay No. 1, “Anybody Ever,” which is still in the Top 20 (29 weeks and counting) as well as its predecessor, “No Brakes” that spending 22 weeks in the Top 20. With songs of this calibre Kids on Cassette promises to be a crowd pleaser.
“We’ve pushed ourselves into new areas, feels and sounds for this record – It’s got heart, soul and a lot of fun in this one—I can’t wait for people to hear it,” says vocalist/ lead guitarist Nick Wolfe. “We’re really proud of the end result and just can’t wait to play the songs live!”
Pre-save/pre-add The Wolfe Brothers’ new album Kids on Cassette HERE.

ABOUT THE WOLFE BROTHERS:
The revered Country duo hailing from Tasmania, comprised of brothers Nick and Tom Wolfe, have become renowned in Australia over the past few years for their jaw-dropping live shows, their steady ascent to Australia’s Country music’s upper echelon and for producing a unique yet embracingly familiar sound embedded in nostalgia that is curious and innovative. If their first three albums were steps towards the rarefied space The Wolfe Brothers occupy now, it was their 2018 triumph, Country Heart that gave them the final push— musically and emotionally. Their fifth studio album, Kids on Cassette, due out July 30th, is the most conceptually and musically bold record The Wolfe Brothers have ever put to tape. Already having shared three songs from the record, to much success, and signing with BBR Music Group/BMG, it’s clear that they are moving full speed ahead, pushing forward with no cares in the world. For more information visit: www.thewolfebrothers.com.

ABOUT LOCASH:
Creating a sound that fuses modern Country and classic heartland rock with an edgy vocal blend, Wheelhouse Records’ LOCASH is the Country music duo made up of singer-songwriters Chris Lucas and Preston Brust; natives of Baltimore, Maryland, and Kokomo, Indiana, respectively. With two albums and eight charting singles to their credit, LOCASH broke out in 2015 with their gracious GOLD-certified hit, “I Love This Life,” followed by the flirtatious GOLD-certified #1 smash, “I Know Somebody” – their first trip to the top of the Country radio airplay charts – and 2017’s fun-loving romantic anthem “Ring on Every Finger.” All three singles were part of their album, THE FIGHTERS, which was released in the summer of 2016 to Top 15 success. In 2017, they earned their first round of awards show recognition, nominated at the ACM Awards for New Vocal Duo or Group of the Year, the CMT Music Awards for Duo Video of the Year (“I Know Somebody”), and the CMA Awards for Vocal Duo of the Year.  The 2019 ACM Duo of the Year nominee released their latest album (and first with their new label BBR Music Group/BMG), Brothers in 2019, which included their No. 1 hit single “One Big Country Song.” https://locash.com/