You can listen to the song here:

FROM NEW LIVE ALBUM  ‘ROCKED THIS TOWN: FROM LA TO LONDON’
OUT NOW VIA SURFDOG RECORDS 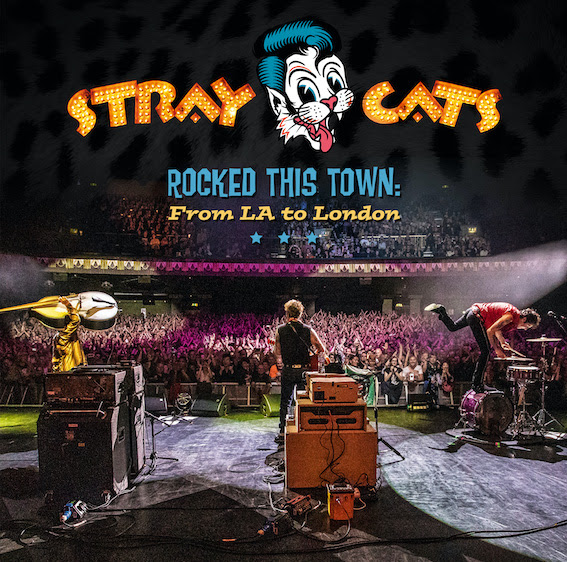 ROCKED THIS TOWN: FROM LA TO LONDON is the name of the new live album by The STRAY CATS.  Available now via Surfdog Records and distributed by Mascot Label Group (CD Boxset, Light Blue 2LP, Digital), this collection of 23 tracks recorded during the band’s critically acclaimed 40th Anniversary Tour combines their unparalleled virtuosity and red-hot rock & roll spirit, all raw and completely live–the way it was played on sweaty stages around the world.

Talking about the song Slim Jim Phantom said; “THREE TIME’S A CHARM” is probably my favorite song from the “40” album – I remember when Brian first played it for me over the phone – He had told me he wanted to write one around Gene Vincent & The Blue Caps style where the drums follow the lyric. This one was perfect and we came up with a good drum part over the phone in 5 minutes. I don’t even think we had a demo for that one. Brian played guitar and I played drums right over the phone. It worked in the studio and it was a natural one to play live. I dig this one the most!”

40 kicked the door open on a fiery new chapter in The STRAY CATS’ career. It entered the BillboardAlbum Sales chart US charts at #5. It marked the group’s highest entry since 1983’s Built For Speed, which was released 36 years ago. In Germany, it entered the Album Chart at #6 and in France at #7. MOJO called ‘40’ “Top Class”, American Songwriter declared “The Stray Cats remain a well-oiled machine, as super charged in 2019 as they were 40 years earlier”, while All Music noted: “Comfortable in their skin and still intoxicated by a big rockabilly beat, the Stray Cats sound vigorous and sly….”

On the live front, The STRAY CATS performed European shows last June and July and then toured America in August. As Newsday (New York) noted, “All three are now virtuosos on their instruments, with Rocker and Phantom weaving together intricate rhythms while Setzer delivers wild guitar solos. And Setzer’s rockabilly croon has only deepened and improved with age, as he showed on their breakout hit ‘Stray Cat Strut’ and a gorgeous version of ‘I Won’t Stand in Your Way.’ The simplicity of their setup makes what they do with songs like ‘Rock This Town,’ which becomes an epic anthem live with solos from Setzer and Rocker, all the more stunning”.

**On LP and digital only 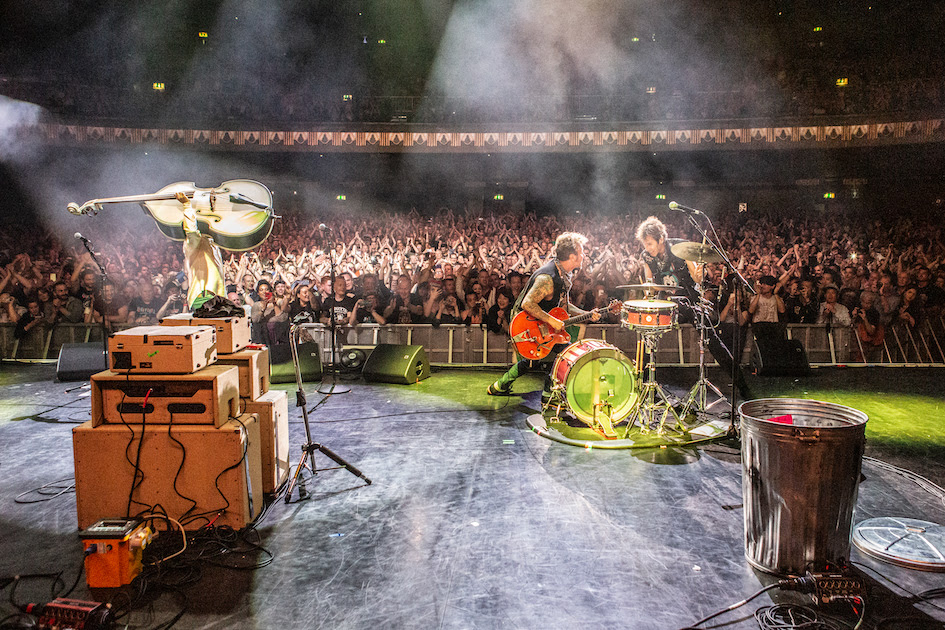 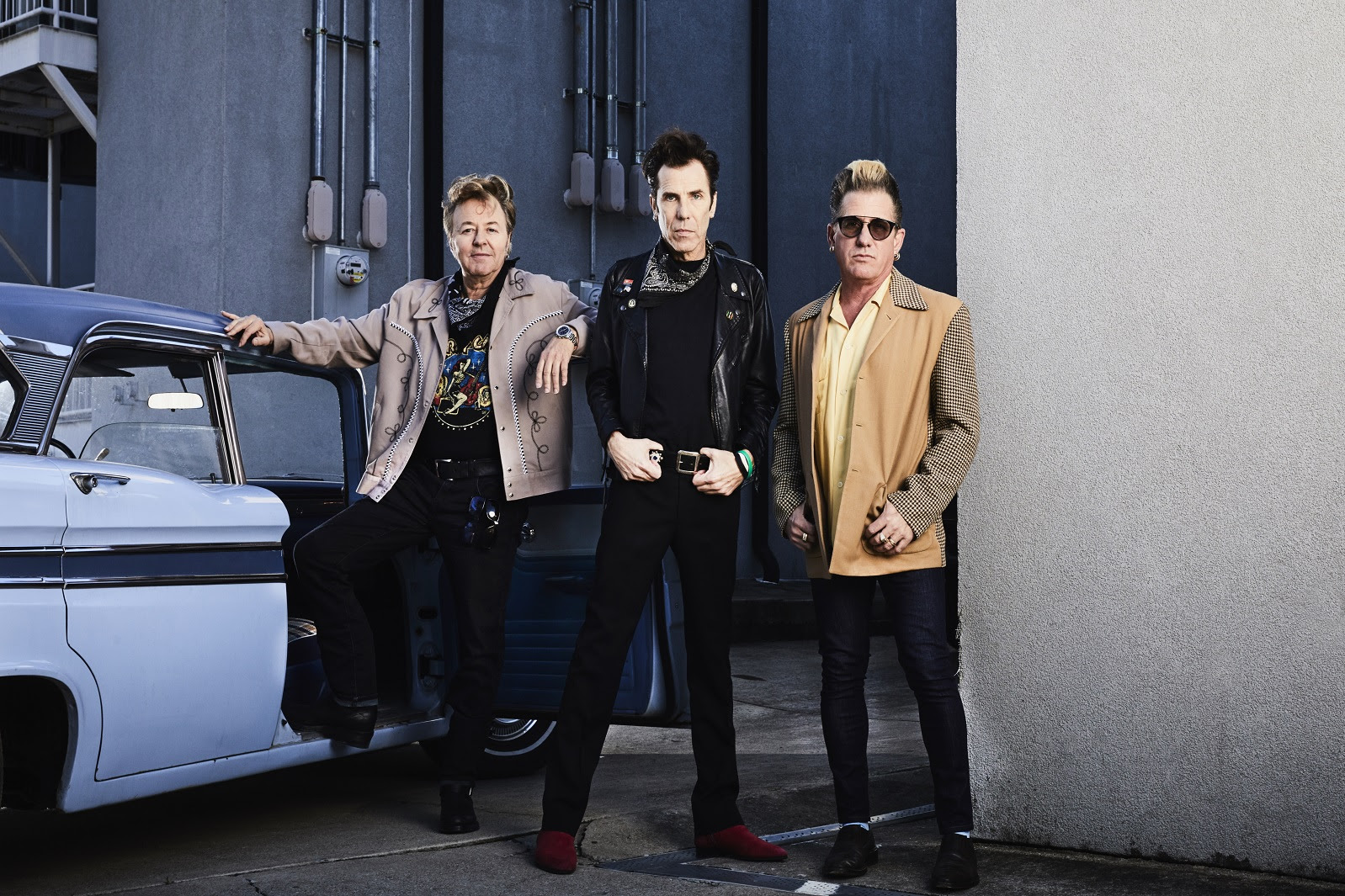 About The STRAY CATS:
The STRAY CATS, the band that put Rockabilly music back on the record charts in the early ’80s, scored several big hits on both sides of the Atlantic thanks to a striking visual 1950’s style brought “up to date” with exaggerated pompadours and colorful tattoos and as well as genuine musical chops that evoked the best players of rockabilly’s original heyday. Formed by guitarist/vocalist Brian Setzer, upright bass player Lee Rocker and drummer Slim Jim Phantom in the Long Island town of Massapequa, NY, in 1979, the trio shared a love for Rockabilly music.  After banging around New York for a few months, in the summer of 1980, and seeing a pompadoured kid on the cover of UK magazine NME, they hopped a plane to London where a rockabilly revival movement was just beginning to emerge. Their massive hits and videos include “Runaway Boys,” “Rock This Town,” “Stray Cat Strut” “(She’s) Sexy + 17,” and “I Won’t Stand in Your Way.”
For more information on The STRAY CATS, visit:
Official Website | Facebook