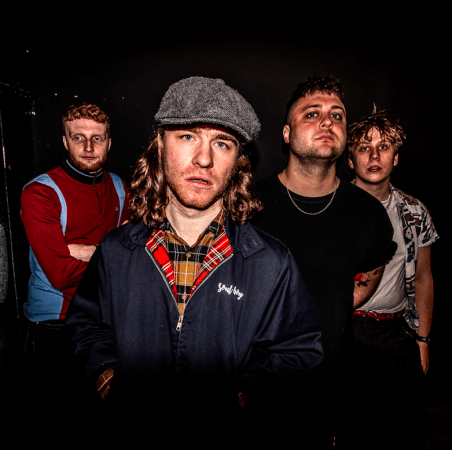 “A band who’ll be headlining venues like Brixton Academy sooner rather than later.” – This Feeling / Gigwise

“The Skinner Brothers are at the top of their game.” – Northern Exposure

“‘Iconic’ is full of anthems, grooves, amazing melodies and is going to be massive.” – This Is The Music

The Skinner Brothers’ recent EP ‘Iconic’ lifted up to its name, winning the rising indie rock ‘n’ rollers a rush of tastemaker attention. Its title track was premiered by Steve Lamacq at 6 Music as further airplay soon followed at Radio X, BBC Radio London, RTÉ and Islington Radio, while strong strides were made at streaming too, with Best New Bands and Fresh Indie playlists at Amazon Music. Even Begbie likes them, as ‘Trainspotting’ star Robert Carlyle tweeted his support.

Now as three huge outdoor shows with The Streets await, The Skinner Brothers again step confidently forwards with their brand new EP ‘Culture Non-Stop’. The EP is launched alongside its lead single and title track.

‘Culture Non-Stop’ wastes no time getting down to business, as the title track highlights their potential as the next great hope of essential British guitar music: raw garage-rock with indie disco immediacy and a rousing soulful edge. ‘Told You So’ then flies with a brighter, buoyant tone, boosted by spiralling guitars and an atmospheric breakdown that’s sure to be hollered back at them during future live shows. The pace drops briefly for ‘Jericho Star’, a rare sun-kissed expression of love from frontman Zac Skinner, before closing with the gritty psyche-tinged ‘Mountain High’.

As with ‘Iconic’, the ‘Culture Non-Stop’ EP was produced by Zac at his home studio in Brentford, west London, and subsequently mixed by the Grammy-nominated James Krausse.

Early supporters of The Skinner Brothers included Carl Barât, who invited them to tour with The Libertines, while new music champions This Feeling have constantly tipped them for greatness. That’s something which edges ever closer, assisted by recent deals with Blaggers Records and management company Magus Entertainment (The Streets, Dexys, Duran Duran).

Completed by Joe Fisher (guitar), Perry Meadowcroft (bass) and Alfie Clayton (drums), The Skinner Brothers have already returned to touring, with a sold-out show with The Dead Freights at The Joiners in Southampton. Next up is a long sold-out London headline show at the 100 Club plus those three gigs with The Streets. The dates are: