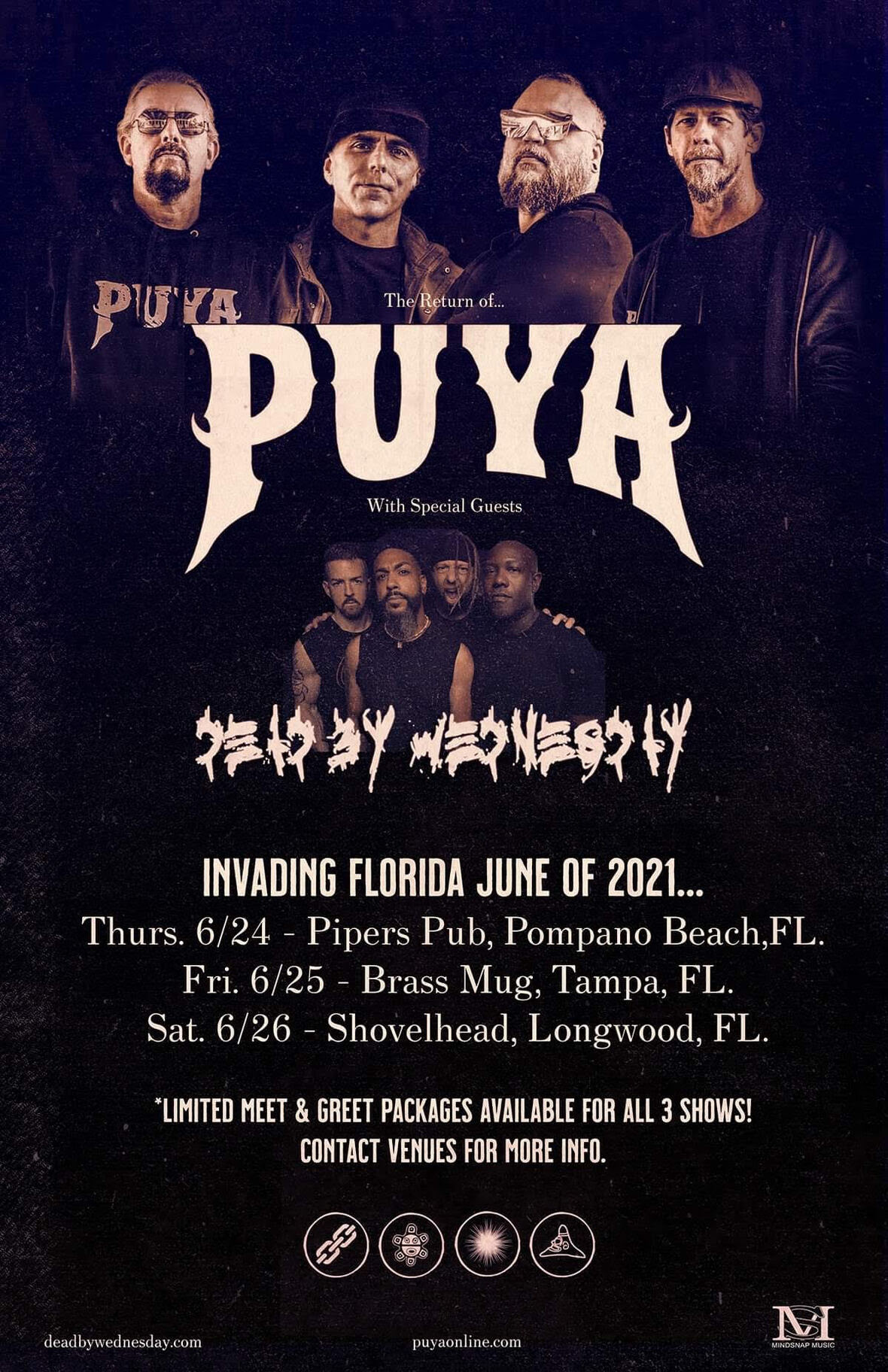 PUYA have begun tracking some new material. The band has reunited with frontman Sergio Curbelo and has added percussion from Oscar Santiago (ex-Ill Niño). The new songs will be engineered by Jarrett Pritchard (1349, Goatwhore) while Zeuss (Rob Zombie, Hatebreed) will mix and master with Miguel “Mick Blazzing” Blasini as Executive Producer.

“Hey, this is PUYA coming straight to ya Florida! We are super excited about invading Florida this summer! We came to Jarrett Pritchard in Orlando to record our new record on 2inch tape and the one & only producer Zeuss will be mixing it! Enjoy this new single that was recorded during the pandemic called “Potencial “ and our new video to support it! We will see you with our great friends DBW on this Summer Invasion coming straight to FL!!!” says Eduardo Paniagua, PUYA drummer.

“I grew up listening to these guys since they were on Atlantic Records and playing Ozzfest so not only is it an honor to be opening up for them on their debut return in the states with my band DBW, but I’m happy to also say that I’ll be working with them on many different levels as well in the future. Great bunch of guys and a very talented band!!!!!!!! We will be working on taking over the world once again with their unique style & original sound!” adds Opus, DBW & ELLEFSON drummer.

PUYA is widely known as the most prominent Latin metal band historically to come out of the Caribbean. For over two decades they have built a loyal fan base all over the world with their unique blend of metal, which has earned them the respect and admiration from the music industry as well as their faithful followers world wide.

Since the early 90’s PUYA has set themselves apart with their unique brand of Latin metal by blending aggressive power riffs with traditional Latin rhythms, which has given PUYA their own identity. The band was founded in 1990 by guitarist Ramon Ortiz and bassist Harold Hopkins. Soon after drummer Eduardo Paniagua joined the group and singer Sergio Curbelo joined the band two years later, completing the original line up. Since 1995, PUYA has been releasing original music. From their self titled indie release under Noiz Boiz Records to major releases like Fundamental (1998), produced by Gustavo Santaolaya (Molotov, Juanes), which won the band Billboard and ASCAP awards and Union (2001), produced by Garth Richardson (Rage Against the Machine, Red Hot Chili Peppers) under MCA Universal. The band quickly became a powerful national act and a staple in the Latin rock world. PUYA formed part of mayor tours such as Ozzfest 99′, Snocore 2000, Red Hot Chili Peppers (Californication tour) and Iron Maiden (Ed Hunter tour) among many others.

PUYA returned to the stage by headlining festivals in the late 2000’s and busting out independent releases such as their EP Areyto, the live DVD Pa Ti En Vivo and their live album Vital. In February 2020 their new single “Viento” was released on all digital platforms. The band is looking forward to hit the stage again with their original recipe, Sergio Curbelo- vocals, Ramon Ortiz-guitar, Harold Hopkins-bass, Ed Paniagua-drums, and Oscar Santiago-percussion.

Please get in touch if you would like to interview the band or attend a show for review. 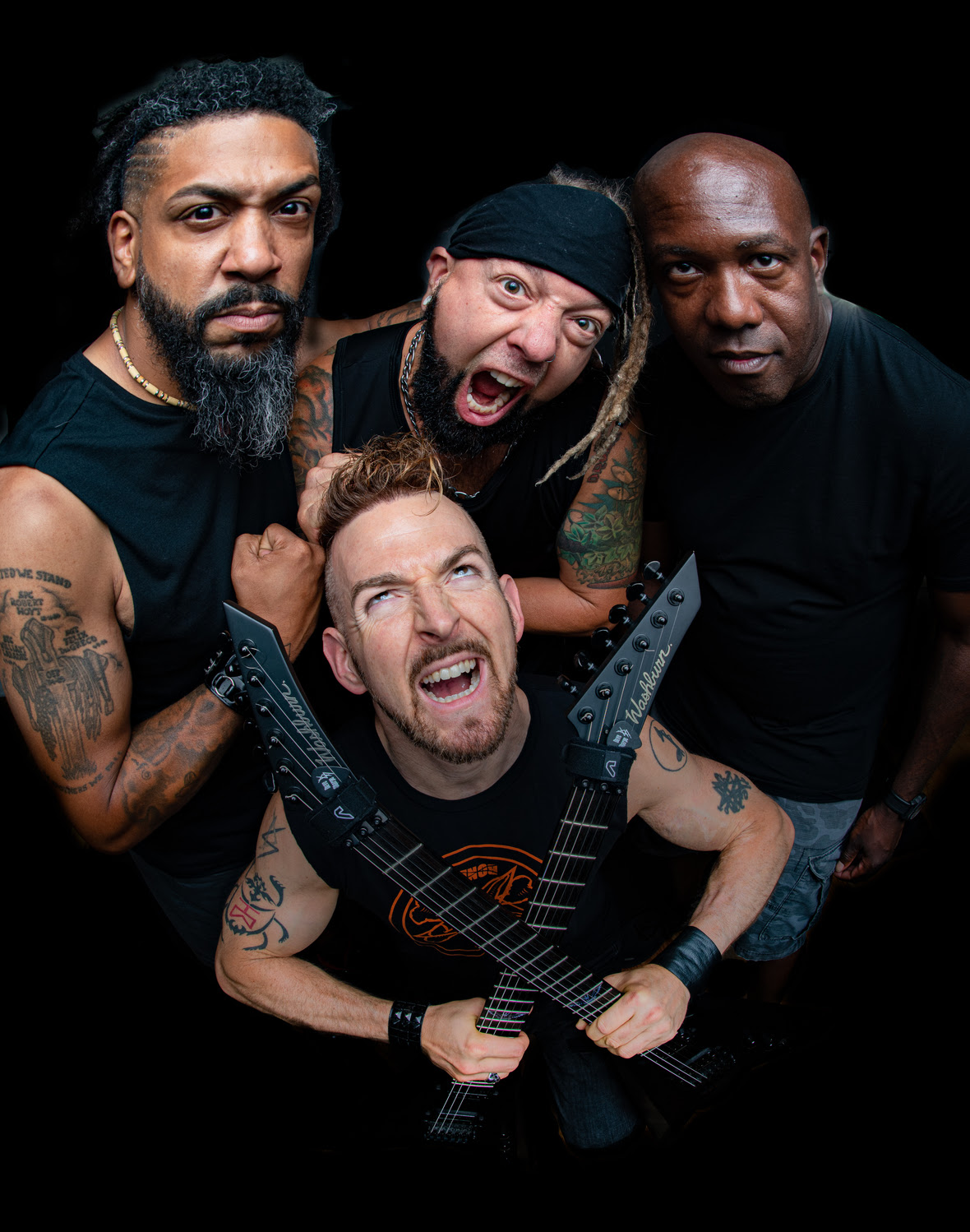 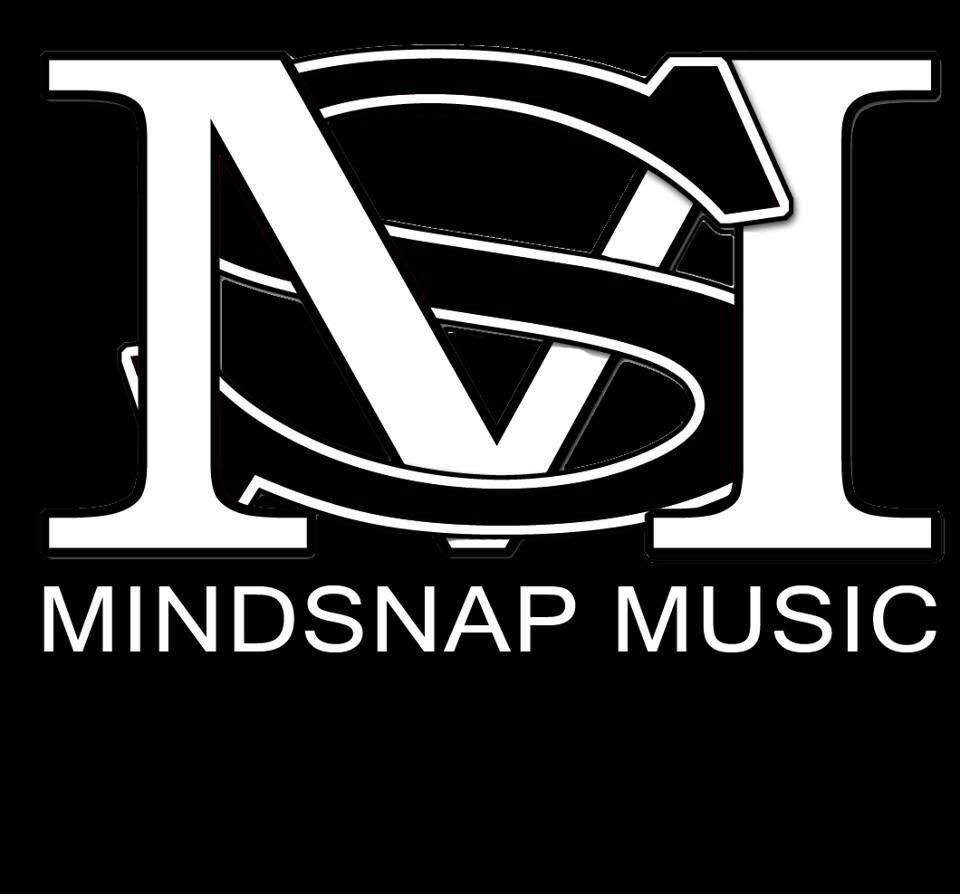