2019 has seen UK five-piece The Raven Age excel as future heroes of modern British metal following the release of their acclaimed second album Conspiracy in March, and their biggest UK and European headline tour to date.

The Raven Age have now announced that to finish off what has been an incredible year so far they will be putting on a special one-off headline show in London for their UK fans. On Friday 13th December, they will bring Noctem Mortis – Night Of Death – to The Dome in Tufnell Park, and fans can expect a theatrical, Black Death-inspired show where they’ll be able to experience The Raven Age at their ambitious best. Expect drama, mystery, suspense and surprises!

George Harris comments, “2019 has been a whirlwind of a year for us. The fan reaction from ‘Conspiracy’ has been above and beyond what we’d hoped for and it’s well and truly given new members MJ and Tony a warm welcome to The Raven Age family. To have that followed by an unforgettable headline tour around UK and Europe, everything feels like it’s been turned up a notch.

“We can’t wait to show you all what we have in the pipeline for our final show of 2019. What better way to round off a brilliant year for TRA than a headline gig in London….on Friday 13th?”

They have also shared an animated lyric video for the track ‘Seventh Heaven’, which is lyrically inspired by the historical notion – the Aureole – and finding resolve in life. George explains, “’Seventh Heaven’ was written about finding a purpose. It’s easy to get yourself into a rut and become comfortable with that.

“Sometimes you need something to come along that makes you realise you can be better. When you think about all the things that needed to happen to lead you to that particular moment, it’s almost like a miracle.” Watch the video here.

The track features on Conspiracy which has now surpassed 5million+ streams and marks a new era of The Raven Age – revived and reenergised, with fantastic support from leading metal publications across the globe, and ready to scale new heights across the globe.

Newest member, vocalist Matt James has firmly cemented himself as part of the family alongside co-founder George Harris (guitar), Matt Cox (bass), Jai Patel (drums) and new guitarist Tony Maue (guitar) after receiving high praise for his powerful vocal abilities on Conspiracy and the live stage. Next week he will be leading the band as they start their run as support to metal legends Iron Maiden on a three month tour of stadiums and arenas across North and South America.

On return the band will then head straight back out with Alter Bridge and Shinedown on their European tour this November, before exiting 2019 on a high with the London date.

For a full list of upcoming tour dates and tickets visit: http://www.theravenage.com/tour

Stream the new album Conspiracy here or purchase it from http://www.theravenage.com/Conspiracy 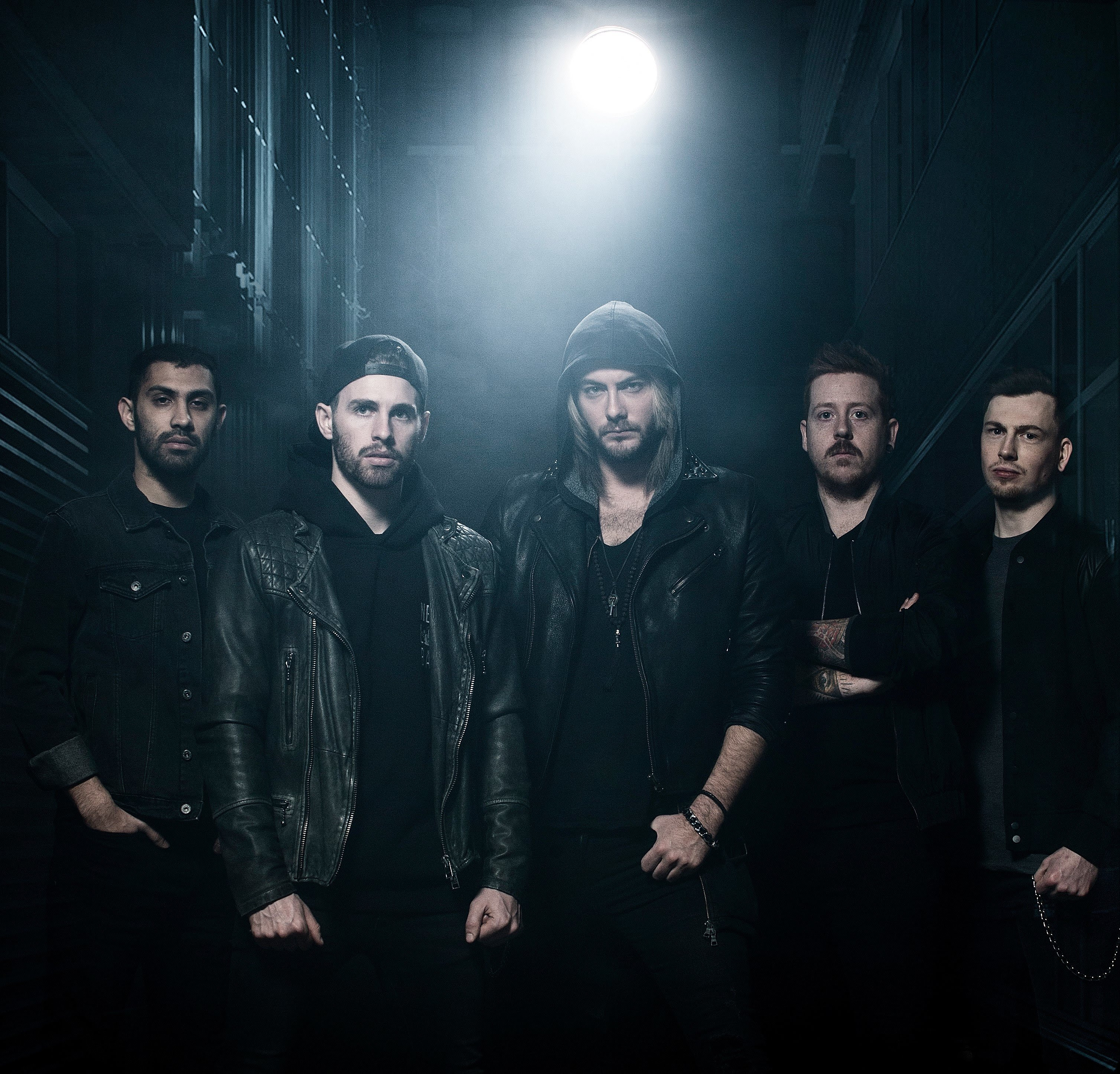