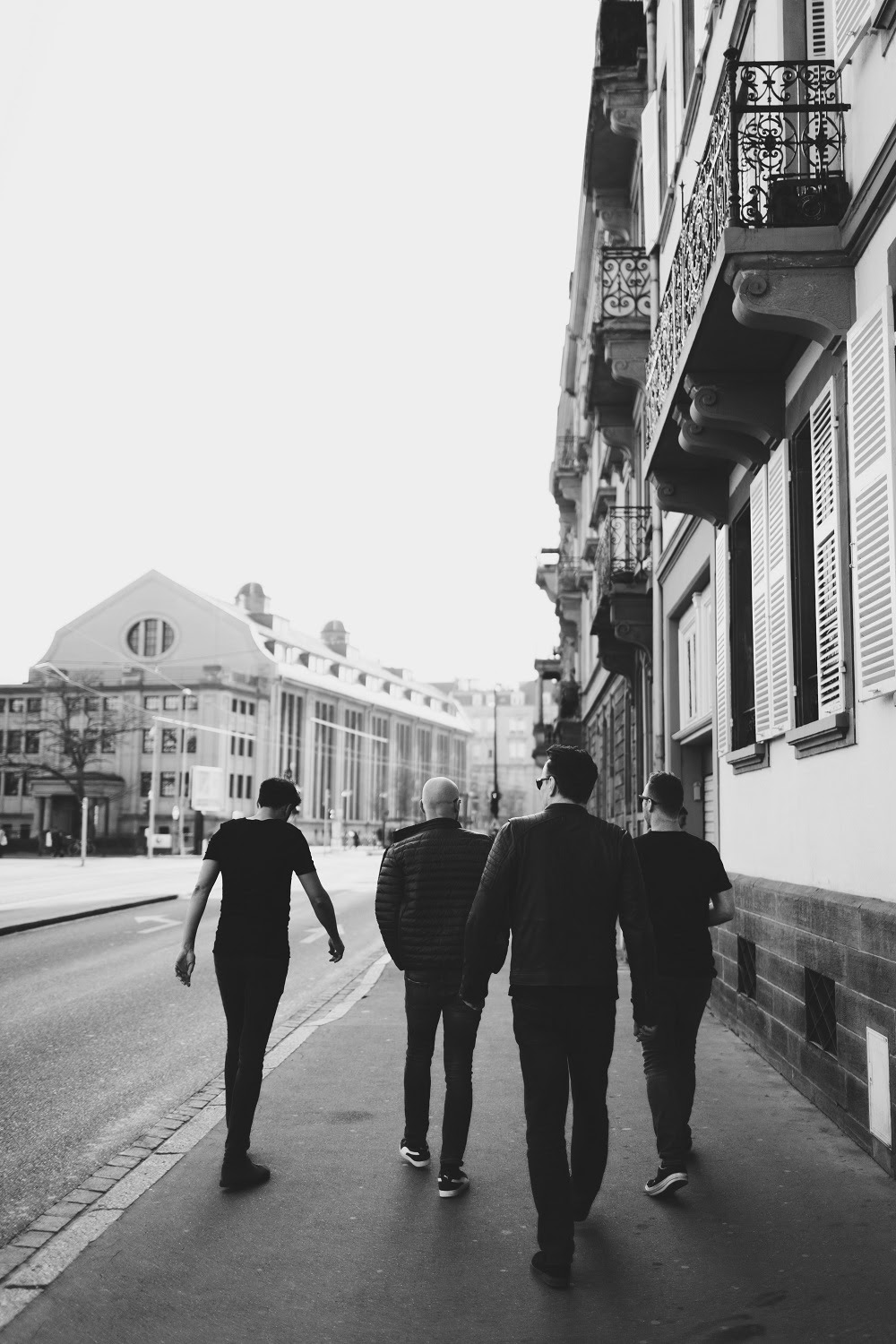 The Pineapple Thief have announced their new album, Versions Of The Truth, out on September 4th via Kscope. The band have also shared their new track ‘Demons’ and accompanying video (directed by George Laycock, produced by Blacktide Phonic/Visual), the first to be taken from the upcoming album, which is available to pre-order here.

Combining sweeping soundscapes with infectiously pensive choruses, ‘Demons’ is a swelling and expansive journey from subtle ambience to immersive climaxes, underscored by exotic orchestral flourishes and carried by emotive vocals.

“The lyrics really speak for themselves,” explains frontman Bruce Soord. “It’s a very simple sentiment, but actually one that was quite difficult to sing when it came to it. It was one of the first songs we wrote for the new album and the emotions that fed into the track were still very raw at the time. I’d like to think writing songs like this would prove to be cathartic, but in reality those demons just don’t go away and it’s really a case of learning to live with them.”

Throughout the album, The Pineapple Thief explore vast swathes of sonic territory, with minimalist passages building to explosive crescendos and instrumentals which blend disparate elements into flowing expressionism to create an immersive dichotomy.

It’s an album that holds up a mirror to the chaos and conflict of 21st-century life and tries to make sense of the distorted reflections that gaze back at it. A blurring between the real and the perceived, between meaning and intent. The title says it all: this is the soundtrack for a post-truth world.

“When you have conflict, the truth gets bent and kicked around, the facts get changed,”says Soord. “That’s why people argue or get divorced or fight – because nobody can agree on what the truth is. That idea of different versions of the truth especially applies to the world we’re living in right now. All these things are happening where nobody has any idea of what the real truth of anything is because everything is so distorted.”

The darkly anthemic title track opens the album and sows the seeds for what follows. Alluding to broken friendships and how the truth becomes the first casualty even in the most personal conflicts, it finds Soord approaching the subject from two opposite yet connected perspectives.

That very personal undercurrent flows beneath the entire album. The haunting and nocturnal ‘Driving Like Maniacs’ paints a vivid picture of a friendship always destined to crash and burn, while the seven-and-a-half minute ‘Our Mire’ finds Soord addressing the consequences that come in the wake of a broken relationship.

The themes of the album – ever-changing perspectives and malleable truths – are reflected in its artwork. An etching by the late German artist Michael Schoenholtz, it features a series of kinetic, abstract shapes that seem to reveal a different image to whoever looks at it. Gavin Harrison came across the etching just as the band were finishing Versions Of The Truth, and showed it to his bandmates.

“That particular etching just seemed to resonate with me,” says Harrison. “Within five minutes we had all chosen the same image. It was the fastest selection process of a band that I’ve ever witnessed. As is often the case with modern contemporary art, different people find different meaning within it. Personally I see it as an intriguing maze that depicts the mental process of creativity. It never has straight lines.”

Produced by the four members of the band – vocalist Bruce Soord, keyboardist Steve Kitch, bassist Jon Sykes and drummer Gavin Harrison – Versions Of The Truth marries a stellar musical breadth to a spectrum of emotions that run from anger and confusion to sadness and regret and even glimmers of hope. In places, the album is starkly autobiographical. In others, it confronts the chaos of modern life head-on.

What has emerged stands as The Pineapple Thief’s finest album yet. It takes the creative and commercial triumphs of their last two albums, 2016’s breakthrough Your Wildernessand its follow-up Dissolution, and magnifies them. Musically bold and lyrically thought-provoking, this is the sound of a band determined to push themselves forward. 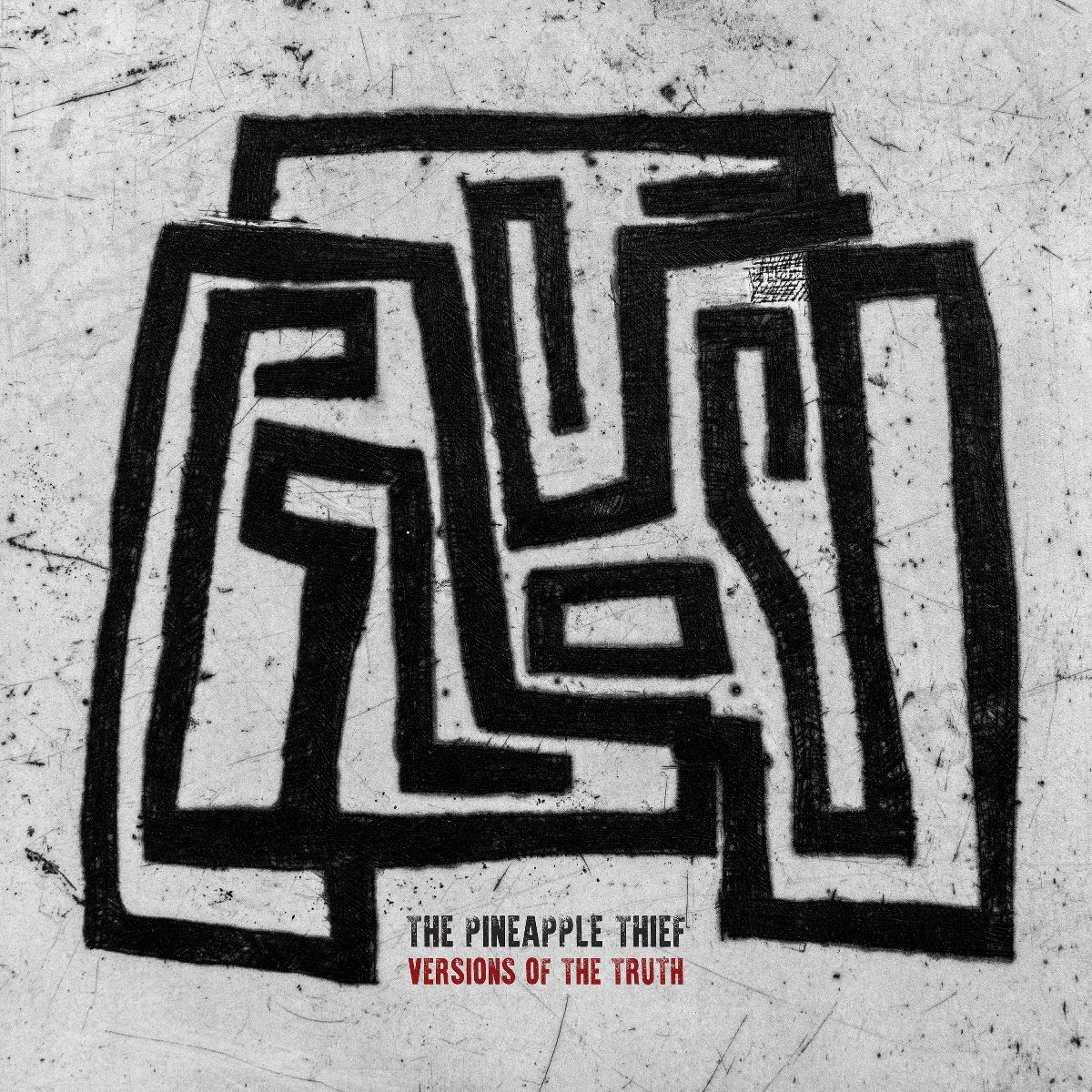 Versions Of The Truth will be released on CD, LP incl. various colours, digitally, Blu Ray disc w/ bonus track plus as a limited edition deluxe hardback book 4 disc version and is available to PRE-ORDER HERE

Due to the current Covid-19 virus situation the band’s planned headline tour for Autumn 2020 has been rescheduled for 2021. All tickets for the 2020 dates will be valid for the new dates. For refunds please check with point of sale.