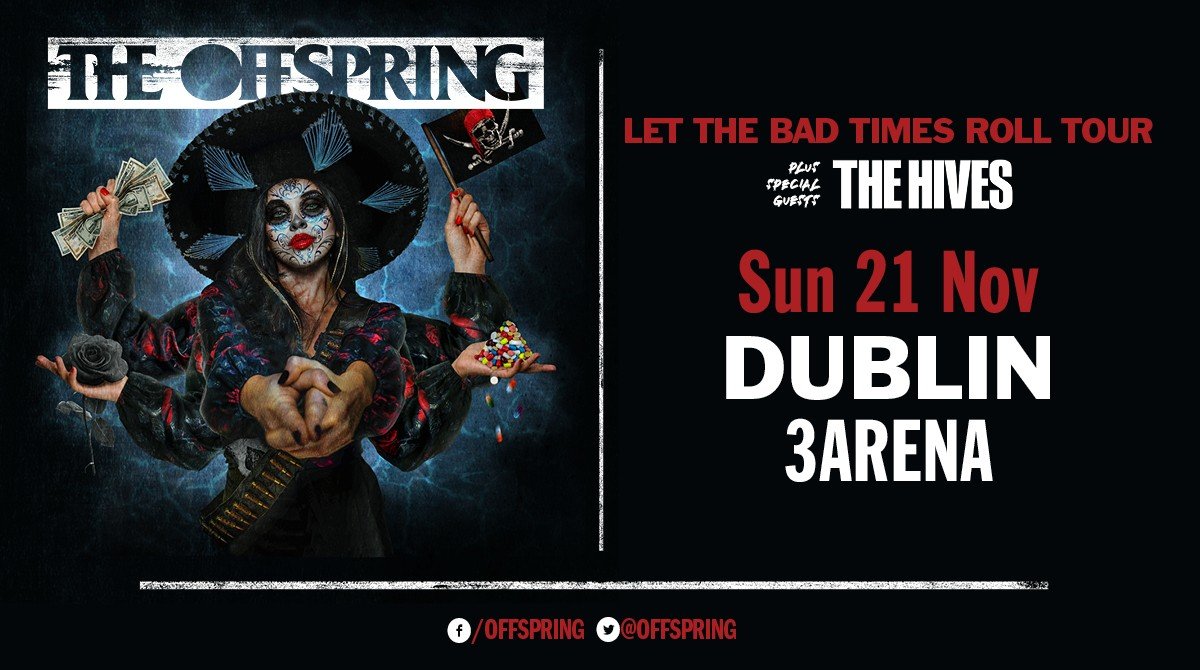 WITH SPECIAL GUESTS THE HIVES

TICKETS ON SALE THIS FRIDAY

Special guests are The Hives.

Tickets from €58.50 including booking and facility fees go on sale this Friday at 9 am.

Legends and innovators of the Southern California punk rock scene, The Offspring have sold more than 40 million albums worldwide, won countless awards, and have toured consistently, playing more than 500 shows in the last decade alone.  Their music has had a lasting impact across film, television, and video games, but the band turned their focus to a new album release in 2021.  The band is comprised of singer Dexter Holland, guitarist Noodles, drummer Pete Parada and new bassist Todd Morse.

The new music was written and recorded over the course of the last several years at various locations including the band’s Huntington Beach, California studio. The album is the band’s third time working in collaboration with legendary rock producer Bob Rock.

True to the irreverence at the core of punk rock music, the band and lyricist Dexter Holland took a view to today’s cultural moments and didn’t shy away from creating topical material in this album.  The title track, written in late 2019 and recorded in 2020, reflects the country’s ongoing challenges.  Holland said: “I feel like we’re in a unique period in history where instead of our world leaders saying ‘we’re doing our best’ it’s more like they’re saying ‘fuck it’ and its really scary.”

As guitarist Noodles said: “Folks are saying, if it’s all going to Hell, we might as well make the most out of it, or at least go out swinging. ‘Let The Bad Times Roll!’” 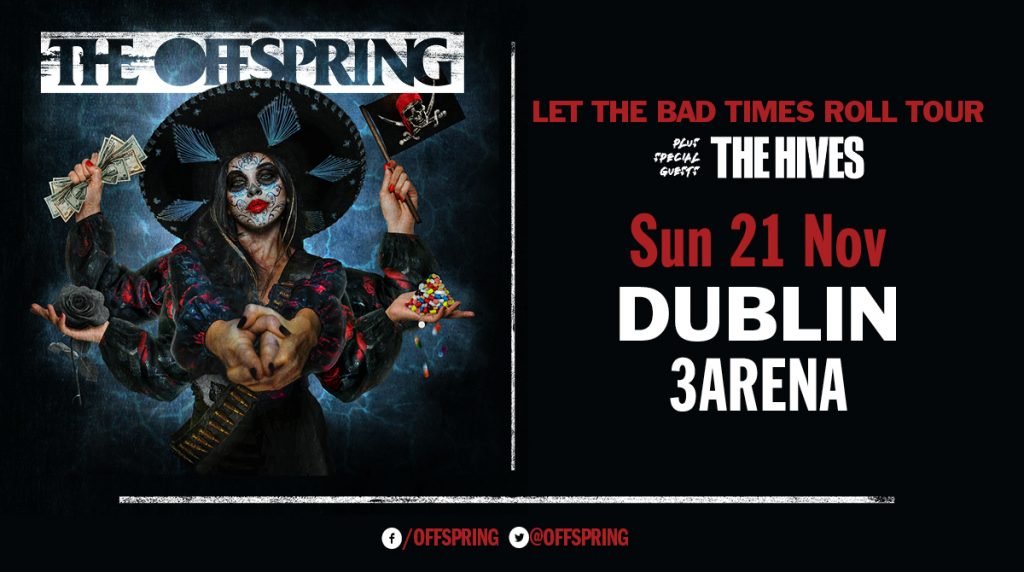