Search
Home
News
The Nest will release River Mnemosyne, the third single from their upcoming album on all digital platforms. This song is about a couple who worry that the man has the Alzheimer’s that runs in the family. The band wants to use their music to make a difference, so the release coincides with the launching of a fundraiser for Alzheimer’s Disease International. Vocals were recorded, and songs were mixed, by Mikko Herranen of Noise Floor studios in Helsinki.
Listen to the single
Spotify: https://spoti.fi/2taESQm
Apple Music: https://apple.co/2RyKo8O
Amazon: https://amzn.to/2t63KZo
Tidal: https://listen.tidal.com/artist/5515875
Youtube: https://youtu.be/K6cNEeNw_Vs
This song is about a woman whose love fears that he might get the same illness his father had, early-onset Alzheimer’s (EOAD). The River Mnemosyne is a river in Greek mythology named after the goddess of memory. The dead were thought to drink from the River Lethe, the river of forgetting, to forget their past life. The singer implores her love to not drink from the river of forgetting like his father did while living, but to drink the waters of remembering. It is a haunting song of two people trying to be released from impending doom and find a way to hope.
FUNDRAISER BACKGROUND
The Nest feels committed to supporting organizations trying to find a cure for Alzheimer’s and for this reason they will be raising money for Alzheimer’s Disease International (ADI) (https://www.alz.co.uk) by donating all income from sales through BandCamp of this single, River Mnemosyne. For the next 6 months (Jan. 29, 2020 – July 31, 2020), the band will collect the raised money in their PayPal account and then do a one-time transfer to ADI. The singer has already completed one fundraiser in 2018, for Brain Chemistry Labs, an organization in the states working on a cure for neurological diseases, including Alzheimer’s. She successfully raised 1000 USD through donations and by matching funds with her own money.
To listen to the single and donate on Bandcamp, go to The Nest (Finland) Bandcamp page https://thenest1.bandcamp.com, choose River Mnemosyne, and click on “Buy Digital Track”. Then in pop up window enter the amount you wish to donate and simply choose PayPal or credit card. There is a minimum donation of 2 euros, but you are welcome to donate as much as your heart desires to support finding a cure for Alzheimer’s!
Quotation from Sally Armbrecht, lead singer of The Nest: “We make music because it makes us happy. But if we can use our music to make this world a better place and raise money for the cause of Alzheimer’s, which we are personally affected by, then we’re going to try our best. We hope people will feel inspired to check out our song, River Menemosyne, on Bandcamp https://thenest1.bandcamp.com, and purchase it/donate, for even the price of a cup of coffee! Thank you in advance!.”
Here is a description from Alzheimer’s Disease International about their work, from their Vision and Mission page (https://www.alz.co.uk/vision-and-aims):
“Our vision is risk reduction, timely diagnosis, care and inclusion today, and cure tomorrow. Our mission is to strengthen and support Alzheimer and dementia associations, to raise awareness and lower stigma about dementia worldwide, to make dementia a global health priority, to support and empower people living with dementia and their care partners, and to increase investment and innovation in dementia research.”
BIO
The Nest is an atmospheric alternative rock band from Southern Finland. Their moody music explores the sacredness of nature, life and death, love and mystery. The singer and keyboard player, Sally Armbrecht, is originally from the US. Both the bass player, Markus Lehtinen, and the drummer, Tuomas Villikka, hail from FInland, and it is this interesting collision of culture and musical tastes that makes The Nest’s sound unique. The music relies on a contraposition of heavy bass and drums with soaring female vocals and poetic lyrics. Influences are from bands as diverse as NIN, Dead Can Dance, Jefferson Airplane, Florence and The Machine, and The Doors.
https://www.instagram.com/thenestband/
https://www.facebook.com/the.nest.finland/
https://www.youtube.com/channel/UCqzoTcD37FobLNIKkk86cKQ
CD -pre order:
https://www.inverse.fi/shop/catalog/product_info.php?products_id=853 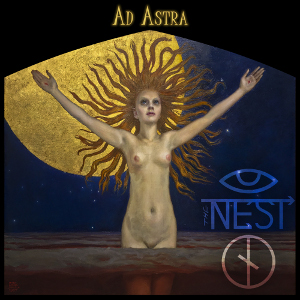