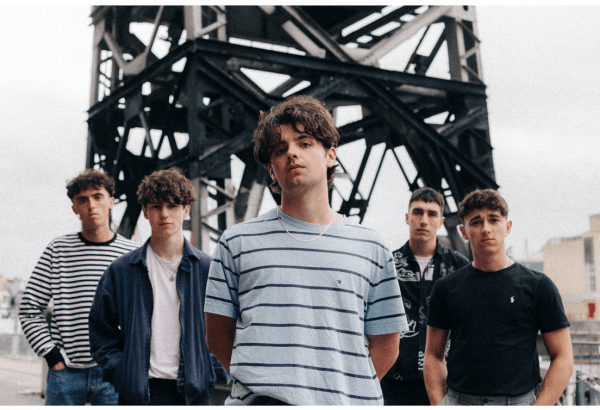 Having the only burst on to the scene last year, West Country quintet The Native continue their rise, with an ever-growing catalogue of festival-ready anthems. Today the band are sharing their brand new single ‘In My Mind’, yet another indie smash that was written during last year’s first UK lockdown. “We found ourselves looking back on the twists and turns of half-remembered nights out, craving them every weekend” explain the band.

You can count the musical success stories that have come out of Plymouth on one hand, but The Native isn’t letting that hold them back. “Some people think coming from Plymouth is a bad thing for your career” says Charlie Noordewier, The Native’s vocalist. “We’re really proud to come from down here though. We want to put Plymouth on the map with our music”.

‘In My Mind’ is accompanied by the following video, shot inside one of Plymouth’s legendary old venues. The release precedes the band’s first live show in 18 months too, where they will take over Plymouth Pavilions on July 17 for a special headline event. Tickets are available here.

The summer of 2020 marked the arrival of a young band who are not afraid to tackle heavy topics through their songwriting, whilst creating infectious indie anthems that have built The Native a formidable and loyal following already.

Debut single Chasing Highs was inspired by the tragic passing of a local school girl after a drug overdose. Follow-up track Break Away represented the band’s uneasiness towards Brexit, whilst last year’s closer Frontline depicted the tale of an abusive relationship. A sense of lyrical melancholy is threaded throughout the band’s songwriting, whilst their soaring melodies, surging guitars and indie-rock integrity stand tall.

The Native are already being championed by their local BBC Introducing and have picked up early support from the likes of Dork Magazine, Clash, EARMILK, and This Feeling who have tipped them for their ‘Big in 21’ series.

This exciting, young band have taken the West Country and beyond by storm and are certainly one to watch this year.

Connect with The Native