The Masquerade Rock Music Fest in association with 94.3FM The Shark

with special guests: The Raskins

Rob Rush from 94.3FM The Shark

Long Island’s Home For Everything That Rocks

Tickets available at Eventbrite and Ticketmaster 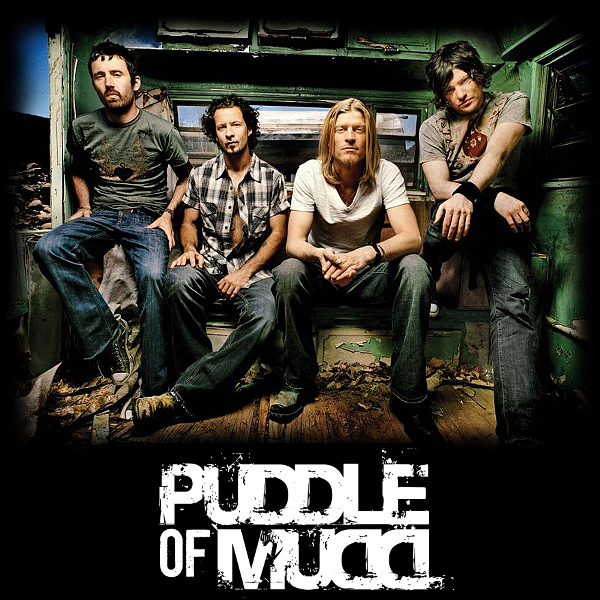 Puddle of Mudd rise from the ashes with their sixth studio album in nearly a decade, entitled Welcome to Galvania. Formed in 1991, Puddle of Mudd has sold over seven million albums and has had a string of number-one singles, including the hits “Blurry,” “She Hates Me,” and “Famous.” The new album, Welcome to Galvania, was produced by Cameron Webb (Alkaline Trio, Disturbed, Motorhead). It also marks the band’s first full-length album since Volume 4: Songs in the Key of Love and Hate in 2009.

“This album has been a long time coming. I’m just so happy to finally get it out there for my fans,” says Puddle of Mudd’s frontman, Wes Scantlin. “I hope the new music inspires my fans to live their lives. I’m just trying to crawl under people’s skin and help them through their life musically.”

Scantlin has provided Puddle of Mudd with lead vocals and rhythm guitar since the band’s inception. The origins of the band’s name came from the Missouri River flooding, damaging their rehearsal space.

Puddle of Mudd released their first major album, Come Clean, on August 28, 2001, which spawned the singles “Control” and “Blurry.” These hits propelled Puddle of Mudd to reach the No. 5 slot on the Billboard Hot 100 chart. This success led to the band venturing out on a full-scale European and American tour, hitting the road with Linkin Park, Stone Temple Pilots, and Staind. Come Clean reached triple platinum status in January of 2003.

The subsequent album, Life on Display, was released in 2003 and reached gold status. They went on to release Famous in 2007. In 2009, they released Vol. 4: Songs in the Key of Love and Hate. In 2011, the band released an album of cover songs, entitled Re:(disc)overed.

Now, Puddle of Mudd is ready to return to the rock scene with their sixth studio album, Welcome to Galvania. Inking a deal with Pavement Entertainment, their new material is primed to reach longtime and new fans. “Sometimes in life you come across people who want to bring you down and rip apart your soul. Well, those days are gone,” says Scantlin. “I have surrounded myself with a great team of people. They believe in me and I believe in them. I’d like to thank each and every one of them for their hard work and perseverance. I’d also like to thank all of my fans for their patience. This is just the beginning. I have a lot more rock ‘n’ roll in me to share with the world!” 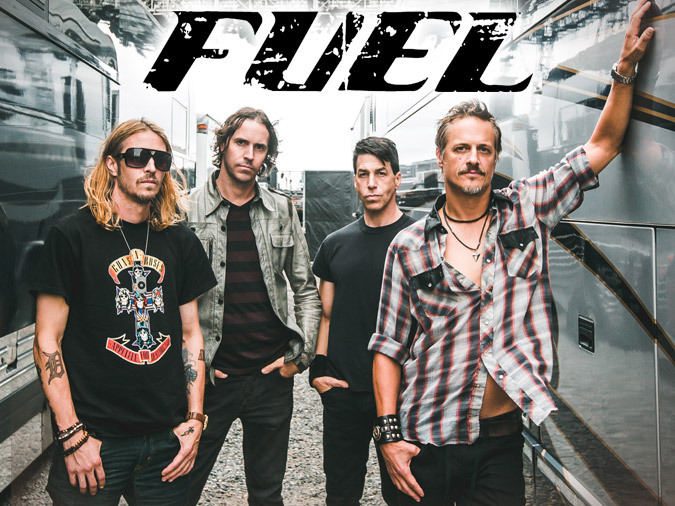 The original line-up of Fuel has not been together since 1997, when original drummer Jody Abbott left the band. Throughout 1998 – 2007 there were several lineup changes, touring and recording as Fuel. In 2010 with many of the principathel members engaged in other aspects of the entertainment industry, raising families, and just living the American dream, Brett Scallions, the original lead vocalist is proud to fly the Fuel flag to a generation of new and old fans.

“There is only one original of anything” exclaims Scallions, “and that includes Fuel. The original lineup with Carl, Jeff, Jody and myself will always be something special to all of us, and our first Fuelies (a term for Fuel fans) but it has been thirteen years since the original lineup was intact, and since then many great musicians have come and gone. The lineup I put together for Fuel is not meant to replace or diminish what any of the original members created. Just the opposite, it is to give our fans a live destination, and to keep the Fuel name alive for a new generation to discover. Maybe someday we’ll all get on the same page and play together again, but life happens and the next thing you know you just can’t jump on a bus and take off for a month, let alone a year.”

Original bassist Jeff Abercrombie is currently the owner/operator of Thud Studios, a well reputed destination for rehearsing and recording in the greater Los Angeles areawww.thudstudios.com. Original lead guitarist, and principal song writer Carl Bell is producing new music for a diversified group of artists. Bell has also been busy writing for film and television. When reached for comment Bell stated, “Our fans are important and they deserve a Fuel, even if it isn’t an original lineup. Who knows maybe someday there will be an all original reunion. I have learned to never say never.”

Fuel – Hemorrhage (In My Hands) :https://youtu.be/ZbHfgXJKn1Y 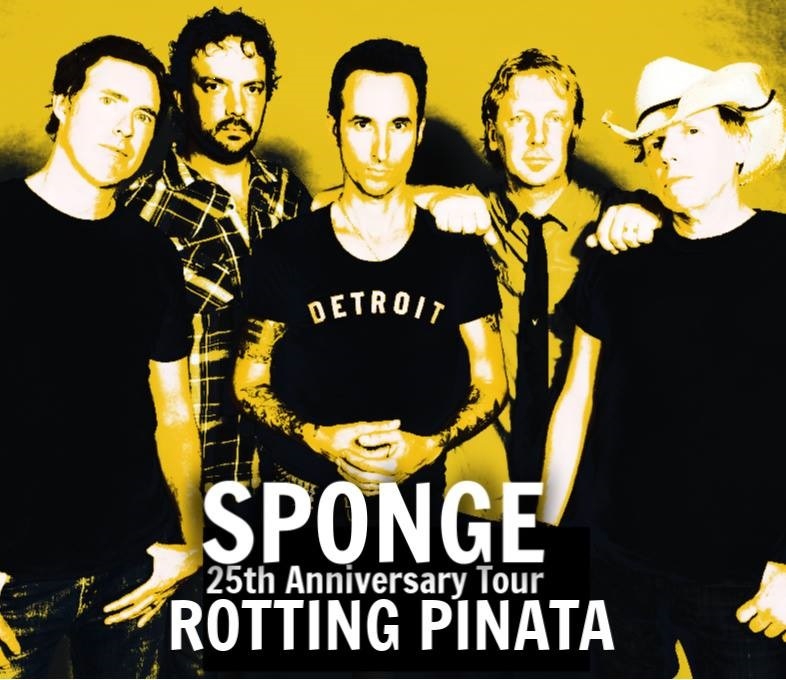 Sponge has proven to be one of the Motor City’s heaviest hitters after gaining international notoriety with their debut album “Rotting Piñata” (Sony). Emerging from Detroit with hits like “Plowed” and “Molly (16 Candles)” Sponge received massive airplay on radio stations from coast to coast and were in heavy rotation on MTV. Both “Plowed” and “Molly” hit #5 on Billboard’s Modern Rock Charts, catapulting “Rotting Piñata” to Gold, and ultimately Platinum status.

Sponge’s subsequent releases “New Pop Sunday,” “For All The Drugs in The World,” “The Man,” “Galore Galore,” and “Destroy the Boy,” showcased the band’s swirling sonic attack, rooted in 70’s glam and of course, the Motor City influences of The Stooges, The MC5 and Motown-but still sounding distinctly like no one else.

“Plowed” continues to be the band’s signature rock track, having been spotlighted on Guitar Hero’s “Warriors of Rock – 90’s Rock Track Pack” – and on the Paper Jamz Guitar Series 2, in addition to the soundtrack for the Gerard Butler surf movie “Chasing Mavericks.” 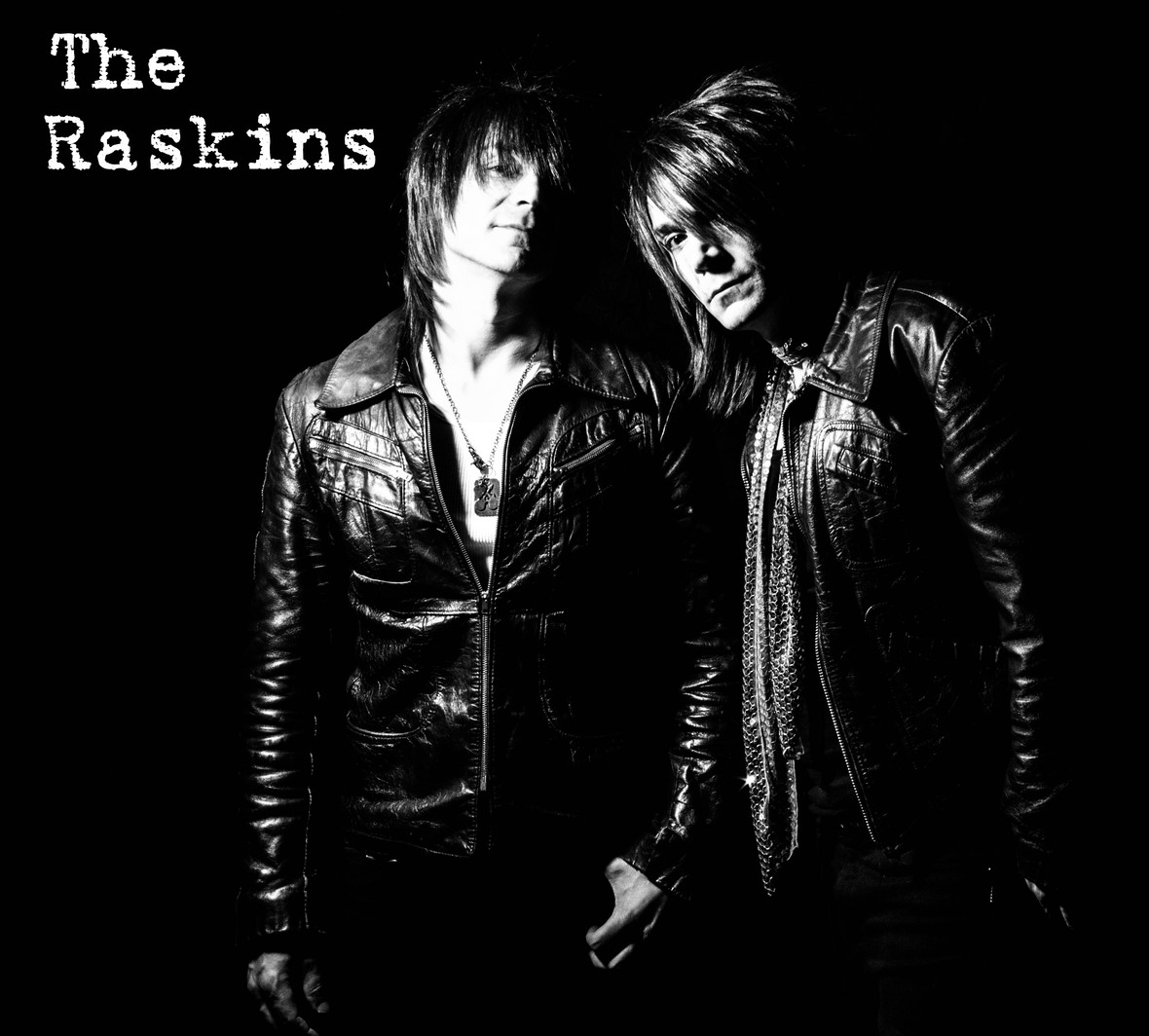 The Raskins
Throughout rock history, we have seen several brother tandems that have left a deep impression – Don and Phil Everly, Angus and Malcolm Young, Eddie and Alex Van Halen, etc. And soon, rock fans will be introduced to the next brother-led rock band that is sure to break through in a
big way – the Raskins. Formed several years ago by twins Roger and Logan Raskin, the union originally began as a mere writing project for producer Greg Ladany. But after several demos were
cut and the brothers realized they were on to something, it became a permanent proposition, and the Raskins were born.

And while seemingly the majority of today’s chart toppers are sonically one-dimensional, the Raskins are a throwback to the days of when bands weren’t as confined stylistically. Case in point,
the bros list such wide-ranging artists as Kiss, the Buzzcocks, Jim Croce, the Temptations, Mel Torme, and Jane’s Addiction as influences. As a result, the “rock/retro/alternative/pop rock/singersongwriter” tag that the Raskins like to go by is indeed well fitting.

The proof is in the pudding, as fans have been able to experience the Raskins world wide, as the duo’s self-titled debut album which was recently released on MIRAL Records, while the lead off
single, “We Had It All,” launched on active rock radio. Songs such as “We Had It All,” “Need Another Hero,” and “The Radio Song” (which had recently been picked up on “The Pulse” Sirius Satellite and
Hot AC Radio) show the retro rock side of the band, while songs like “Open Our Eyes,” “Reach,” and “Where Do We Go From Here” show the diversity of the band’s songwriting with acoustic type pop
rock ballads.

“The first radio single and video we decided to go with was ‘We Had It All’,” explains Roger. “This song definitely shows a sound of the band which is most consistent with our biggest rock
influences as well as the song being written with a specific topic in mind.” And according to Logan, a follow-up single has already been selected. “The second single will be ‘The Radio Song,’ which is a
simple story written about a group of guys grinding with their band on the road – this being us – then all of a sudden, they hear their song on the radio for the first time and how that suddenly changes
everything for them, mostly emotionally. We always wanted to write a song about that – most musicians can relate as well as most fans understanding that crucial emotion every musician yearns for.”

As for the Raskins’ plans after the album was released, it is a simple one, according to Roger. “Clearly the future plans for the Raskins is to tour as much as possible, and bring our music to every
city in the US, as well as all the local radio stations, doing promotional giveaways, rock shows, and signings for all our fans. We want to show the public that we our very accessible. Also eventually heading over to Europe to give our expanded fan base the opportunity to experience the Raskins live. The Europeans love them some rock n roll. Can’t wait to share our music with all of them!”

Lastly, Logan unveils that both the music and the bond of brotherhood will prevail for the Raskins. “We work and strive extremely hard for success with our music. Through all the ups and downs, the trials and tribulations, the acceptances and denials. We always have each other. That is the main focus of the Raskins. We are doing music because we love it and it’s our passion. For us we feel we have already had major success because we are doing what we love most in the world to do – write and perform our music for the world to see.”