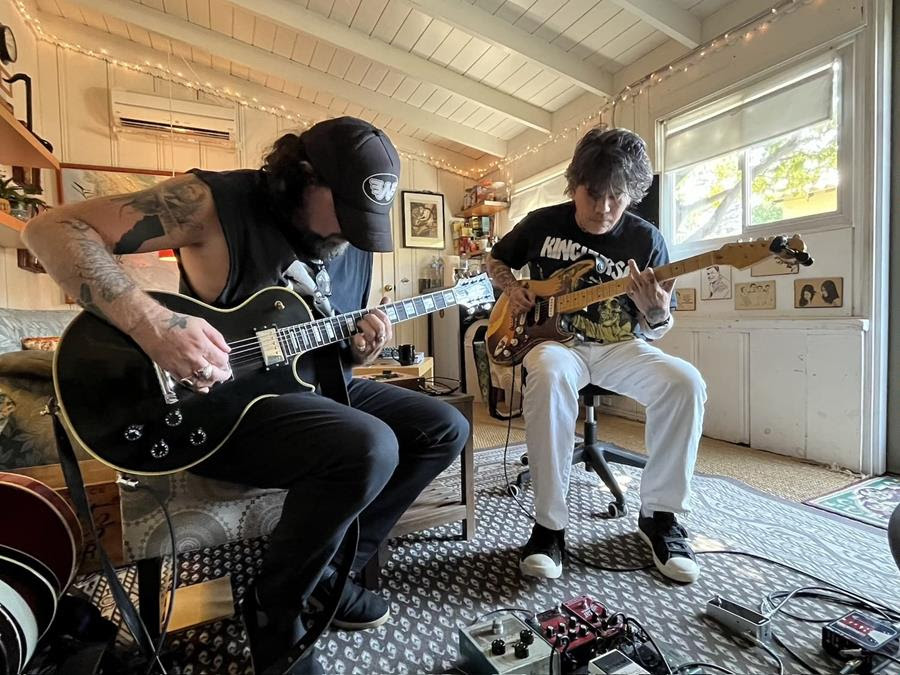 2022 has been a phenomenally active year for Greg Anderson as The Lord. Having previously shared standalone track releases, he then released his debut solo album Forest Nocturne in Summer followed by a collaborative album with Petra Haden, Devotional in October.

Now, he is heard in collaboration with David Pajo in a brand new track, “Nazarite”, which sees the two musicians meet over ominous arpeggios and spoken word segments in this new track which Greg suggests is a “gateway” to more collaborations in the future.

Greg says, “I’m beyond honored to have been able to collaborate with David Pajo for this ever evolving output as The Lord. Slint remains one of the most important bands ever to me. I composed the music for Nazarite as a love letter to Slint that exemplifies my obsession and devotion. David’s brilliant response to my humble offering is clear proof of his genius.”

David Pajo says, “In Tennessee, I played a bit of acoustic guitar on the Goatsnake song ‘Another River To Cross.’ It was then that I realized we had a perfect working dynamic. We seem to be able to push an idea from nothing into solid shape, without much effort or ego. I trust Greg’s ear and musical sense implicitly—he’s fearless.”

Listen to “Nazarite” on Bandcamp.

In an interview with Earthquaker, Anderson explains that he first met Pajo in Los Angeles (around 2015), and the pair became friends. Pajo later played a guitar intro on a Goatsnake album. Sunn O))) first invited David Pajo to join them on tour in 2019 and the pair remained in touch to eventually collaborate on this new track.

Greg continues; “Making music as The Lord has given me the freedom to collaborate with some of my favorite musicians from William Duvall  to Petra Haden to David Pajo as well as exploring my own sound as a solo musician. Each track or full length that Southern Lord has put out so far has gone way beyond expectation and taken on a life of its own. These musicians have brought out the different sides of my musical interests in a very organic way, and it has been life-affirming to try things that I’ve never explored before.”

We look forward to sharing more from The Lord in 2023. FOR MORE ON THE LORD: