THE LIMIÑANAS
LIVE AT THE SCALA, LONDON ON 25TH MAY 2022
NEW ALBUM ‘DE PELÍCULA’, A COLLABORATION WITH LEGENDARY DJ/PRODUCER / LAURENT GARNIER
OUT NOW VIA BECAUSE MUSIC – STREAM IT HERE 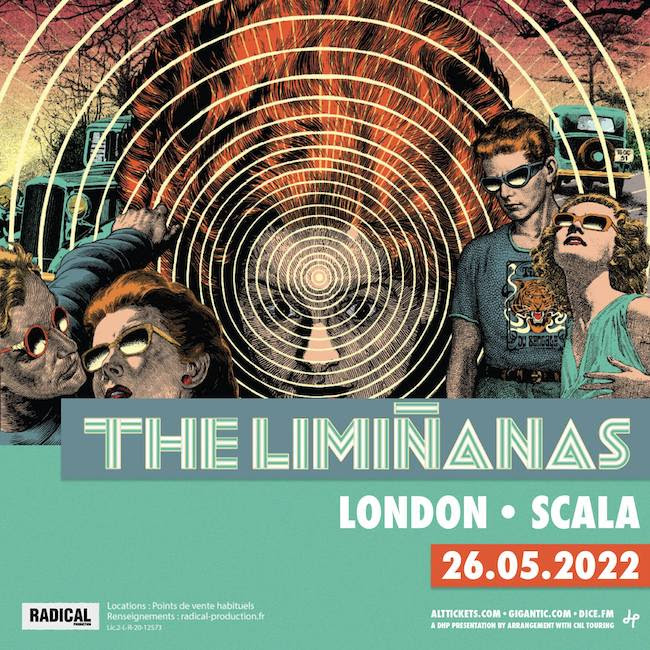 “Like a modern psychotropic western, souped-up on big beats and deep grooves” Uncut
“An exquisite escapade” Electronic Sound
“A genuine collision of cultures” Mojo
“A thoroughly engaging concept piece” Prog Mag
“A magnificent mood, like a mix of Can and Serge Gainsbourg, the sound of heavy psychedelic rock set against wide-eyed techno repetition” The New Cue
“French psych-rock royalty and an iconic techno DJ team up for something special” The Arts Desk
French psych-rock band The Limiñanas have announced a live show at London’s Scala on 26th May 2022 in support of their recently-released collaborative album with iconic French DJ Laurent Garnier.
Thursday 26th May – The Scala, London – TICKETS
Album ‘De Pelicula‘ is the story of a friendship that started via a ringtone and is set to make waves through a one-of-a-kind project. Back in 2017, Lionel and Marie Limiñana, the couple/duo better known as The Limiñanas, were invited by Laurent Garnier to perform at the Yeah Festival. The sound of Lionel’s ringtone, the signature riff from The Kingsmen’s ‘Louie Louie’, caught Laurent’s attention and so started a new adventure for the Perpignan natives and the Parisian artist, now settled in the Provence. Four years on and the psychedelic garage duo and French techno pioneer DJ/producer have created ‘De Película’, a record that feels like a walk on the wild side and one straight out of a film noir. It’s an album that tells a story, a heated road trip following Juliette and Saul, two teenage rascals straight out of a ‘60s classic movie – think ‘Breathless’ meets ‘Wild at Heart’. The location is the southern border with Spain, stifled by heat and cheap liquor. ‘De Película’ is a true concept album that’s not afraid to stray and run free, or rather “an Italian anthology film” as Lionel Limiñana puts it, a great mumbo jumbo where it takes two, humour and melancholy, to tango. Picture squalid brothels, third-rate dance clubs, ‘60s vintage caravans, smack, Roger Harth and Donald Cardwell productions, distortion and fuzz-pedal sound effects. Gilles Deleuze, Professor X and the preacher from ‘The Night of the Hunter’ are some of the characters that inhabit the world of this drama-inspired record.
HEAR ‘DE PELÍCULA’ HERE
‘De Pelicula’ started through a shared love for the German band Can, trance music, psychedelics, but also dancing and all those “genres of music that allow you to drift off” as Laurent Garnier puts it. The result is neither a Limiñanas techno record nor a Laurent Garnier rock album. “We worked together as if we were shaping the same bit of clay”, explains Lionel Limiñana. “Laurent’s contribution goes beyond the mere production of beats and samples. He’s much more involved in the whole production, contributing themes, additional production and his writing skills. It was a fully collaborative project.”
Having previously worked alongside Anton Newcombe from The Brian Jonestown Massacre and Emmanuelle Seigner on their common project ‘L’épée’ in 2019, Laurent knows how to give everyone enough space to spread their wings. Laurent was only strict about one thing, “I didn’t want to make a track with a techno beat. It really didn’t have a place on this album I thought. Lionel had put a few in and I cleared all that out. I wanted to stay within the Limiñanas world,” adds Garnier, “rather than bring them crashing into techno-land. To keep their signature feel, but with layers and structures that felt more like mine”.
WATCH ‘QUE CALOR! VIDEO HERE
WATCH ALBUM TEASER VIDEO HERE
www.theliminanas.com
www.laurentgarnier.com
www.facebook.com/theliminanas
www.facebook.com/laurentgarnierofficial
www.twitter.com/theliminanas
www.twitter.com/laurentgarnier
www.instagram.com/the_liminanas
www.instagram.com/laurent_garnier 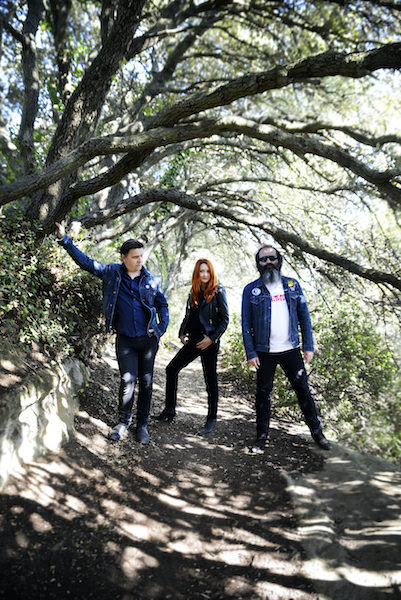