The Juliana Theory Announce Co-Headline Tour With Mae This Fall

The Juliana Theory announce co-headline tour
with Mae this fall 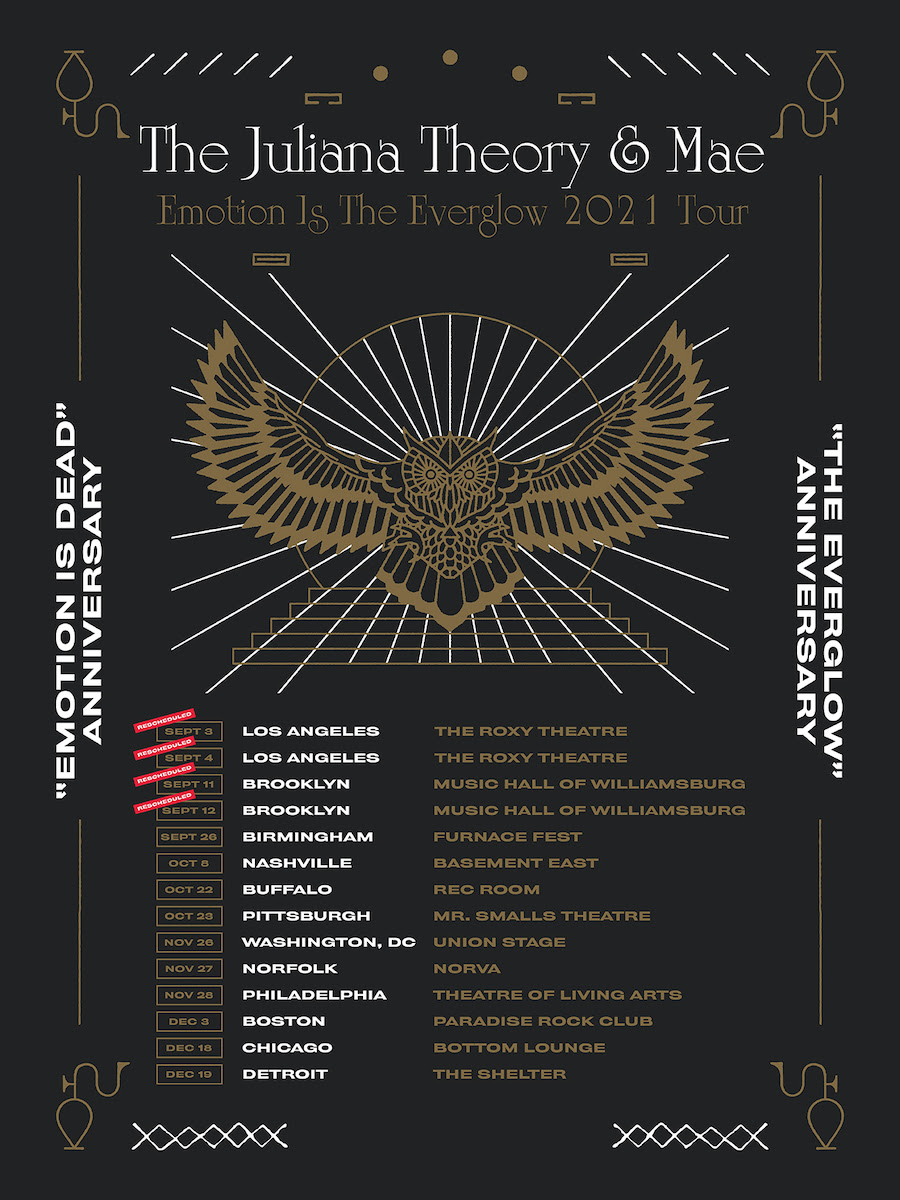 This fall, The Juliana Theory will embark on a U.S. co-headlining tour with Mae to celebrate each band’s most groundbreaking albums. The Emotion Is The Everglow Tour 2021 will feature a full-band performance from The Juliana Theory playing their 2000 release Emotion Is Dead showcasing classics such as “We’re At The Top Of The World” and “If I Told You This Was Killing Me, Would You Stop?”, and Mae playing 2005’s The Everglow. The tour kicks off with rescheduled shows in Los Angeles and Brooklyn before an appearance at Furnace Festival in Alabama as well as a string of new dates across the East Coast. Tickets for the shows go on sale Friday, May 7th at 10 AM local time and you can find a full list of tour dates below.

Asked about playing shows in support of the album, The Juliana Theory frontman Brett Detar commented,“When we made Emotion Is Dead on a shoestring budget inside a tiny garage in Arkansas we never imagined that 20+ years later we’d be playing shows for people who wanted to celebrate this record’s existence with us all these years later.  It’s an album that changed my life and I cherish the opportunity to be able to share the experience of community through music – especially considering the absence of that connection this past year.”

Lead guitarist and founding member Joshua Fiedler continues, “It was fun to be in a band, 21 years ago, writing songs with friends, sharing laughs at inside jokes, and generally just delaying adulthood in any way we could. Now 20 years later, we actually get a chance to celebrate a snapshot in time: one where we can play a collection of songs we wrote, while having some of the best times of our lives. A world where we can play music on a stage, and share those same feelings with many of the same people that were with us 20 years ago. What a fucking time to be alive!”

The Emotion Is The Everglow Tour Dates

Long ahead of the curve – Pittsburgh PA’s indie-emo-pop pioneers, The Juliana Theory, helped set the standard for the many bands that would wield a rock/pop hybrid as their weapon of choice.  From their first album, the emo-pop cult classic, Understand This Is A Dream, the band quickly evolved and sharpened their sound to deliver 2000’s genre-defining and genre-transcending, Emotion Is Dead. The album, their spirited live shows, and dedicated fanbase attracted the attention of many major labels, next seeing them snapped up by Epic/Sony for their 3rd full-length, the bold & expansive Love. Always maintaining an incessant touring schedule the band made their final album before breaking up in 2006. Fast forward to 2020 and the band returned, signing with Equal Vision Records and releasing “Can’t Go Home,” a synthpop anthem marking their first new music in over a decade and a half.  Following the single, the band released their first LP in over 15 years, a reimagined album of the bands’ most enduring classics entitled A Dream Away on March 26, 2021 – assuring that classics like “Into the Dark” and “Were At The Top Of The World” could continue to evolve.  As the band prepares to play Emotion Is Dead in full 13 times this Fall, they are excited to revisit the past, but will also continue looking to the future as they write new music. 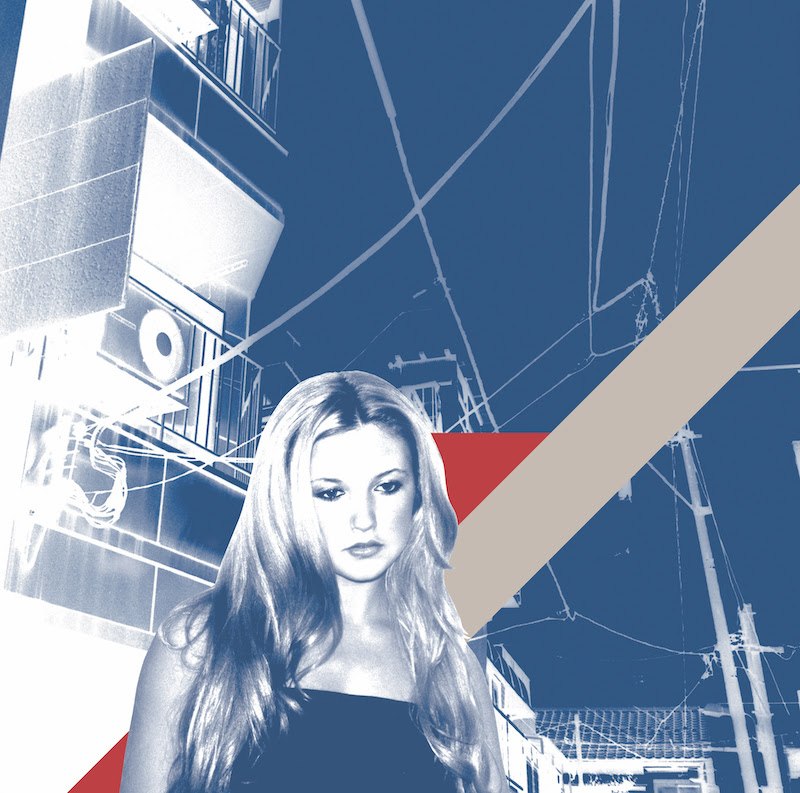