THE GHOST OF HELAGS – Announce debut LP: ‘We Came From The Stars’ || Watch “Mary” Video

THE GHOST OF HELAGS 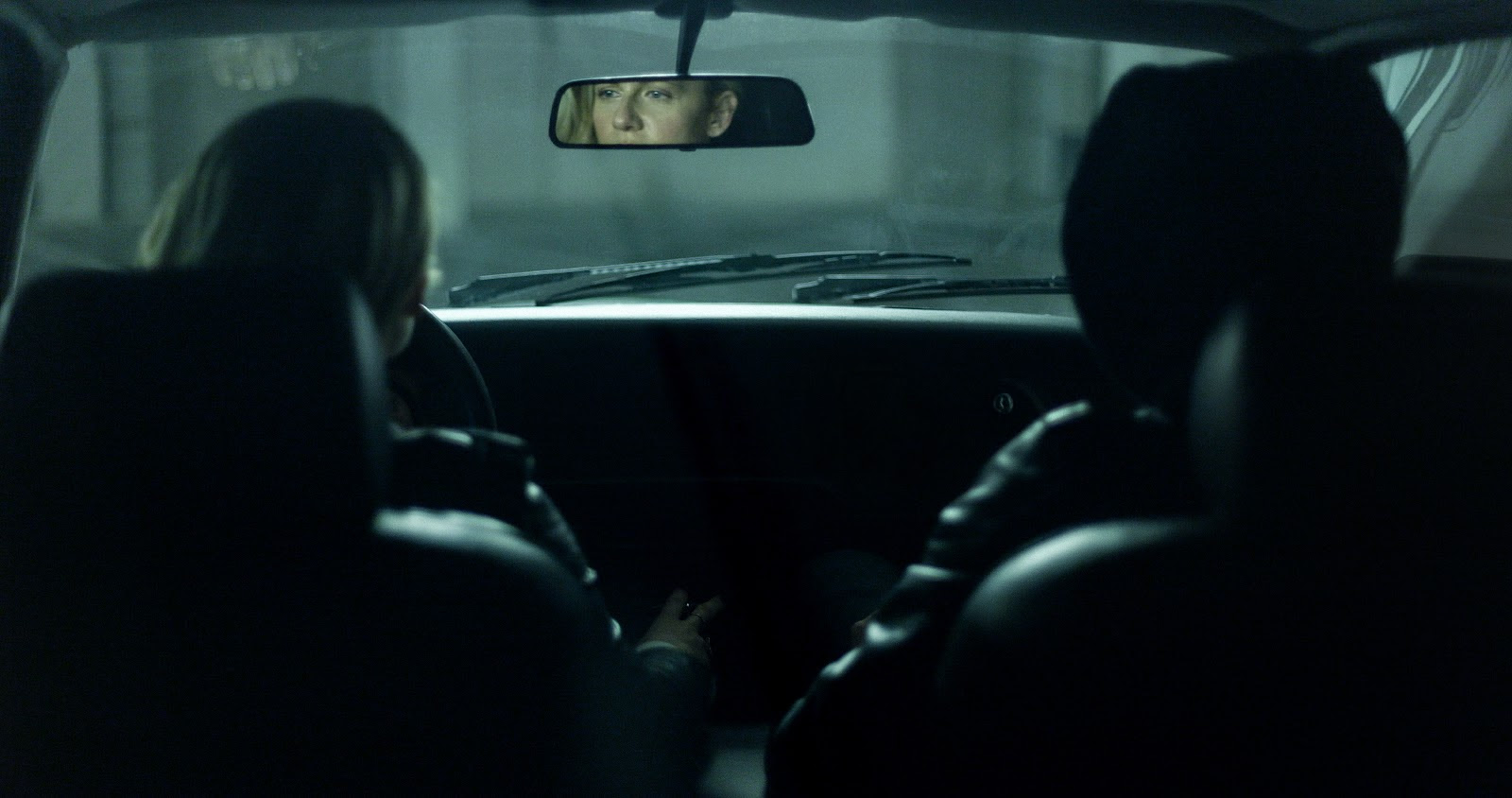 Cinematic dream-pop duo – THE GHOST OF HELAGS – will release their debut studio album in 2021: ‘We Came From The Stars’.

Unfurling a string of mesmeric singles these past months, the Sweden-born, Berlin-based pairing of Teresa Woischiski and John Alexander Ericson confirm a 12-track album release for the 5th March this year.

Written all over the world in the days before “Coronavirus” was even a word and in the instances of relaxed relief between lockdowns this past year, ‘We Came From The Stars’ is a record born from the bohemian virtues of freedom and exploration. Alive with a wide-eyed sense of adventure, it’s a record that transcends borders and boundaries; its songs like postcards from a daydream world of international travel, freed of its current restrictions.

Written “on a wintery road in the midst of snowstorms at night en voyage from Vienna to Prague”, album opener “Chemistry” takes the listener into the frostbitten landscape from which it was concocted; it’s nocturnal synth-tronica an irresistible invitation for a journey into the unknown. “Parallel” beats with the heat of a summer festival in Antibes, whereas the dusky tenderness of “Night Summer Waiting” radiates with the warmth of the rooftops of Perinaldo, Italy, and glistens with the photographic perfection where it was written. The sweeping “Bye Bye Tokyo” soars with misty-eyed reflection and mixed emotion; a track created on an airplane as the duo sailed between the clouds with the unmistakable Japanese landscape falling away beneath them. Whereas recent single “Mary”, conceived in the Giant Mountains district (between Poland and the Czech Republic) under the looming shadow of another lockdown, twitches with a ticking sense of time running out.

Widescreen in feel and cinematic in scope, the duo’s passion for art-house cinema animates ‘We Came From The Stars’ with vivid colour and captivating mystery every stop of the way.

The brooding soundscapes of “Chemistry” or “Bye Bye Tokyo” could be cut straight from the pulsating Drive soundtrack, whereas the spectral presence of tracks like “Under My Skin” (a track reworked from their 2017 debut EP) or “Mary” would be right at home in the ethereal confines of the Twin Peaks’ smoky Bang Bang Bar.

Elsewhere, album centre-piece “Anthem (We Came From The Stars)” (from which the album takes its title), reaches into the realms of science-fiction with interstellar ambition. “It is where we are all from. Once there was light. And then everything else followed.” says Woischiski.

With their dreamy cinematic pop notably cut from the same velveteen cloth as contemporaries like Chromatics or Still Corners, ‘We Came From The Stars’ often finds band expanding their sound to reveal a varied array of influences that peak from beneath the chrome-like sheen of their modus operandi.

Inspired by an unforgettable performance from The Chemical Brothers in the south of France, the electrifying “Parallel” channels their pervasive Big Beat energy through the French Touch class of the surroundings it was written in. “Wicked Wind” pays tribute to the singular Kate Bush, its abstract lyrics and glacially-kissed melodies finding resonance with the down-tempo reflections of her ‘Sensual World’ era. Looking to the future, the serene alt.pop balladry of “In The Dark, Honey” unearths the vocal of rising Brighton-based talent Hayley Ross, who joins Woischiski in a stunning duet.

“”In The Dark, Honey” is our favourite sad song on the album.” says Woischiski. “It is hard to put in words how we feel about this song. The minute you put it on, it just catches you and leads you to an emotion inside of you, can be different for every person. The wonderful Hayley Ross collaborated on it with us. It was pure bliss to work with her.”

But like any journey, the road will always lead you home. Bringing the album to a breathtaking finale, the gospel-tinted “Autobahn Lullaby”, finds The Ghost of Helags’ compass pointing towards their newfound base in Berlin, where much of the album was finally mixed, mastered and produced by Woischiski and Ericson. While the closing track’s hymnal refrain: “And there’s a tomorrow, that I’m ready for….” may mark the end of the journey, its hushed sense of optimism sows seeds of endless possibilities and the prospect of myriad new adventures to come. 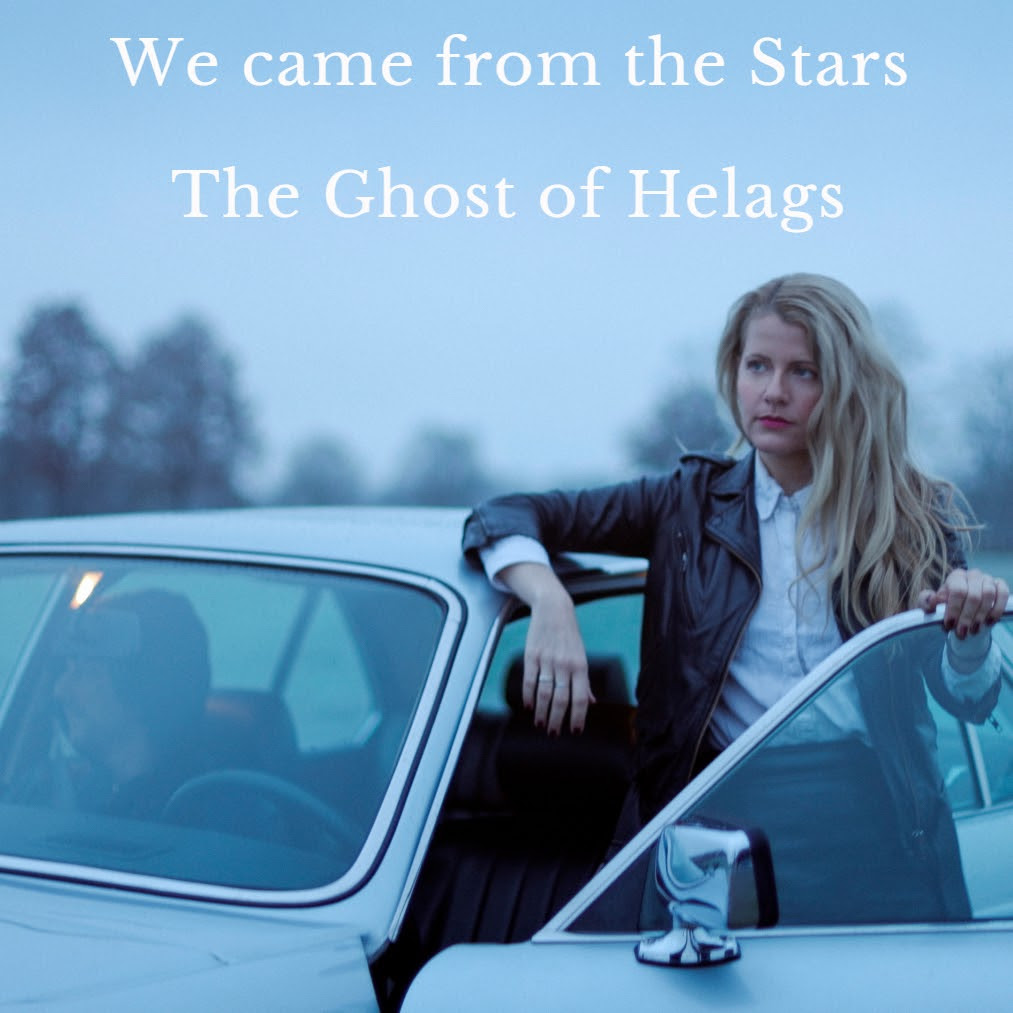 THE GHOST OF HELAGS: ‘WE CAME FROM THE STARS’
– OUT 5 MARCH 2021, VIA WARSAW RECORDINGS
PRE-ORDER HERE

The Ghost of Helags are singer-songwriter and producer duo Teresa Woischiski and John Alexander Ericson. Hailing from Sweden and now located in Berlin, the pairing combine the dream pop sounds of their Scandinavian roots with the electronic nuances inspired by their newfound home and beyond. “Mary” is the latest in a string of innovative and exploratory singles by the duo and swiftly follows the seductive Lynchian-inspired synth-pop of recent singles “Parallel” and “Chemistry”. Other highlights of their expanding repertoire include the New Music Friday playlisted debut single “I Carry Your Heart”, “Autobahn Lullaby” (a tribute to their Berlin home) and 2019’s hymnal “The Santa Rosa Song”. The band will release their debut album ‘We Came From The Stars’ on 5th March 2021.

WATCH VIDEO FOR THE GHOST OF HELAGS: ‘MARY’ HERE