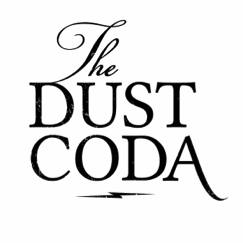 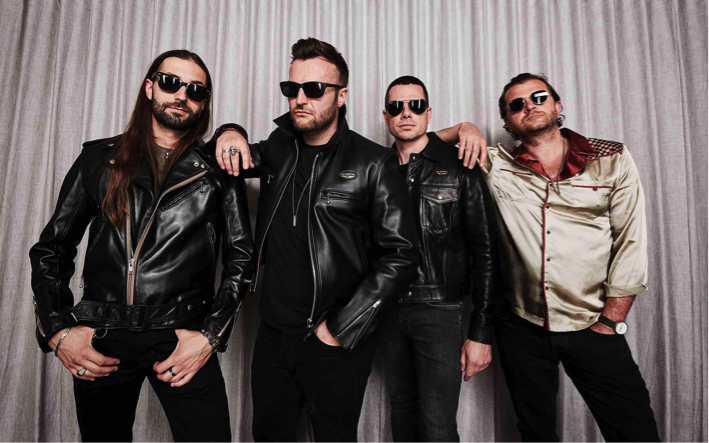 “There was always going to be an album that would lift the much-vaunted New Wave Of Classic Rock to a new level. And this could be it… Mojo Skyline is an exciting ride” – 8/10 Classic Rock

“This band and this label are going places and fast. An absolute belter of an album” – 9/10 Powerplay

“Will instantly climb to the top of your playlist” – HEAVY

The Dust Coda are thrilled to announce the highly praised new album Mojo Skyline entered the UK national chart at #11. To coincide with the album release the band is excited to also announce their UK headline tour later this year.

You can stream/purchase the album here. The album is out now and released via Earache.
Mojo Skyline was recorded at Modern World Studios with the multi-platinum, award-winning producer Clint Murphy (Manic Street Preachers, Thunder, Devilskin), and offers a plenitude of tracks that leap across the spectrum of rock’n’roll, containing half a decade’s worth of the band’s raw soul and innermost demons.

In the run-up to album launch, The Dust Coda released three singles, which greatly exemplify what their sound is all about. Limbo Man is a gleaming rock ‘n’ roll track and in the accompanying video the band set loose at Dunsfold Park, the home of Top Gear, and in harmony with the adrenalised energy of “Limbo Man” with the help of classic Ford Mustangs. The second single, Breakdown, sees The Dust Coda developing a more mature songwriting direction. The third single Jimmy 2 Times crosses the genre-defining boundaries of rock to create a unique soundscape, making the perfect setting for the outstanding accompanying video, which stars none other than British award-winning powerhouse Andrew Morahan as executive producer and it was directed by his prodigy Josh Trigg.

Having worked tirelessly building their live reputation across some of Britain’s favourite rock festivals, such as Planet Rockstock, Winter’s End, Steelhouse Festival and Ramblin’ Man Fair; and with a touring schedule that has seen them share stages with Black Stone Cherry, The Dead Daisies and Iron Maiden’s Steve Harris, The Dust Coda will return to the iconic Ramblin’ Man Fair this year, performing on the prestigious main stage on Saturday 17th July 2021. In addition, the band just announced a full UK headline tour in December 2021. 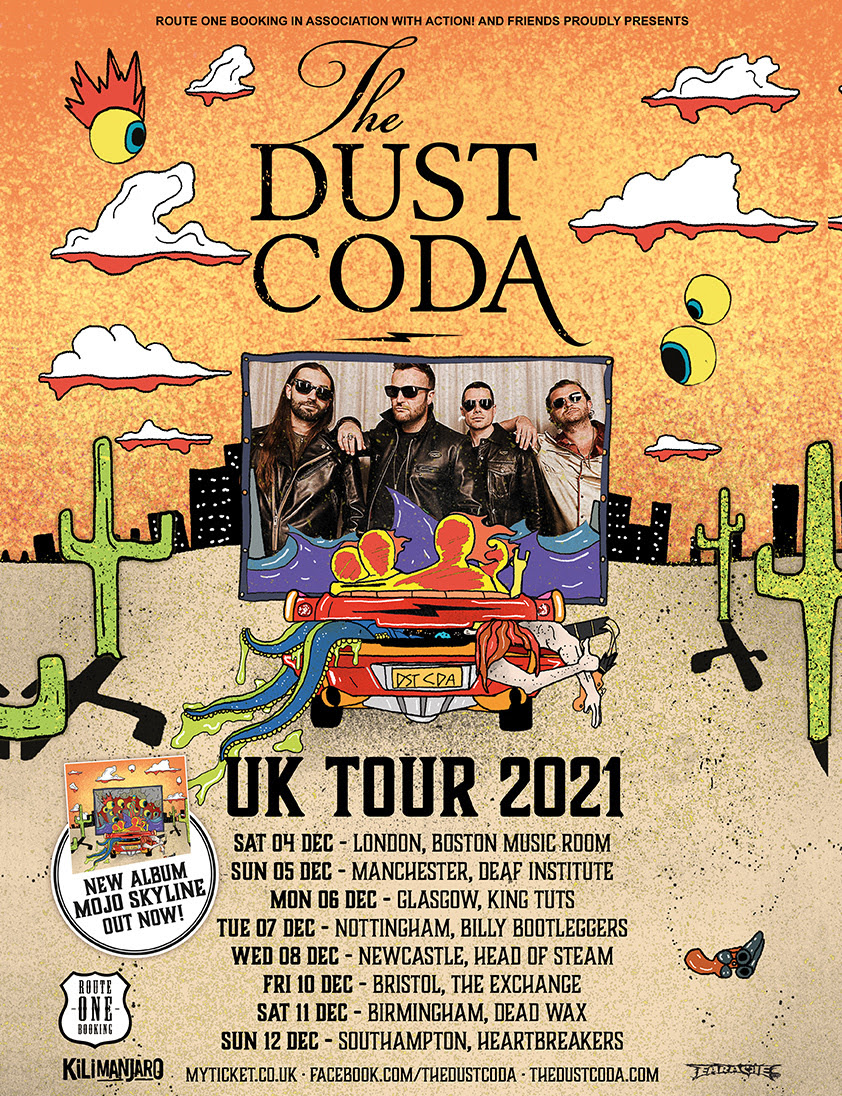