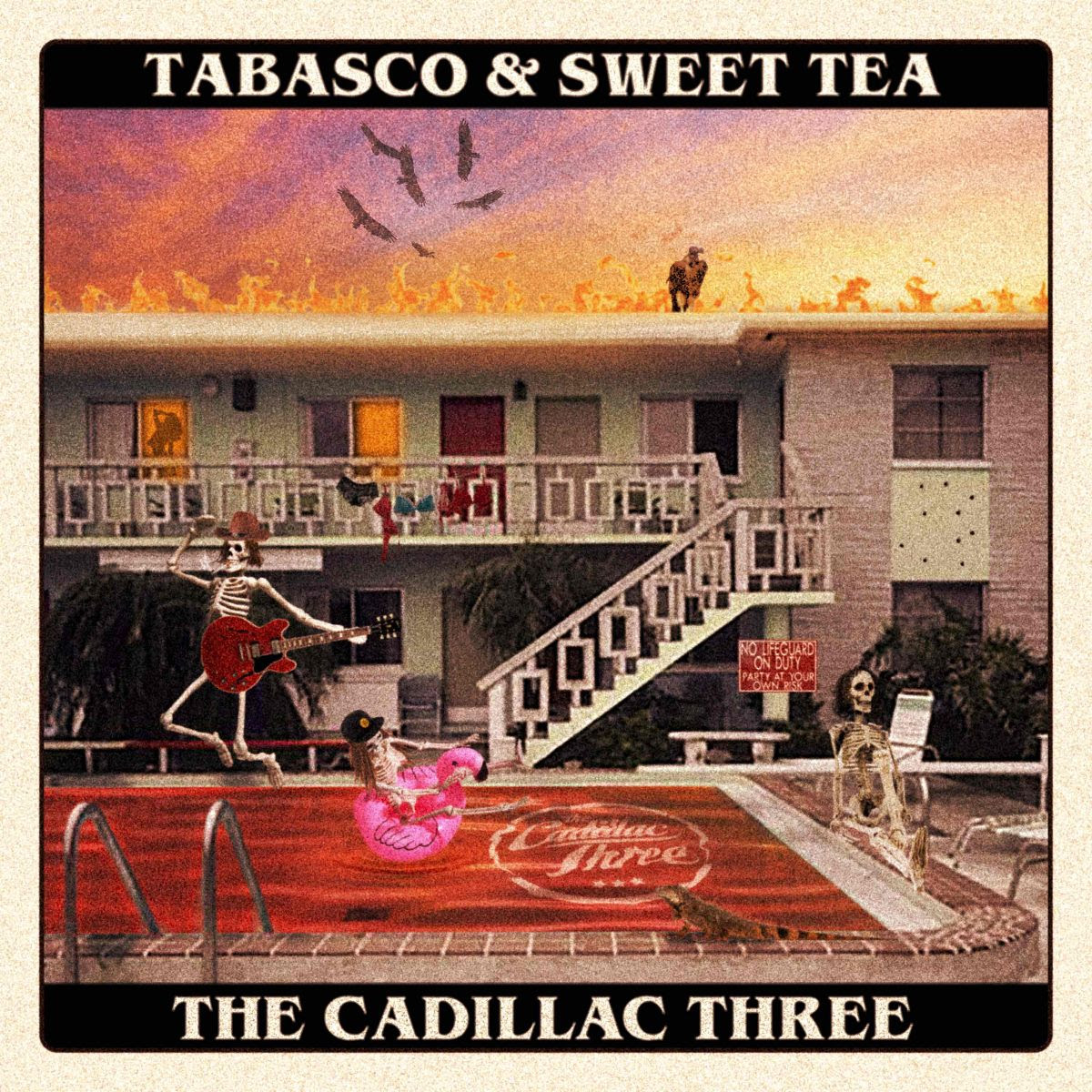 Friday October 23rd – The Cadillac Three have today released their new album Tabasco & Sweet Tea via Big Machine Records. You can listen to the album here.

Pouring on a heavy dose of funk grooves and rock riffs over country lyrics, the modern-meets-nostalgia collection is at a reduced price for the first week so it’s more accessible for fans during a global hardship when music is needed more than ever. You can Purchase / Stream here.

Announced on Tuesday, the surprise album marks TC3’s second full-length record in 2020 and mixes one hell of a concoction with sonic swirls that pick up where Country Fuzz (released in February) left off.

“It’s the left-field musical stylings that distinguish this record from TC3’s past four LPs, which were fleshed out by grungy country-rock,” says Rolling Stone. “Singer-guitarist Jaren Johnston has fun singing in a high disco register, drummer Neil Mason locks into some James Brown beats, and — most noticeably — Kelby Ray trades his customary lap steel for a proper bass to hold down the low end. It’s the Cadillac Three in the club.”

At 6pm UK today, TC3 will host a YouTube premiere to chat with fans about each of the 11 hybrid tracks alongside psychedelic-inspired lyric videos. “Once they started releasing songs that blended their funk and soul influences with country roots, they knew they’d tapped into promising creative vein,” notes Taste of Country. You can join the conversation at TC3’s YouTube page here.

Known across the globe for their unpredictable concerts, TC3 found themselves in new territory as the pandemic halted touring in March. Their fans dealing with their own uncertainties never wavered in their support – purchasing exclusive ‘crew’ merchandise that helped TC3’s road family with the loss of shows, donating to Second Harvest Food Bank of Middle Tennessee as a part of their 100,000 meals in 100 Days initiative and highlighting local venues and other artists as COUNTRY FUZZ PRESENTS takes up a livestream residence at The Basement and Exit/In.

On October 27th TC3 will debut songs from Tabasco & Sweet Tea with a livestream for audiences in North America at 7:00P CT and UK/Europe at 20:00 CET.