THE BROTHERS KEG TO REISSUE THEIR DEBUT ALBUM ON VINYL 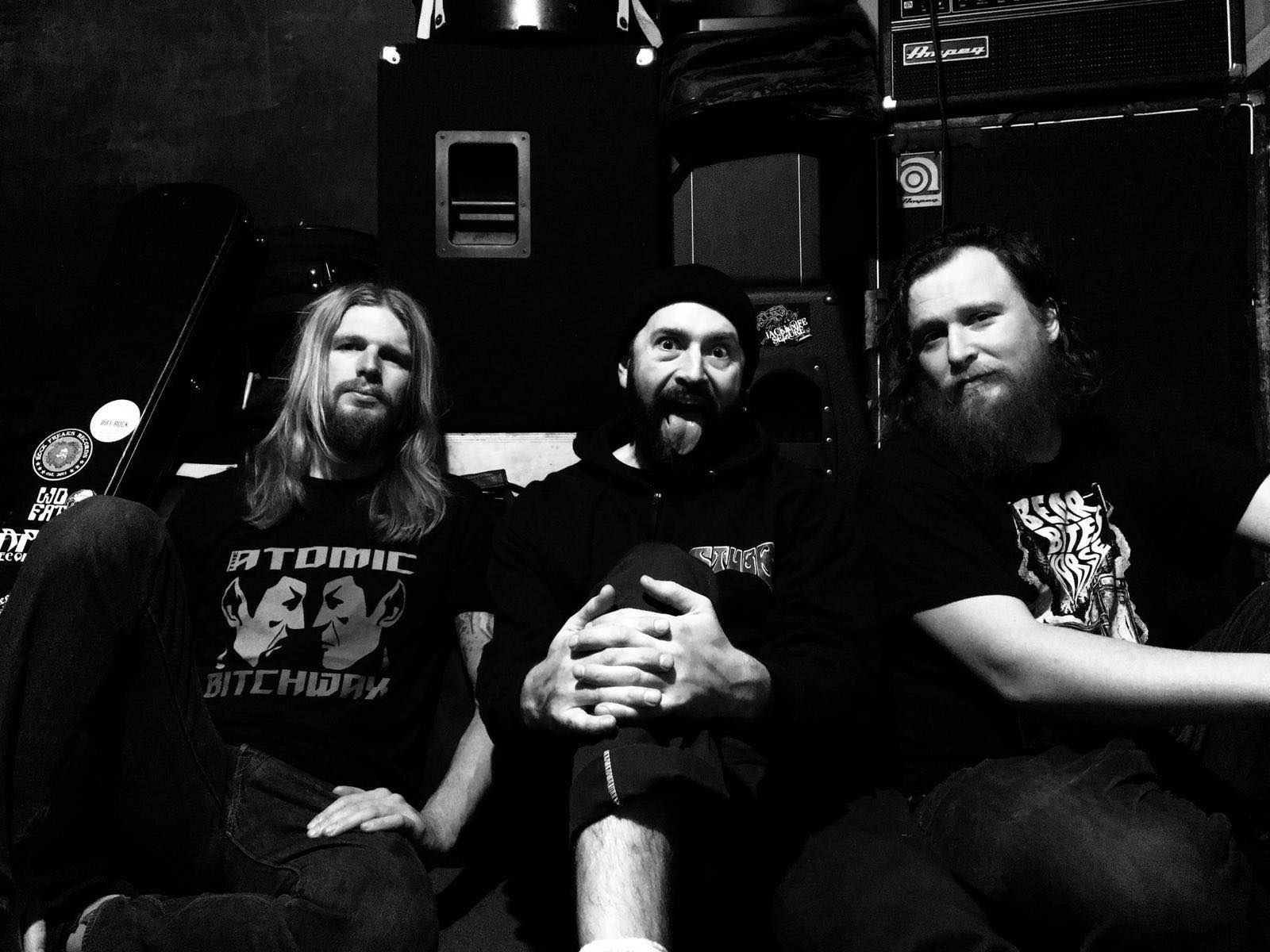 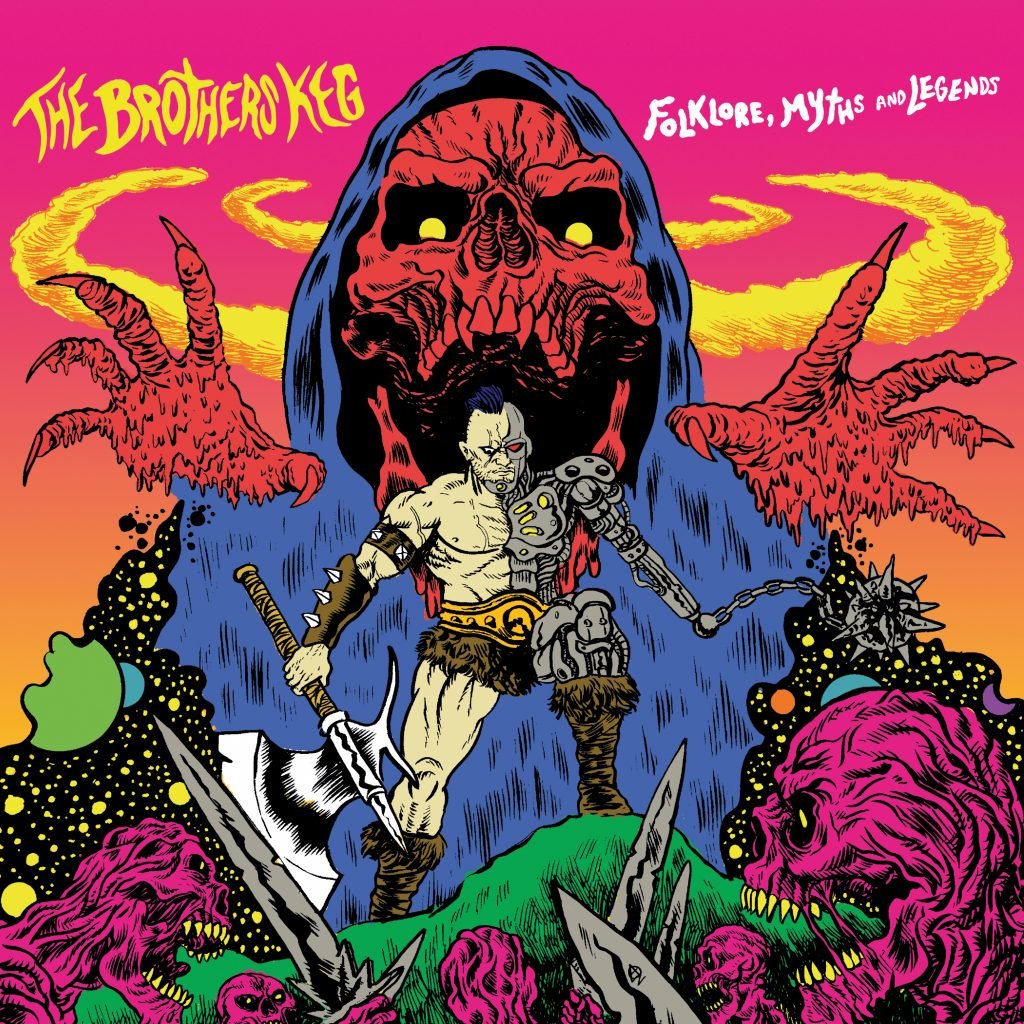 London-based, psychedelic stoner doom trio The Brothers Keg will reissue their debut album, ‘Folklore, Myths and Legends of The Brothers Keg’ on vinyl via APF Records on 30th July 2021.

Originally released in September 2020 on tape, CD and digitally, word on the album spread like wildfire across the underground stoner doom scene with it reaching number 4 in the Doom Charts that month. Due to massive demand, it will now be released on pink vinyl for the first time.

Sometimes, heavy isn’t purely about brutal riffs and gut-wrenching, despair-invoking themes; often, heaviness shines through when it’s filtered through jam-invoking psychedelic tightness. The Brothers Keg fall into that latter side of heavy, and in their few short years have become one of the finest examples of it in the whole of the UK.

Made up of the rhythm section of psych/stoner scene mainstays STUBB – with Tom Fyfe on drums and Tom Hobson switching out his bass for guitar/vocal duties – as well as Paul Rosser, who completes the trio on bass/vocals, The Brothers Keg have been kicking up an avalanche of the finest elements of stoner-doom as well as grunge-out psychedelia since their formation in London in 2018. Their sound is hard to pin down because the band are unique: drawing influences from many quarters but ending up sounding like none of them. Listen to their album and you can hear elements across the entire pantheon of stoner doom: Mastodon, Kyuss Om, Yawning Man, King Buffalo, Slomatics, Bong, and all points in between.

Earning plaudits from notables such as JJ Koczan of The Obelisk, who speculates “The Brothers Keg’s vibes will one day be recognised as ‘The London Sound'”, the band’s sole release before signing to APF Records, the Folklore, Myths And Legends demo EP, was a short, but sweet, two-track introduction to a trio who were destined for big things in the heavy psych underground.

Having already supported bands such as the legendary Colour Haze, Toundra, Kurokuma, Tuskar, Steak, Mother Engine as well as an appearance at 2019’s Bloodstock Open Air Festival, 2020 saw TBK join the APF roster and in 2022 they will play the iconic Desertfest London alongside a handful of their APF brethren.

Recorded at Bear Bites Horse Studio in London (Green Lung, Terminal Cheesecake, Opium Lord and many others), producer Wayne Adams has expertly extracted the esoteric essence of the project, and the spirit of the KEG flows freely in full force. The album, as the title suggests, follows the origin story of ‘The Brothers Keg’ – three ancient folk characters whom the band is named after. The album has been specially mastered for vinyl.

Tom Hobson says of the album: “We imagined the record as akin to a fantasy film soundtrack, with cinematic voiceovers and a nod to sci-fi classics. Expect heavy riffing psyched-out sci-fi doomageddon. HP Lovecraft meets Queen’s Flash Gordon listening to Jeff Wayne’s War of the Worlds at the wrong speed smoking a medieval spliff dipped in poppers.”

‘ a debut to take notice of’ – Kerrang

‘An absolute rage through and through’ – Doom Charts
‘This is an album so ridiculous that it shouldn’t work and yet somehow The Brothers Keg have created something wholly captivating and unique’ – The Sleeping Shaman
The Brothers Keg online:
https://www.facebook.com/thebrotherskeg
https://www.instagram.com/thebrotherskeg
https://apfrecords.co.uk/bands/the-brothers-keg