THE ARMED RELEASE FIRST OFFICIAL VIDEO FROM ULTRAPOP: LIVE AT THE MASONIC TEMPLE

THE ARMED RELEASE FIRST OFFICIAL VIDEO FROM ULTRAPOP: LIVE AT THE MASONIC TEMPLE

In anticipation of their debut feature film — ULTRAPOP: Live At The Masonic Temple — due in October, The Armed have released an excerpt performance for “Where Man Knows Want,” a feature track taken from their most recent album, ULTRAPOP. Filmed in the Tudor Room on the third floor of the Temple — the setting features beautiful chandeliers, incredible woodwork and meticulous hand craftsmanship — all of which is nearly impossible to see, as seven members of The Armed converge on a light-up floor amidst dense fog and a pulsating light show. The band evokes Tin Machine or early 90’s Lou Reed via matching steel Steinberger guitars and vintage Simmons drums and the performance concludes in such hysterics that viewers will instinctively want to stand near the back of the room.

Directed by Tony Wolski and presented by Sargent House ULTRAPOP: Live At The Masonic Temple the film is Part “Lemonade,” part “Live at Pompeii” and fully infused with a sense of Lynchian dread. Live performance and story-driven narrative melt seamlessly into one another, as the film confronts themes of identity, information warfare, the commoditisation of artistic product, and commodification of the artist. The film also definitively shines a light on The Armed’s often-mysterious, collaborative structure—revealing an ever-changing lineup over the course of its runtime. The project is a stunningly-filmed cinematic document of live performances taking place within the opulent chapels, imposing asylum rooms, full-size indoor handball courts, halls (and more) of the mysterious Masonic Temple of Detroit; a 550,000 square foot fortress in the heart of the city. 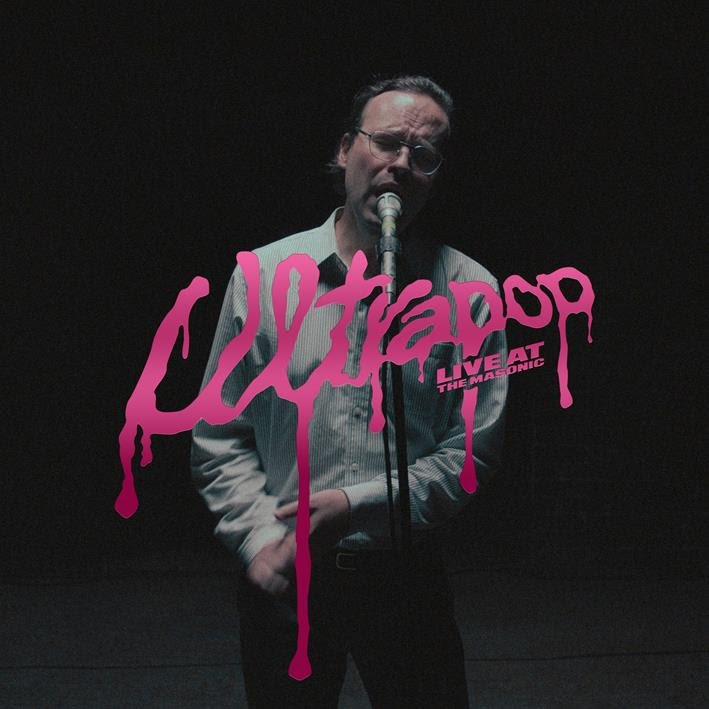 “a daring collection that mixes the fury of hardcore punk and the disorienting riffage of math rock with a dollop of accessibility that spices up the hooks without diluting their intensity. The shift is both delicate and profound, and it’s bound to convert the unconverted”. – VULTURE

“a startling balance between chaos and structure, building up gorgeous torrents of sound that land with a crash”. – THE NEW YORKER

“ULTRAPOP isn’t a traditional hardcore album, but it’s something arguably better than that: It’s fun.” – BANDCAMP

“What if Andy Warhol was really into Converge and CrossFit? That’s the logline, as the now eight-piece band attempts to reflect pop music and pop culture through the heaviest, most swole lens possible.”  – PITCHFORK

“they could be Eric Andre’s new house band.” – FADER

“There’s always been a real drive at the heart of The Armed, one that feels better realised than ever on ULTRAPOP, a record that strains with every fibre to drag hardcore music into territory the scene has never come close to breaching before.” – THE QUIETUS

“The Armed are a hardcore band in the way tomatoes are a fruit.” – ENTERTAINMENT WEEKLY

“Aside from being a seismic and sensational soundscape of all of the most beautiful, brutal and belligerent parts of heavy music, it is also a gaze into how far you can push yourself in the name of your art…” – ROCK SOUND

“by any measures, ULTRAPOP is far ahead in the running to be both the heaviest and the most melodic album of the year…and something that deserves as much attention from the adventurous indie listener as it currently gets from the rock and metal gatekeeping elite.” – THE LINE OF BEST FIT, 8/10

“A bewildering, hideous, harsh, ridiculous but unbelievably joyous and unique thing that cannot be recommended highly enough, as you won’t hear anything quite like it”– BRING THE NOISE UK, 9/10

“one of the most creative and fascinating bands in the world today.” – DISTORTED SOUND, 8/10

“How can a band break all the rules but in the same breath possess an almost commercial sound? It is mind boggling but devilishly exciting…This palate of glittery candy moments blended with the grit is rare to find if not one of a kind.” – NOIZZE, 9.5/10

“deserve to be hailed as one of the most exciting forces in rock.” – STEREOBOARD, 4****

“The Armed want to save us, they want us to imagine better futures and a world teeming with colour and possibilities. The eleven utopiancore anthems they’ve crafted on ‘Ultrapop’ are works of sheer imaginative brilliance, and add up to one of the best albums of 2021 thus far.” – DEAD PRESS

“In their fight against conformity, The Armed altered the shape of punk to come.” – DSCVRD

FOR MORE ON THE ARMED