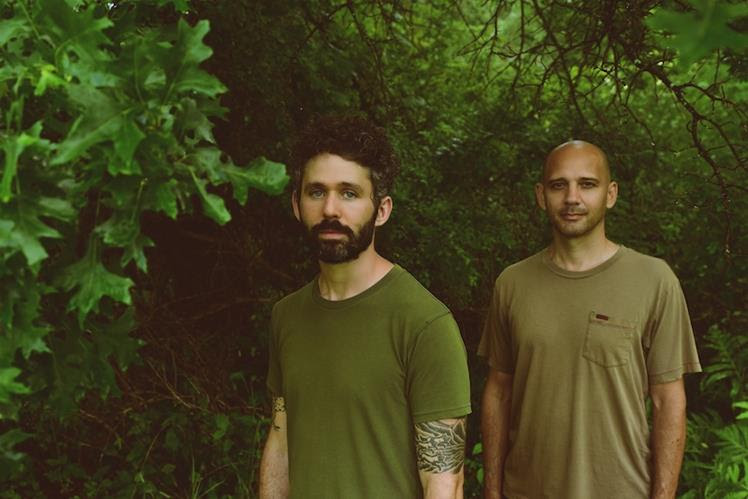 “Given how dark things are nowadays, The Antlers couldn’t have timed this pursuit
any better.” – Paste

“It’s a warm, lovely song, and it’s always nice to immerse yourself in the familiar vocals of Peter Silberman.” – BrooklynVegan on “Wheels Roll Home”

New York’s The Antlers have recently returned to sharing new music after a seven-year hiatus, revealing a handful of singles with what Stereogum has called “twinkling and soothing instrumentation.” Today they have shared “Just One Sec”, another reassuring track from their upcoming album Green to Gold, out March 26 via ANTI-. The song’s bucolic new video was created in collaboration with directors Derrick Belcham and Emily Terndrup and world-renowned contemporary dancers Bobbi-Jene Smith and Or Schraiber. Watch it HERE.

“This song’s about the difficulty of escaping your reputation with someone you’ve closely known for a long time,” lead singer and songwriter Peter Silberman said. “The sentiment of “Just One Sec” is an experiment with temporarily dropping the story between the two of you, offering and receiving momentary forgiveness, and experiencing that freedom. The idea was born out of a meditation retreat we attended a couple years ago, and the instructions of one meditation that I found particularly powerful.”

Conceived and written almost entirely in the morning hours, Green to Gold is the band’s most luminous music to date. “I think this is the first album I’ve made that has no eeriness in it,” singer and primary songwriter Peter Silberman asserts. “I set out to make Sunday morning music.”

Unlike other Antlers albums, Silberman didn’t feel compelled to turn a human experience into a circuitous mythology. He chose a more direct approach: documenting two years in his life, without overthinking or obscuring what the songs were about. “Most of the songs on Green to Gold are culled from conversations with my friends and my partner. It’s less ambiguous about who’s speaking and who’s listening,” says Silberman resolutely.

Perhaps the biggest difference between Green to Gold and The Antlers’ back catalog is its arrival at a kind of quiet normalcy after a number of rather anxious records, in the same way Neil Young’s Harvest Moon does; a softer, gentler album that the august artist made after recovering from a case of tinnitus, an affliction that Silberman has also recently dealt with.

“There’s some David Lynchian quality to every Antlers album, too, but I think this one is our Straight Story — it’s heartfelt and melancholic, and possibly the only film of Lynch’s that’s entirely devoid of creepiness and dread,” Silberman said. “I thought it’d be interesting this time to see what would happen if we excluded that unsettling quality from our work as well.”