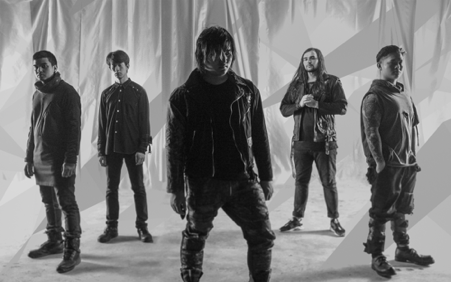 Thai Metallers DEFYING DECAY have dropped a live video for ‘Judas Kiss’. Originally released in January as the second single from their debut album ‘Metamorphosis’, the live version was shot in Yekaterinburg, Russia last month while the band were on tour.

“We’ve had many attempts in the past to create a live video but it never quite worked out as there’s always a technical issues or something at the show goes wrong but now we’ve managed to do it.” Says frontman Jay Euarchukiati. “Playing live is the best thing about being in this band as we love the exchange of energy between the audience and us. If you guys are coming to the upcoming Motionless in White UK dates and never heard of us before this is what you can except from us. We’ll also be filming more live videos like this for our dates in UK as well, so come hang out.”

The video serves as a taste of what to expect when DEFYING DECAY play their first ever UK shows, in support of MOTIONLESS IN WHITE, later this month. Watch it here:https://www.youtube.com/watch?v=YGF1taCK9q0

“It’s really exciting for us to come play in England for the very first time as I attended university there in London”. Says frontman Jay Euarchukiati. “It’s been a long-time dream of mine to have the opportunity to play there, especially with a band like Motionless in White. It’s extra special as they are a band I grew up listening to and also being able to play in a big venue like Forum O2 in London where I’ve personally attended countless concerts as a student makes it almost unbelievable.”

Catch them at the following shows in December:

Tickets for all shows available from https://www.ticketmaster.co.uk/

“Metamorphosis” is out now via Legend Recordings